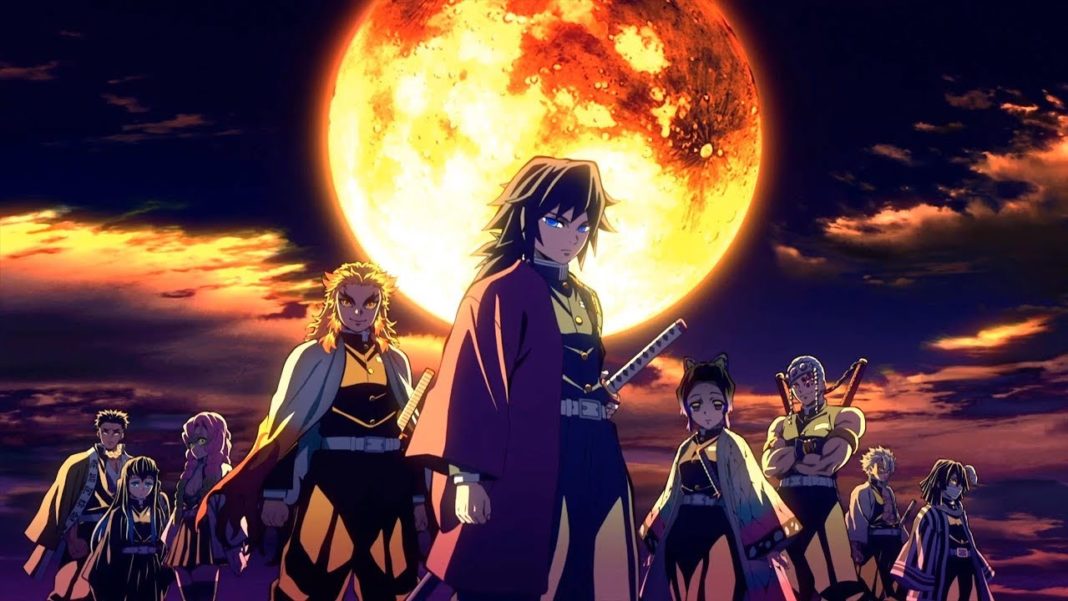 The content included in the upcoming second fan book for Koyoharu Gotouge’s Demon Slayer: Kaimetsu no Yaiba manga has been revealed by Shueisha on Monday. This will include three one-shot manga to the artbook exclusively. Three other one-shot manga appearing in the other publications previously have been included too.

The title of the first manga one-shot is “Tanjirō no Kinkyō Hōkokusho”. It will be showing Tanjiro and other characters after the manga conclusion.

The title of the second manga one-shot is “Totsugeki!! Jigoku no Onitorizai Sanzunokawa o Koete”. It will be showing some of the demons of “THAT TIME”.

The title of the third manga one-shot is “Kimetsu no Dodai”. it will be showing some of Gotouge’s real stories from drawing the manga during its serialization.

“Rengoku Volume 0” one-shot was previously given out as a bonus for theatergoers for Demon Slayer: Kaimetsu no Yaiba- The Movie: Muggen Train has also been included in the Fan Book. The “Nenshi Bangai-han” and “Nenmatsu Bangai-hen” one-shots have also been included. The fan book will be shipping on February 4.

One Punch Man Chapter 132 Has Been Delayed – New Release...