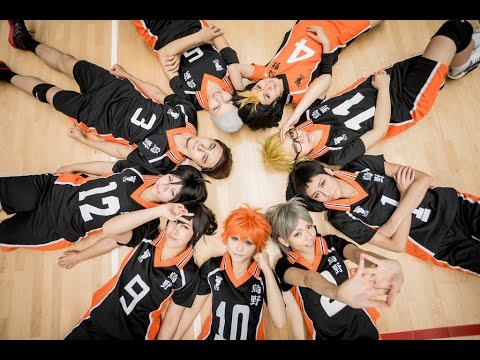 When we talk about anime of Sports Gene -Haikyuu is the first name that comes in our mind. This awesome anime has changed the way we see sports anime. After 3 Seasons and 60+ episodes, this anime has made everyone it’s a fan. The story of the anime based on Volleyball. The story of the anime revolves around  Shōyō Hinata a highschool boy who started loving volleyball but get a tease for his short height. And guess what, Haikyuu Stage play is confirmed.

Stage plays are not a new thing for the Haikyuu franchise. They have launched the stage show project in 2015 and played more than 300 times since then. The official website for the Haikyuu Stage Play announced recently about their 9th project. The ninth Project is named The Strongest Challenger and it is all set to release in Spring 2020. Here is the official trailer for 9th Haikyuu Stage play-

Schedule of The Strongest Challenger

Also read: Haikyuu Season 4- Everything you need to Know!

The upcoming ninth show of Haikyuu will have a storyline full of action. It will focus on the match between Karasuno High and Inarizaki High. Inarizaki High who has a reputation of being the “strongest challengers”. Moreover, In the original manga, it was the second match of the second day in the Spring High National Tournament. The main cast is the same as it was in earlier plays. Furthermore, the advance tickets sales will begin on 23rd February 2020.

The 9th Haikyuu Stage plays release date is confirmed to be Spring 2020. You can pre-book your tickets from 23rd February 2020. More details are yet to be revealed.

Horimiya Manga Ends After 10 Years of Serialization with Chapter 122...