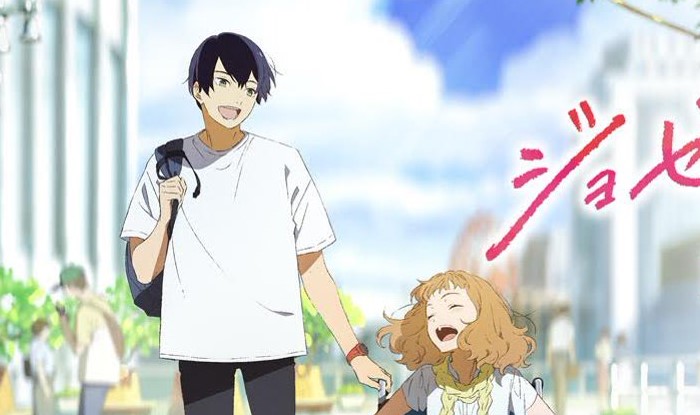 Hey Everyone! Here is a glance at all the anime news. There have been many surprises released by various anime before Christmas. Don’t forget to check them out, all at one place just for your convenience.

1. Josee, The Tiger, and the Fish Anime Film Streams The first four Minutes.

We all have been patiently waiting for this film for a long long time. The official website of Bones has streamed the first four minutes of the upcoming film. The anime will release this Christmas. The movie will further premiere on 25th December, this Christmas.

To know more about the release click here. Also, don’t forget to check out their official website.

2. HBO Max has announced to premiere another bunch of anime in January

Warner Media has announced that anime Re: Zero, Promare, Night is Short, Walk on Girl will feature in HBO max. They have also announced the dates.

The anime Ride your wave, Promark, and Night is Short, Walk On Girl will be shown on HBO Max from January 12. Also, Re: Zero- Starting Life in Another World Season 1 dubbed will feature from January 15.

Previously HBO Max had also announced to Premiere Jujutsu Kaisen in English dubbed. You can read more on it here. It has also said to add The kingdom of Dreams and Madness documentary. Never-Ending Man: Hayao Miyazaki documentary will also be featured on January 12. To know more about click here to visit the HBO Max media highlights.

3. Laid Back Camp Season 2 has released the full trailer for Christmas

Yuru Camp’s second season has released it full trailer of its upcoming season. The trailer previews Nadeshiko and Rin celebrating their New Year holiday. It also features the opening theme song” Seize the Day” and the ending theme song, “Haru no Tonari”.

We have to wait a bit longer for the Tokyo Babylon 2021 television Anime. The anime was planned to release in April 2021. But a staff mentioned that the anime is due to a plagiarism related incident related to two characters. To prevent any such obligation in the future they have to reschedule it.

The official website has confirmed that the anime Miss Kobayashi’s Dragon Maid S will broadcast in 2021. Furthermore, they have also released PV of the Kanna, Tohru, Elma, and Lucoa.

The story of Poupelle of Chimney Town is in a smokey town with a wall on all sides. The wall of 4,000 meters surrounds the town. The town consists of a lot of chimneys which makes the air is full of smoke. To know more about the upcoming film click here to visit their official website.

7. Kamen Rider Franchise has panned a big project to celebrate its 50th anniversary

The Toei animation has stated that in order to commemorate the 50th anniversary of the Kamen Rider Saber television series. The director Shinichirо̄ Shirakura did not reveal much about the big plan. They have also released the latest Kamen Rider Saber Film on December 18th.

Netflix has not mentioned the premiere date of the anime as such. But they have confirmed the Aggretsuko Season 4. The plot of the anime will be relatable to most office goers. Also, the genre is a comedy, Slice of life, and music.

Funimation will stream the anime series in the United States, Canada, the United Kingdom, and Ireland. Further, Anime Lab will stream it in Australia and New Zealand. The original series of Skate Leading Stars will premiere on Tokyo MX from January 10. The other channels such as BS11 and MBS will broadcast it from January 12.

Furthermore, J.C Staff is producing the anime television series. Gorō Taniguchi has created the anime and Toshinori Fukushima is the director. Moreover, to know more click here to visit Funimation.

This is all about the news update for today. Merry Christmas to all our viewers. For more updates stay tuned to SpoilerGuy. Be sure to stay tuned for more updates. “This blog is written by Spoiler Guy.” Be sure to follow us on our social media accounts Facebook, Twitter, and Instagram for more interesting and the latest updates.