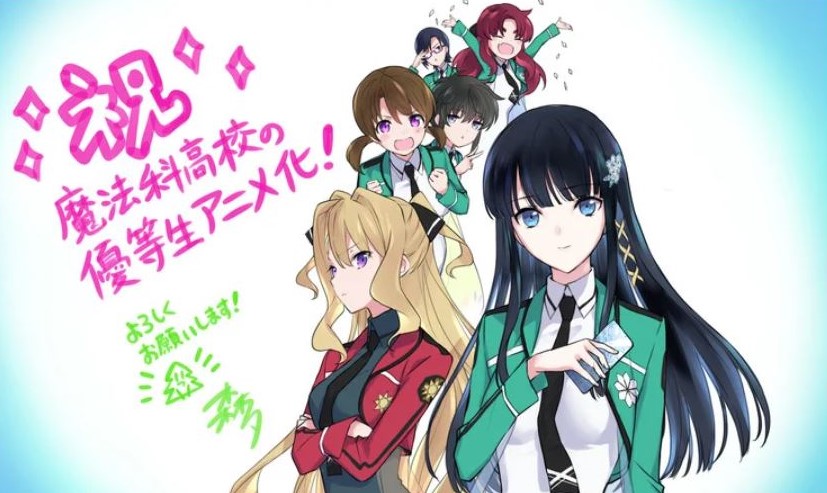 Hey Everyone! Waiting for the latest updates of your anime. Here is a list of all the anime-related news at a glance. Many anime have announced their Season 2 in the upcoming year. All the latest updates are in one place, just for your convenience.

1. The Honour Student at Magic High School Manga gets an anime adaptation.

Further, Yen Press is in charge of publishing the light novel series of The Irregular at Magic High School. Mori’s Spinoff manga has inspired the upcoming TV anime in 2021. Moreover, the anime marks the 10th anniversary of the franchise. To know more about the anime, click here to visit their official website.

The official Twitter account of Kadokawa has announced that the Non Non Biyori manga will come to an end. Further, It has served us for 11 long years. The manga will end on the April 2021 issue of Comic Alive magazine. It will ship on February 27th.

It has also announced to premiere Non Non Biyori third Season TV anime in the upcoming year. To know more about the upcoming season in detail, click here.

3. IDOLiSH7 Anime to get a third season

According to the reports, IDOLiSH7 third Season anime will release. Further, the Second Season of IDOLiSH7 came to an end on Sunday. Previously the 5th episode of IDOLiSH7 S2 got delayed due to COVID-19. To know more about their upcoming season, click here to visit their official website.

The New Prince of Tennis: Hyōtei vs. Rikkai anime will have released a promotional video. It will further start airing from Feb 13, 2021. The video previews the anime’s theme song, 1/2 no Mirai e or Toward a 1/2 Future. It reveals the first part of the anime in the U-Next streaming platform.

Moreover, the anime has also released a teaser visual. It is also said to open in the theatres on the same day. To explore in more detail, click here to visit their official website.

The anime Suppose a Kid From the Last Dungeon Boonies Moved to a Starter Town will stream from January 4. Muse Asia will stream the anime on its official youtube channel. Further, the anime will release the episodes every Monday at 8:00 pm IST. The anime will also be featured in AT-X, Tokyo MX, BS11, and Sun TV.

Toshio Satō has written the light novel with Nao Watanuki as the illustrator. Yen Press will further release the light novel series in English. Previously the anime was set to release in October but got delayed to January.

This is all about the news update for today. For more updates, stay tuned to SpoilerGuy. “This blog is written by Spoiler Guy.” Be sure to follow us on our social media accounts, Facebook, Twitter, and Instagram, for more interesting and the latest updates.