Spoiler Guy
Home Discussion Anime Shows that are Similar to The Rising of the Shield Hero! 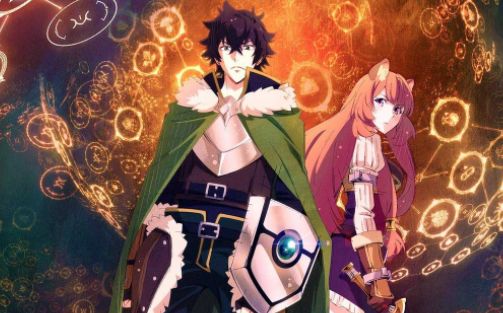 What if one day you wake up from your sleep and find yourself summoned in the parallel world? Sounds cool, right? Well, this is also the story of the anime: The Rising of the Shield Hero. The plot revolves around a boy named Naofumi Iwatani, who gets invoked in the parallel world with the responsibility of a Cardinal hero. Gifted with the legendary shield, Naofumi couldn’t be any more grateful. It was soon enough that his sole defensive equipment gets robbed by someone he trusted. With no powers left by his side, he faces the criticism of several people and decides to rise from the ashes. Today, we are certainly going to talk about some anime shows that sound similar to The Rising of the Shield Hero. Why not start with something popular and ecchi?

The only thing that I would like to say here is – watch at your own risk. This show showcases the world of angels and demons with some real-time romance. Archangels, fallen angels, and devil beasts belong to a portion of the student population unknown to regular human beings. Issei Hyodo, a sexually aggressive second-year human student who lives a happy life, is one of these students. One day after school, a girl named Yuma Amano unexpectedly asks Issei for a date. Who knew that this date would turn into a life-death situation?

Classroom of the Elite

Dunno why, but I am pretty much obsessed with this series. I still cannot process the fact that it won’t get a sequel anytime soon. Imagine being an introverted guy in your school with a top gear mind. Similar is the situation of Kiyotaka Ayanokōji. He is a quiet and modest young man who resents having friends and prefers to keep his distance from everyone. Being a student of class D, all his classmates are looked down on by everyone. Can the students of class D climb up the walls of failures that have been imposed on them? Well, this will remain unanswered till you watch it.

That Time I Got Reincarnated as a Slime

Satoru Mikami, a 37-year-old corporate worker in Tokyo, is a normal bloke. Even though he still has no girlfriend, he is more than satisfied with his monotonic life. An attacker appears out of nowhere and stabs him during a casual confrontation with his co-worker. A distant voice echoes through his head as he succumbs to his injuries, reciting a series of instructions he couldn’t understand. The dead Satoru is now reincarnated as a young Slime in a different world with some astonishing powers.

Also Read: Top Anime to watch if you like That Time I Got Reincarnated as a Slime

All the otakus are now pretty much familiar with the word Slayer. The show Goblin slayer still has a lot to offer. Explorers from all over the world come to join the Guild in this fantasy world. They fulfill contracts to gain gold and fame. An amateur priestess meets her first adventurers, but her first deal with goblins goes awry, putting her in danger. While the rest of her party is washed out or rendered useless, she is aided by a man described as Goblin Slayer, an explorer whose sole objective is the ruthless annihilation of goblins.

Nothing can match the stardom of this series in terms of animations. Ufotable has indeed done wonders with the Fate series. To be precise, this adventure fiction is truly a masterpiece. Ritsuka Fujimaru and Mash Kyrielight are appointed with the last Singularity after their success in the Camelot Multiverse. With some more godly animations and fearless fights, this particular series is surely on the list of anime that are similar to The Rising of the Shield Hero.

That’s all for today folks. Hope you liked this article on “Anime Shows that are Similar to The Rising of the Shield Hero!”. For more such articles and recommendations, Click Here.