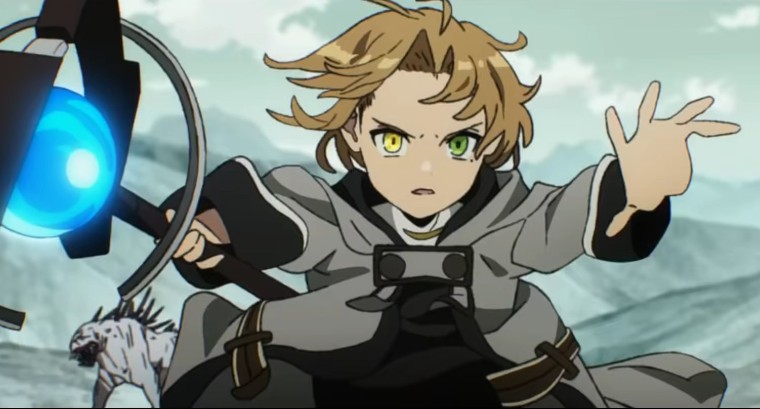 Liked by more than 97% of the viewers, this Isekai anime is a perfect combination of adventure and fantasy. To keep the vibe in check, Bind studio has cleared the release date of Mushoku Tensei season 2 for July 2021. Till then, we are going to suggest you five anime similar to Mushoku Tensei.

There has been a lot of talk about Mushoku Tensei: Jobless Reincarnation recently. The story features a 34-year-old NEET who dies in a truck accident and gets reincarnated as Rudeus Greyrat. He then moves on an adventurous journey to discover new things.

That Time I Got Reincarnated as a Slime

The plot discusses the life of a 37-year-old Satoru Mikami, working as a corporate employee in Tokyo. Stabbed by an assailant, Mikami falls victim to many injuries during an encounter with one of his colleagues. Gifted with the power of a Predator after reincarnation, he develops the ability to copy the appearance and style of anything that he slaughters.

Moving further in the story, Satoru befriends a dragon who was sealed for 300 years. The dragon then blesses him with divine protection. If all the things fall in place properly, the second season of this anime will be released in April 2021. The unique plot and strong male lead make Slime a contestant for anime that are similar to Mushoku Tensei.

Watch That Time I Got Reincarnated as a Slime on NETFLIX.

SAO is another one of those anime that are just like Mushoku Tensei. Sword Art Online is known for its animation quality and storyline after the first season. Kazuto Kirigaya, popularly known as “Kirito” is the main character of this show. Kirito was amongst the 10000 players of the game SAO that were struck inside the game and were unable to log out.

With time, they realize that to free themselves from the game, they need to clear all the floors of Aincrad, a castle created by Kayaba. He also declares that the players who lose their lives in the game will face similar consequences in real life. It reveals the adventurous journey of Kirito in different seasons that you can watch on any anime website.

Thors Sonrresson, former commander of the Vikings, is trapped in an ambush by Floki, the Jomsviking. Thorfinn, son of Thors, departs with his father on the same ship without letting him know. Later on, Thors gets devoured by Askeladd’s troupe that took Thorfinn as a hostage.

With revenge in his eyes, Thorfinn joins Askeladd’s crew to avenge his father. During this journey, Thorfinn challenges Askeladd several times but ends up losing. Askeladd dies after a clash between two Viking bands, destroying the dream of Thorfinn of avenging his father.

Praised for its storyline, NGNL reveals the virtual life of two siblings who work as a duo wherever they go. Sora and Shiro enter into a world where the fate of everything is decided on a game. Both the siblings after beating the princess of Elkia, make their way into her palace.

Shiro defeats Kurami in a game of chess and conquers the palace with his brother Shiro. Following several events, the undisputable duo faces off against Werebeasts to restore the balance and peace in Elkia. Fans have been desperately waiting for the second season of No Game No Life but, it seems that the probability of the same happening is very less.

Watch No Game No Life on NETFLIX.

The Rising of The Shield Hero

We all have read heard of the Parallel Universe but, does something like that exist for real? Naofumi Iwatani is invoked as a Cardinal hero along with three other men in a parallel world to fight monsters. All the fighters are equipped with legendary armors, with Naofumi acquiring the legendary shield. This show has surely made a place in our list of five anime shows that are similar to Mushoku Tensei.

Betrayed by his companion, Naofumi is falsely alleged and defamed by the kingdom’s princess, leaving him in a scarcity of goods and supplies. He starts training as a lone hero to make the ends meet and with the hope of turning things around very soon.

The Rising of a Shield Hero is Available to Stream on Anime Planet.

Anime Like To Your Eternity That You Must Watch