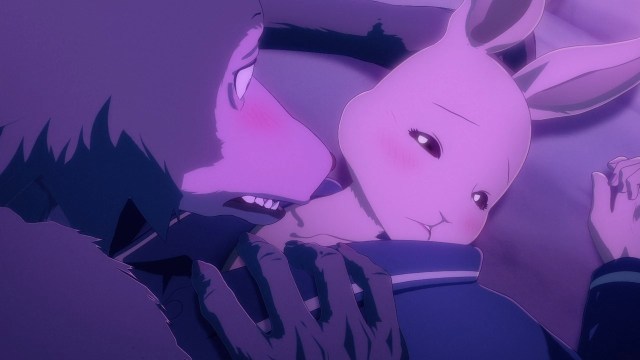 Beastars is amongst those anime that was on an award streak in the year 2018. As the name suggests, the plot revolves around a gray wolf, Legoshi, who is a student of Cherryton Academy. If you love to watch shows based on drama and fantasy, you’re at the right place to know more about anime that are similar to Beastars.

Legoshi, who lives in a dorm with his Labrador friend, Jack, and many other carnivore students, takes the authority of solving the murder case of Tem. He wishes to suppress his desires as a predator which somehow grows wilder after he started developing feelings for Haru.

Anime that are similar to Beastars

In this article, we have mentioned a list of anime that have a lot in common with Beastars. In some, it’s a similar plot, while others have similar character designs and cast. Without any further ado, let us begin –

Studio MAPPA has been doing wonders in the anime world for a very long time. Kakegurui is another example of a gem by this studio. Released in the year 2017, it features the story of a second-year high-schooler, Yumeko Jabami, who seems to be a sweet and beautiful school girl.

As time passes, everyone gets to know about the gambling that Yumeko has been gambling compulsively. Turned down by the student council, she shuffles the hierarchy of her school, drawing the attention of the whole council.

To keep the suspense of ghouls continued this show is divided into prequels and sequels. The biggest challenge faced by Kaneki, a half-human hybrid ghoul is to keep his identity hidden from his best friend.

Betrayed by his date, Kaneki is taken into a hospital after he is attacked by a ghoul. Later, he learns that his body has transformed into a half-ghoul, making him another member of the ghoul society.

From a post-apocalyptic future, it surrounds the life of a half-human reptile, Caiman, who is transformed by a sorcerer. The whole plot takes place in two different dimensions, the hole, and the sorcerer’s world.

Even though it seems like humans and sorcerers are the same, the truth being that both of them are quite distinct. After turning into a reptile, Caiman and his friend Nikaido start assaulting the sorcerers to slaughter their heads and consume them.

If you love watching emotional drama, then nothing can match Koe no Katachi. Shoya Ishida, a depressed high-schooler who intends to end his life, changes his mind after remembering his elementary school days. He quickly recalls how he bullied a deaf student, Shoko Nishimiya, and wishes to meet her again.

After crossing his path again with Nishimiya, Ishida realizes how dumb he was during his childhood days. Later, Shoya and Shoko start falling for each other which makes it somewhat easy for him to stay out of anxiety. Trying to jump from her balcony, Shoko is saved by Shoya, who falls into the river.

5. I want to eat your Pancreas

You must be wondering that how does Kimi no Suizou wo Tabettai resembles Beastars? Well, both of them revolve around a love cycle that isn’t meant to happen in real. Haruki and Sakura were two high-schoolers who befriend each other despite being total opposites.

Haruki realizes that Sakura is left with very little time as she is suffering from a pancreatic illness. Sakura promises Haruki that she will let him know about her final days and wants to spend more time with him. The very next day, Haruki watches a piece of news claiming that a girl was murdered in the shades. Haruki breaks into tears when he finds out that the girl was none other than Sakura.

Anime has gained a lot of popularity recently worldwide. People are trying to mold their favorite genres after watching a wide range of shows. We hope that you Otakus will surely love these anime that are similar to Beastars.