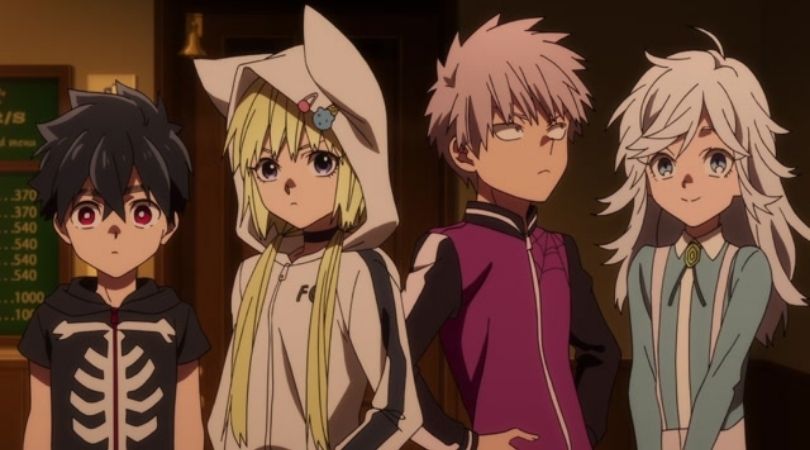 Kusaka, a young boy inclined towards helping friends even with his life, was gifted with immortality and an immense amount of strength. Later, he starts believing that the bodies of his parents are the source of the vessel for the Calculi. Being a very slow pace anime in terms of its release dates, we are here with a list of anime similar to Kemono Jihen.

Dark fantasy and Supernatural are some of the most preferred genres when it comes to anime. Written by Shō Aimoto, Kemono Jihen focuses on Kabane Kusaka, a 13-year old ghoul that is a human hybrid. Presumed to be abandoned by his parents, he was forced into child labor by his aunt.

Commonly known as Dorotabo, Kusaka possessed a very kind and straightforward soul. With time he learns that the reason behind his parents abandoning him was not the Life Calculus that turns him into a ghoul, but something else. Here is the list of some underrated anime that are Similar to Kemono Jihen –

It is a thrilling story of a young Quirkless kid who dreamt of becoming the number one hero. Izuku Midoriya, a kid with no quirk, wanted to become a hero just like his idol, the All might. Let down by his peers many times, Midoriya was chosen as the successor of the quirk “One for All” by none other than the All might.

Can he use the full power out of his quirk, One for All? It’s still unclear for the fans till now. Season 5 of Boku no Hero Academia is going to embrace the answers to these questions that may eventually lead to the arousal of many more unanswered questions.

You can stream the anime officially on NETFLIX.

Nanatsu no Taizai, popularly known as Seven Deadly Sins, is an anime based on dark fantasy, supernatural powers, and adventure. Meliodas, son of the demon King and Elizabeth, third princess of Liones’ are cursed by the Demon King and the angel of God’s grace for betraying their kinds to stop the Holy War.

Disbanded ten years ago, Meliodas moves on his way to unite all the Sins to save the kingdom of Liones from the Wrath of Fraudrin, the demon who manipulated the Holy Knights. With time, the Seven Deadly Sins realize that the real war was yet to begin against the ten commandments of the Demon King.

Welcome to the world of sorcery at Jujutsu Tech. If you love to watch action and fantasy, Jujutsu Kaisen Season 1 is one of the best options to watch now. Itadori Yuji, a high-schooler whose body is taken hostage by one of the most feared cursed spirits of ancient times. Supported by his teacher Gojo Satoru, Yuji learns to control the source of his cursed energy with time.

Making a special entry into the minds of viewers, it is surely one of the best shows released in 2020. The first season of Jujutsu Kaisen is all about Itadori and his colleagues fight a wide range of cursed spirits ranging from low grade to special grade. With its last episode to be aired in March 2021, fans are desperately going to wait for the sequel.

Similar to Kemono Jihen, the story revolves around a student who turns into a Ghoul after barely surviving a deadly attack from his date, Rize Kamishiro. Ken Kaneki is then taken to the hospital where he realizes that he has turned into a half-ghoul after regaining consciousness. The only way he could survive was by consuming human flesh. Tokyo Ghoul surely ranks at the top of our list of anime similar to Kemono Jihen.

The series is divided into a prequel and a sequel with the same main character. The biggest challenge faced by Kaneki was to keep his identity hidden from his best friend. Viewers are going to love this show if they have developed some interest in Dark Fantasy, Horror, and Supernatural thrillers. You can stream Tokyo Ghoul on NETFLIX.