Spoiler Guy
Home Discussion Top Anime to watch if you like That Time I Got Reincarnated... 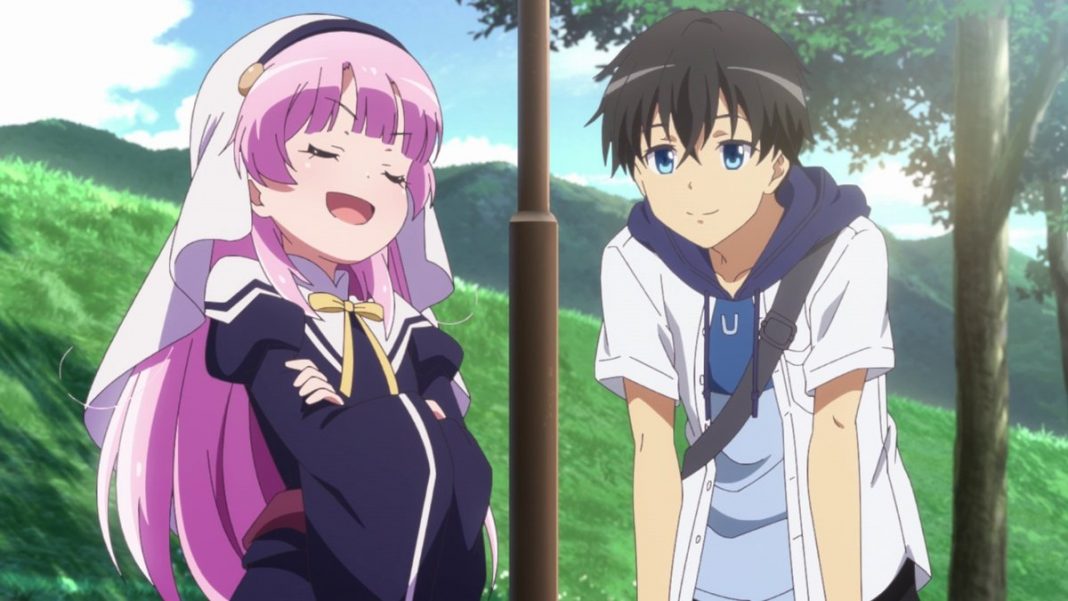 Imagine watching your favorite character die in a series. It’s gonna be quite painful. But what if the same character gets reincarnated and that too in an overpowered form? It will surely be a delight to your eyes. Today, we will talk about Anime similar to That Time I Got Reincarnated as a Slime.

That Time I Got Reincarnated as a Slime Season 1 discusses the life of 37-year-old Satoru Mikami, who dies after getting stabbed out of nowhere. As soon he gains consciousness, Satoru realizes that he has been reincarnated as a Slime in a different world. Blessed with a new life, Satoru is also gifted with the skills of a Predator.

Therefore, without further ado, let’s jump into the List of anime you should watch if you have enjoyed The day I got reincarnated as a Slime.

From the world of virtual gaming, Overlord is another isekai anime with dark fantasy. Moving into the far future, an Online multiplayer game YGGDRASIL is released with the players getting superior abilities, making it different from other online games. The game is about to shut down after 12 years of ups and downs.

Overlord, a skeletal character named Momonga, is the Ainz Ooal Gown guild leader who used to at the top of the game once. Momonga finds out that the game hasn’t vanished with the game nearing its end but instead transported to another world. He gets stuck in the game and is not even able to log out or message others. Finally, he sets on a mission to find if someone else is stuck with him in the game and is trying to move out. Furthermore, anime is available in Funimation. Give it a watch if you still haven’t watched it.

Senku Ishigami, a 15-year-old boy, is revived when the human civilization is on the verge of extinction after getting petrified 3,700 years ago. Senku wishes to learn the reason behind the petrification and his resurrection all of a sudden. After examining for more than 6 months, his old friend Taiju Oki is revived with nitric acid.

Witnessing his closed ones getting revived, Senku plans to recreate the old human civilization petrified, but Tsukasa Shishio, a martial artist, opposes him. Tsukasa tries to kill Senku after realizing that he’ll restore the old world by all means. The anime is available in Crunchyroll as well as Funimation. Therefore, do give it a watch if you like the synopsis.

NEET, a 37-year-old Japanese, is resurrected as Rudeus Greyrat after dying in a truck mishap. Born in a world of Witchcraft, Rudeus grows highly skilled in magic with time. Blessed with a new life in a baby-body, he resolves to create the best life for himself with hard work.

Happy with his new life, Rudeus finds out that his land has been affected by a magical stroke, leading to the deaths and murders of thousands of people. Rudeus determines to save Eris Boreas Greyrat, a noble debutante, no matter what it takes for him. The anime is also known as Mushoku Tensei: Isekai Ittara Honki Dasu. If you are impressed with the anime plot, you can watch it in Funimation.

You can also read: Anime Similar to Beastars

It is a Japanese Anime Television series that twirls around an Online multiplayer role-playing game, Elder Tale. The game has reached a new milestone recently with the support of millions of players. As soon as the 12th expansion pack of the game is released, more than thirty thousand pros who were logged in at the time of update are moved to a pragmatic world with their in-game avatar.

Shiroe, along with Naotsugu and Akatsuki, decides to beat the game and return to his original form. The road to the real world will surely be tough, but Shiroe is all set to face the challenges and problems that the new world has to offer.

These are some of the gems that we shortlist to keep your love for isekai and adventure evergreen. We hope you’ll enjoy these anime the most and come back super soon to us for more suggestions.