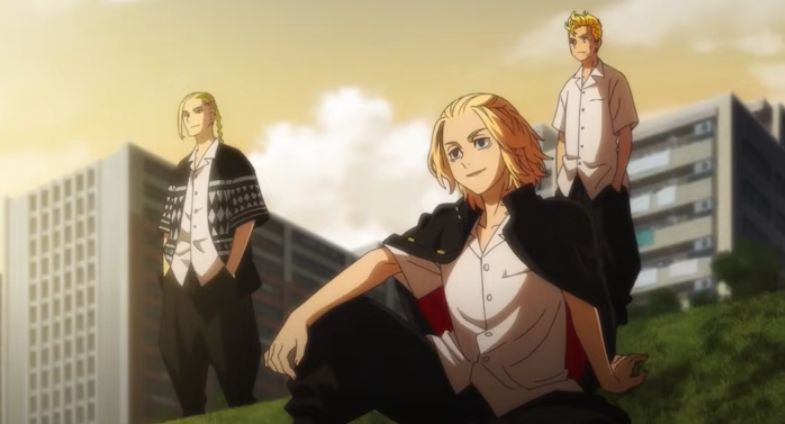 Well, we all have heard of this series that has taken over the anime industry in just a month. No wonder why this anime is in a lot of fuss these days. Given its storyline and intense situations, it is sure to climb up the ranks of the best summer anime. The story revolves around a boy named Takemichi Hanagaki, who has set himself to change fate by traveling in the past. Going through the worst conditions of his life, Takemichi learns that his ex-girlfriend, Hinata Tachibana, was slaughtered by the Tokyo Manji Gang. Challenged by fate itself, Takemichi decides to time-travel 12 years back to save Hinata from getting devoured. In this blog, we’ll be suggesting to you people some anime similar to Tokyo Revengers in one way or another. Without any further ado, let’s have a look at some of them.

One of the best anime of fall 2020 clashing with the upcoming best anime of summer 2020, nothing can be better than this. Keeping all this aside, I find Eren Yeager, the protagonist and the antagonist, similar to Takemichi. They both have lost someone quite close to them. Although Eren sets ablaze with the killing streak, Takemichi has some other plans. He just wants to save his ex-girlfriend from facing death. Furthermore, if you like to watch a shonen series with a lot of action, Attack on Titan is a must for you.

Another interesting show revolves around a mysterious guy who just wants to transform the whole system of Tokyo by leading the Order of the Black Knights. Lelouch, the protagonist as well as the antagonist is the Eleventh Prince of Britannia. Watching the dead body of his mother after getting murdered, Lelouch chooses the path of revenge. Can he avenge his mother and sister? Or is he going to fail with his ambitions? After watching this terrific show, you will soon realize why this anime is similar to Tokyo Revengers.

Anohana: The Flower We Saw That Day

One of the most popular slogans in anime history: “Menma, we found you” belongs to this show. When the ghost of one of their deceased friends appears and insists that they grant her last wish, five childhood friends reunite. Indeed, this is one of the shows that can make you cry in just a few episodes. Menma, the spirited ghost, wants her last wish granted. When her childhood friends, who got separated from each other, realize her dream, they couldn’t control their emotions.

We all have several childhood memories of this show. No matter how much a person debates over the power of Goku and Vegeta, Beerus is still ahead of them. The plot of the series starts with the outcome of the Majin Buu Saga before retelling and altering the stories of Dragon Ball Z: Battle of Gods and Dragon Ball Z: Resurrection ‘F’ as new storylines. The Dragon Team searches for the Super Dragon Balls in the next episode of Super, which takes place in Universe 6.

Another anime that matches the genre of Tokyo Revengers. To be honest, even I was skeptical before watching this anime concerning the quality content. As time passed, I do realize that this show has some classic supernatural and dark fantasy moments. The story is pretty much distributed in different arcs that you will surely enjoy the most. The first series follows a familial rivalry between the Joestar family and different forces of nature, the most influential of which is Dio Brando and his henchmen. That being said, I don’t feel like spoiling the show by giving more spoilers. You can watch this show on any anime websites or OTT platforms, whichever you find perfect.

That’s all we have for today guys. Hope you enjoyed this article. If you did, be sure to visit us again, for more interesting articles click here.