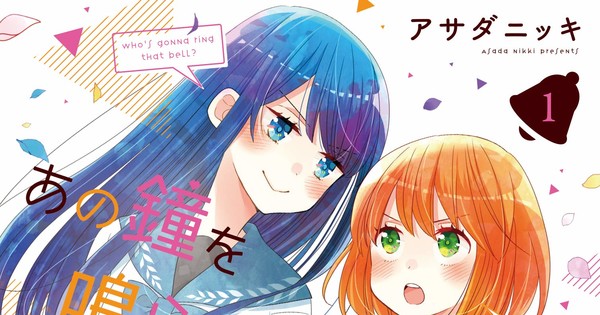 Sad news for all the “Ano Kane wo Narasu no wa Sukunakutemo Omae ja nai” lovers. The March issue of  Akita Shoten’s Princess magazine concluded on Friday. It was revealed that the manga would end in the April issue, i.e., to be shipped on March 5th.

The latest manga from the illustrator for the Sound! Euphonium novels comes to an end. https://t.co/awrLGvXNtv

Chika and Aya fall in love with the same teacher. A dramatic moment of love, passion, and competition is created. Filled with suspense, the plot is beautifully written. Determined to win the teacher as the Ultimate reward, Chika and Aya ruffle through any means necessary to win. In the process, Chika gets to know the True Nature of Aya accidentally.

The manga was launched in Princess in May 2019 by Asada. The second compiled volume got published by Akita Shoten in September 2020.