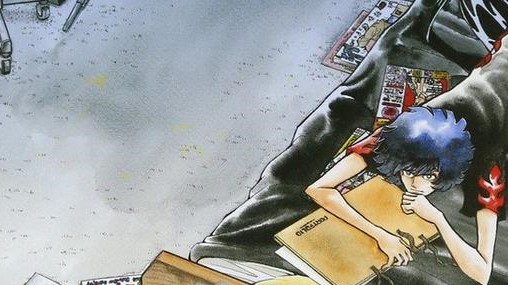 It finally Waiting for the next release Aoi Honō Manga! Well, the November issue of Shogakukan’s Gessen magazine has announced to publish the final chapter of its first part. Furthermore, it has also added to continue the release of its second part in its February issue. The first part of the manga is Blue blazes. It is written and illustrated by Kazuhiko Shimamoto.

Aoi Honō is a Japanese manga series. Kazuhiko Shimamoto’s Aoi Honō revolves around a fictionalized account of his own college years in the early 1980s. when he attended the Osaka University of Arts alongside Hideaki Anno, Hiroyuki Yamaga, and Takami Akai. The manga was also been adapted as a Japanese television drama. It was from July 2014 to October 2014. You can further visit Viki to watch the live-action drama with English subtitles.

The manga revolves around our protagonist Moyuru Honō. he is a first-year student at the university of fine arts Osaka. His passion and aims centers around becoming a manga creator and an animator. The manga also includes a fictionalized version of the founding members of  Gainax anime studio. Which includes Hideaki Anno, Hiroyuki Yamaga, and Takami Akai.

More on the manga!

Our mangaka Shimamoto has launched the manga in Shogakukan’s Weekly young Sunday magazine. Where it ran from 2007 to 2008 because the magazine closed. Later it ran as a spin-off manga in the Spirits Zokan YS Special. It finally got itself featured in Gessen’s monthly Shonen Sunday permanently. The manga has published the 23rd compiled book volume on June 12. The Japanese government’s Ministry of Cultural Affairs named the Manga ONE of the Jury Recommended Works. In the manga division of the 13th Japan Media Arts Festival awards in 2009. In the following year, the manga made it to the nominations for the third Manga Taisho awards.

The New Prince Of Tennis Has Revealed Key Visual And Much...