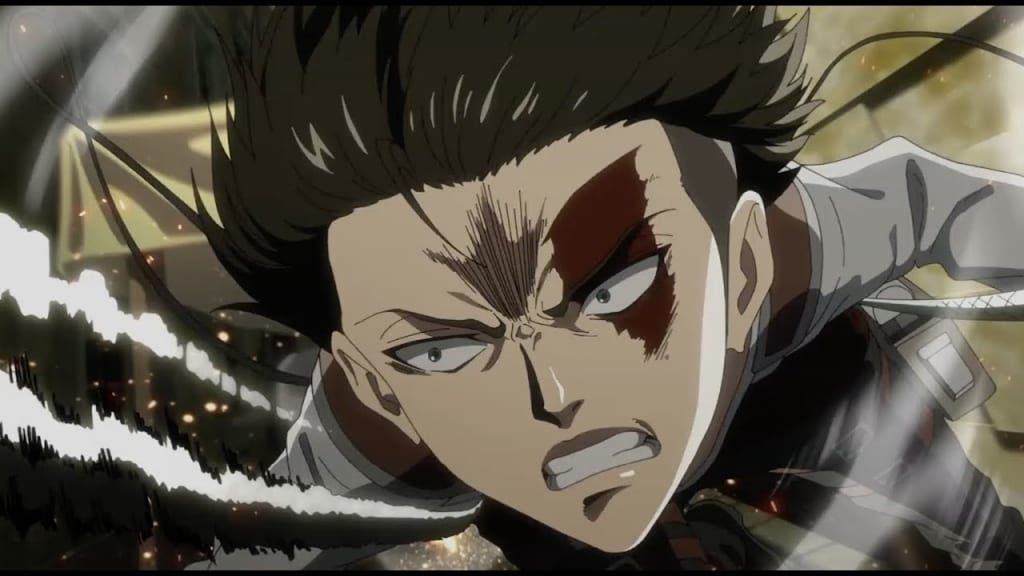 Readers are full of beans for Attack on Titan Chapter 128, while viewers are looking forward to the final season of Shingeki no Kyojin.

The Attack on Titan manga aired its 127th chapter a while ago, fans are eagerly waiting to read AoT manga 128, and why not? The next chapter might cover up Eren’s side of the plan.

Before starting with the details of Shingeki no Kyojin Chapter 128, let us have a quick recap at the previous one:

The 127th chapter of SnK manga aired on 9 March 2020. The chapter was titled, “End’s Eve”. The chapter revolves around Survey Corps, Marley Military and Anti-Marleyan Volunteers getting together and planning to stop Eren’s Rumbling.

The fan-favorite character for this chapter has been Yelena. Hajime Isayama did an amazing job of portraying her character. In the beginning, Yelena had been portrayed up until this point as someone who worships chaos. However, in the previous chapter, her side of the story has been revealed.

The chapter ends with Floch Forster taking captive Kiyomi as a hostage with a pistol in hand.

Attack on Titan aka Shingeki no Kyojin Chapter 128

Updates: Recently, Kawakuno Shintaro, the editor of Attack on Titan manga recently gave an update regarding the upcoming chapter. According to him, the work on Shingeki no Kyojin manga chapter 128 is complete, and it’s a matter of time until the manga gets out. Here is the official tweet:

Moreover, Readers all around the globe are now looking ahead to his work on Attack on Titan Chapter 128.

As the end of the manga approaches the readers, they have high hopes for how the ending turns out to be.

Levi won’t die until he fulfills the promise to kill Zeke. A plot twist is highly expected in the upcoming chapters of Attack on Titan. According to our predictions, the ending might be similar to Code Geass. However, based on the creator’s previous records. He always comes up with something unexpected.

Previously, the creator has said – The End of Attack on Titan manga won’t be a happy end.

The official twitter account for Attack on Titan Wiki confirms the release date for SnK chapter 128 on Thursday, 9 April 2020. Other important details and leaks for this chapter will be out a week before the official air date. Here is the official tweet:

Note: We do not create spoilers or leaks. All the details are available on the internet.

Where to read AoT chapter 128?

You can read Attack on Titan Chapter 128 officially on Kodansha Comics. Fans can also buy the original copies of the manga to support the creators. We highly condemn the use of streaming anime or reading manga on an unofficial website.

While you wait for Shingeki no Kyojin 128, make sure to read our recent on Boruto Chapter 45, Kaguya Sama Season 2, and Dragon Ball Super 2.

There have been many discussions, theories, and predictions regarding AoT chapter 128. Moreover, the spoilers and leaks are basically the raw scans, that are being translated by the popular translators on the internet. But you may not worry, we will make sure to add the leaks and spoilers to the article, as soon as they’re out.

You can put your opinions regarding Shingeki no Kyojin Manga chapter 128 – in the comment section below. Furthermore, the spoilers of Attack on Titan 128 are expected to be released on 7th April 2020.

Attack on Titan aka Shingeki no Kyojin is a popular Japanese manga that started airing back in 2009 by Hajime Isayama. As of December 2019, the manga has 100 million copies in print making it one of the best selling manga series. Later on, the manga got an anime adaptation with the same name. As of now, the manga has aired a total of 127 chapters, Attack on Titan chapter 128 will be out soon. Here is the official trailer for the series:

So, that’s all for today. Furthermore,  Make sure to follow our Social media accounts for exclusive Anime news, spoilers, and leaks. Do read our recent on Demon Slayer Season 2.