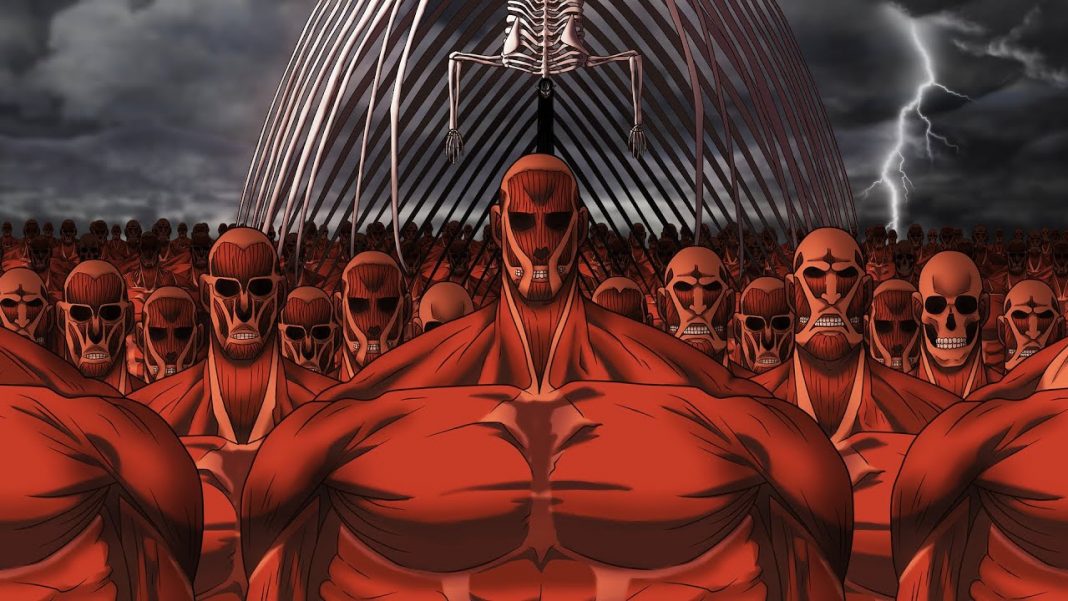 Attack on Titan manga gets closer to its climax with 3 remaining chapters left to the plot. The previous chapter of the manga adds more drama and strain to Eren and the Alliance’s conclusive fight. As per a recent update from Kawakubo Shintaro, Attack on Titan Chapter 137 is already made. The staff is now ready to work on the second last chapter of the Shingeki no Kyojin manga.

This post includes spoilers, leaks, raw scans, and other necessary information regarding the forthcoming Shingeki no Kyojin manga chapter.

The ending of the previous chapter of Shingeki no Kyojin manga took every Levi fan on the verge of tears. Now then Zeke is back, Levi might have his final confrontation with Zeke soon. Moreover, at this point, it is clear that if the alliance wants to stop Eren, then they will have to kill him.

Update: As per AOT Wiki, Attack on Titan Chapter 137 is now out. You can read it online on the official manga source.

Shingeki no Kyojin Chapter 137 Release Date – When will it air?

The SNK manga drops a new chapter every month until there’s a delay. As per the releasing schedule, AOT chapter 137 will release on 9 February 2021 in Japan.

Where to Read SNK Chapter 137?

All the chapters of Shingeki no Kyojin manga are available to read on Kodansha. You can read the 137th chapter of Attack on Titan manga officially on Kodansha Comics, as well.

We highly condemn piracy to read the manga. You can buy the manga volumes to support the creator and its staff.

The leaks and spoilers are now out for the upcoming chapter.

While we highly await for the raw scans to drop. The Attack on Titan leaks just got out on Twitter. As usual, we are one of the first to bring you the exclusive details regarding the leaks. The spoilers for chapter 137 brings us an unexpected plot twist.

The Shingeki no Kyojin manga is ending in 3 chapters from now. We did expect the ending to be a little hurried. However, we aren’t ready for the chapter yet.

Please note that the spoilers’ source is reliable, but the leaks’ events are quite hard to believe. Anyway, here Is what’s available on the internet so far:

Chapter 137 of the manga continues Armin and Zeke’s discussion. Ever since the beginning, we got to see Zeke’s affection for baseball; he looks at the baseball. Countless people are dying, Armin decides to leave Paths.

On the other hand, Annie is in danger, but the colossal titan comes to her aid. Pieck lost her hand, and Gabi shot the Okapi titan. Ymir titan, Grisha titan, and Mikasa save Armin. Zeke waves at Levi, showing his half body. Levi goes berserk and takes down Zeke, and the rumbling stops(?) Jean, on the other hand, cuts off Eren titan’s head. Eren tries to recover, but Reiner stops him.

There’s actually a lot going on in this chapter. The manga chapter seems a bit rushed. Until or unless we receive the raw scans, it is a little too hard to trust anything.

Armin is definitely going to play a crucial role by the end of SNK manga. Because, somehow, he seems to be the character receiving a lot of attention since the beginning. Hange sees Erwin in Armin, Eren sees freedom in Armin, Levi sees the Survey Corps in Armin, and now Zeke sees Ksaver in Armin.

For exclusive leaks and raw scans of Attack on Titan chapter 137, you can reach out to us at @spoilerguy. The creator did mention that the ending of AOT manga won’t be as happy for some fans. But let’s hope for the best!

Hajime Isayama created Shingeki no Kyojin in 2009 and published it via Kodansha. At the time it wasn’t very popular. But as it started circulating amongst the readers it grew in popularity. Hence, started the great journey of Shingeki no Kyojin manga. The manga is currently ongoing even after running for 11 years. Attack on Titan manga has reached its 134th chapter after 32 successful volumes. Viewers are now looking forward to reading Attack on Titan Chapter 138.

Boruto and Dragon Ball Super manga will be out soon, as well.