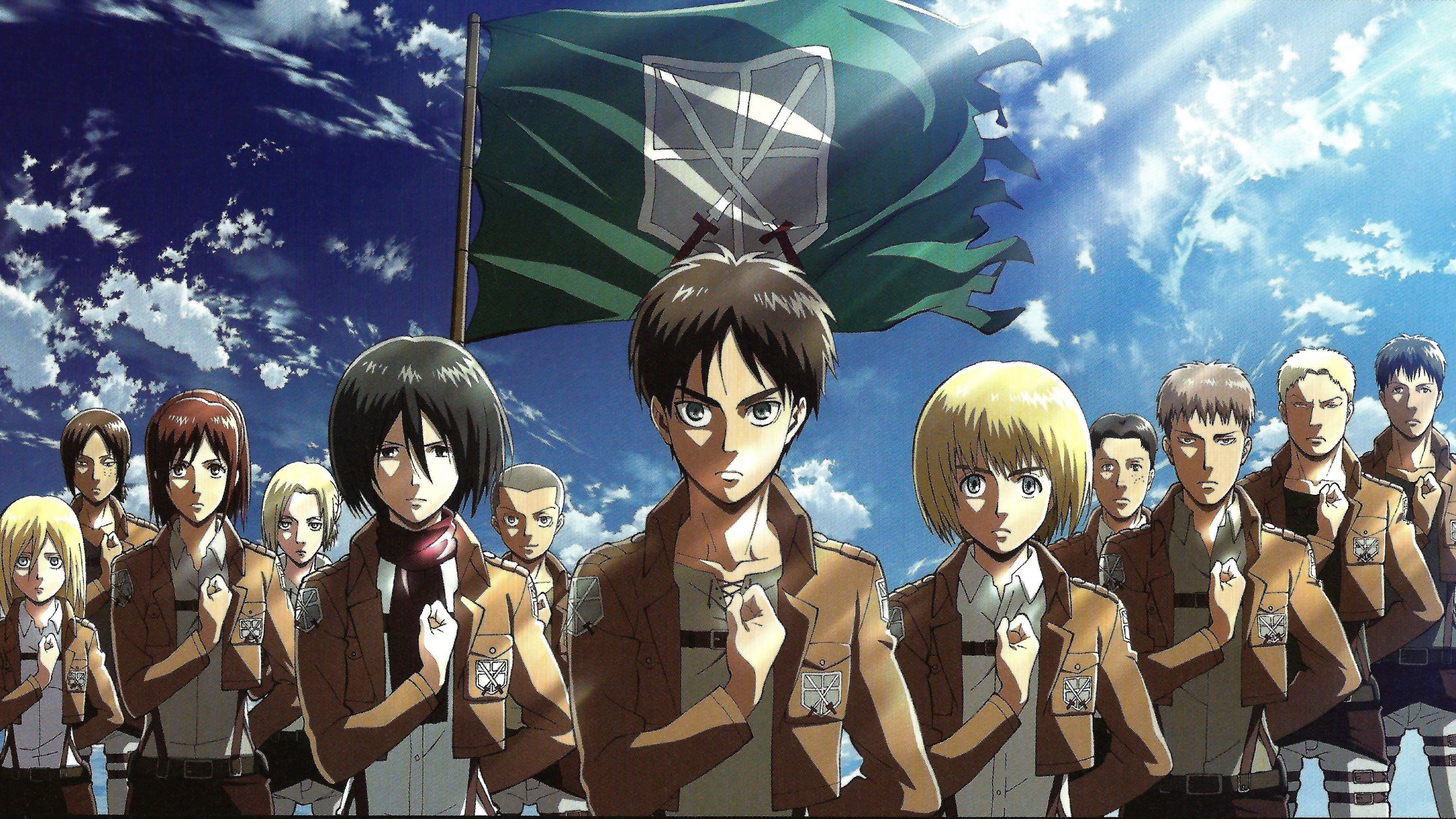 The world of Attack on titan is a grim one. Humanity has been living behind giant walls which serve as a deterrent against the titans, which are giant man-eating monsters. The 1st episode sets up the seemingly simple premise. Humans, good. Titans, bad. Our protagonist Eren Yaegar is given the motive to eradicate the scourge of titans, through a harrowing experience.

A circus elephant is often seen tied down by a not-so-sturdy looking chain. A casual onlooker would be grateful and also curious as to why doesn’t the elephant yank on the chain to free itself. And wreak havoc in its vicinity by crushing and tossing property and people alike. The reason lies in the careful conditioning of its mind. When a baby elephant is tied down with the very same chain it lacks the physical strength to break free, but nevertheless, it tries to do so. Unable to unshackle itself after trying umpteen times it, well, simply gives up.

Gradually the elephant grows but the chains remain the same. As it becomes a grown adult, it is nothing short of fascinating to observe how the elephant is able to perform tricks showcasing its humongous power but at the same time unable to get out of those very same feeble chains. The entire point of this opening paragraph is to showcase how psychological barriers are monumentally tougher to overcome than physical ones.

A good chunk of Attack on Titan focuses on cool-looking action scenes which are animated with care and precision. But what helps Attack on titan surpass typical action/battle oriented anime is the world-building. The world, although having some fantasy elements, is something that could actually exist. There’s no character to spout expositional jargon, however. You have to pay attention as you keep learning about the world piece by piece, either by character interactions or by numerous ‘show-don’t-tell’ shots of the everyday lives of the people. As the world around you unfolds, everything- the class structure, the politics, governmental overreach, religion- all of it just makes sense. These pieces effortlessly fit to become a part of the giant puzzle that is the world of Attack on titan.

The story seems relatively simple to follow at first. But by the time you finish the short second season, you’ll be on the verge of frustration because of the lack of answers. The hype, the tension, and the suspense are masterfully built up for more than 50 episodes.

And what about the payoff? Is it worth it? Did the writer dig his own grave by creating too much hype around the answers?

The answer is a big, fat, and surprising no. ‘The big reveal’ is something a lot of contemporary shows and movies mess up big time. But definitely not Attack on Titan. All the major reveals are completely justified and worth it. It compels you to re-watch the show and observe the easter eggs the writer had planted. Showcasing how he had planned this all along, which makes this show a masterpiece in foreshadowing.

The most sought after answers which are divulged near the end of season three flips the show on its head. It raises the bar, the complexity of the premise to an entirely new level.

However, the show is not without its flaws. Firstly, the pacing can be a bit erratic, especially in the first season, but this is just a minor complaint. The major problem is with character development. Some of the main characters still haven’t shown a semblance of character growth. Granted, there’s still the last season to go, but I don’t know whether they’d be able to develop these characters in a just manner because of their lack of growth in the previous three seasons.

Although I have to confess something. Erwin Smith is a character who is fundamentally flawed to the very core of his being, but, I couldn’t help but root for him. This is the second time I have rooted for a character this flawed. The first time was in the case of Walter White from Breaking Bad.

I won’t write a concluding paragraph and give a crisp summary of what I’ve written above, simply because this review isn’t complete yet. The final season is yet to come out and it would be appropriately judged only when it’s all said and done. But by the looks of it, by seeing the momentum the show has been carrying and observing the passion of the writer exuding from every frame of the anime, I cannot help but feel that we are heading for a spectacularly epic finale.