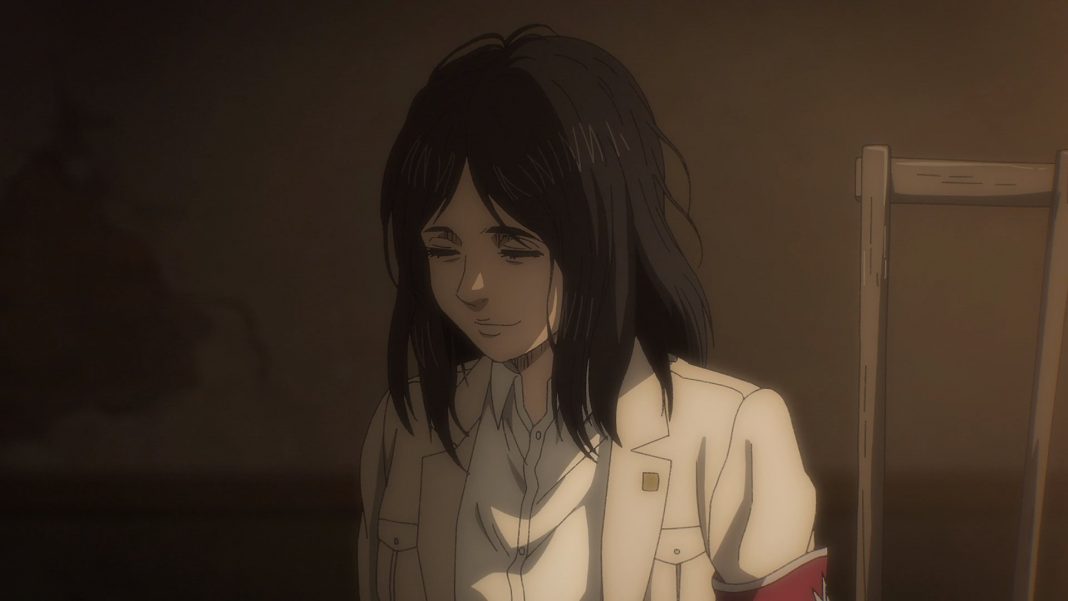 In this post, we will be talking about the upcoming Attack on Titan Season 4 Episode 3.

AOT Season 4 Episode 3 is titled “The Door of Hope“. It is directed by Kaori Makitaka and written by Hiroshi Seko. Attack on Titan is one of the most popular anime ever. Therefore, the hype for the next season is always immense.

Fans are waiting for AOT Season 4 Episode 4 desperately. Well keep on reading till the end and stay tuned to get more details about the latest episode. This post was written at SpoilerGuy.

The upcoming Episode 3 of Attack on Titan will be The Door of Hope“. Season 4 will be the season finale for the whole series and it will be a pure delight for the fans of the series.

It has been confirmed that Attack on Titan Season 4 will be split into two different parts. They both will consist of 16 episodes each.

The weekend is here!

[via Attack on Titan] pic.twitter.com/HMrN42dwt1

However, stay tuned to SpoilerGuy for future updates. Meanwhile, keep reading to get to know the Release Date for AOT Season 4 Episode 3.

When is Attack on Titan Season 4 Episode 3 Coming Out?

AOT Season 4 Episode 3 will be releasing on Monday, 21st December 2020 at 12:00 AM JST. However, note that the time and date of release will be different according to the time zone you live in.

For the US and UK, the time of release will be Sunday, 20th December 2020 at 7:10 AM Pacific and 3:10 PM GMT respectively. Be sure to convert the release date and time according to the place you live in.

Where to Watch Episode 3 of Attack on Titan Season 4?

Well if you want to watch Attack on Titan on the day and date of the release Funimation is your best bet. However, it will be available to watch on Crunchyroll before the end of this year.

You can also catch up on the previous AOT Seasons on Crunchyroll and Netflix.

AOT Season 4 Episode 3 can also be read in the manga at Kodansha Comics.

This is it for the update on the Release Date for Attack on Titan Season 4 Episode 3.

Will Lady Nagant Survive in My Hero Academia Chapter 316? Expectations,...