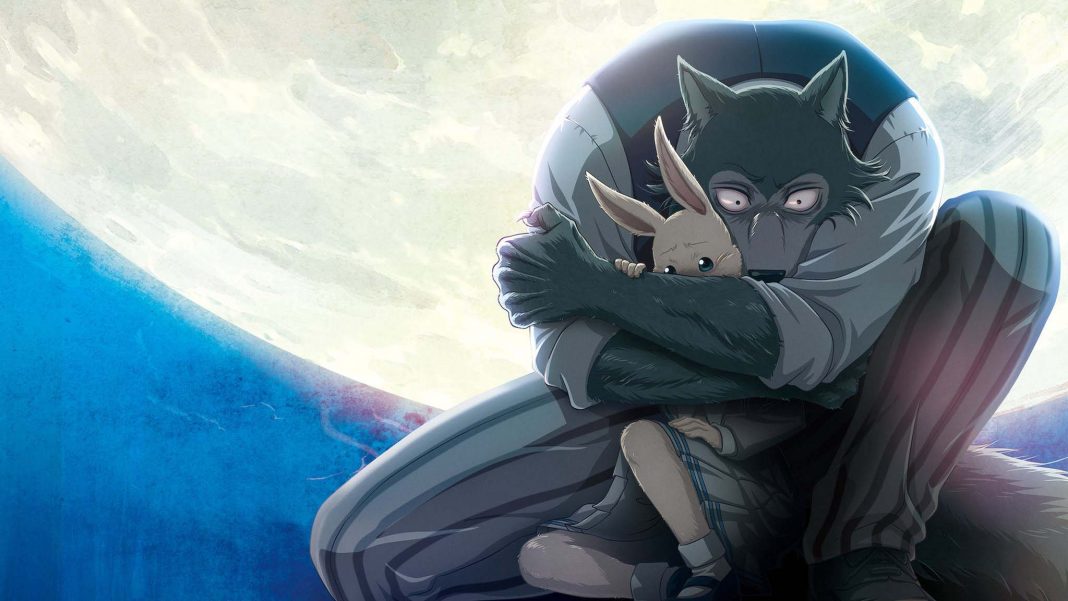 Beastars is one of the most famous series in today’s time. It’s based on Herbivores and Carnivores trying to live in a world where they both accept each other’s existence. Eating Meat is strictly prohibited in this world. The Story revolves around a shy grey wolf named Legoshi and his love for a bunny named Haru.

Louis is the reindeer who is the favorite for the Beastars title, he is famous amongst girls and guys for his handsome looks and Talent. The relationship between Legoshi and Louis is quite unpredictable as louis hates legoshi because he despises carnivores.

It was first aired with its first season in 2019, the otaku community accepted the anime with open arms. The second season was released in March 2021, which is going quite well. Now the fans are already asking for Beastars Season 3! The Manga is written and illustrated by Paru Itagaki which was launched in 2016, it suddenly got a favorite and otakus loved this different kind of genre.

What is Beastars based on?

Beastars is based on a different universe, wherever the carnivores and herbivores try to live in peace under the same roof. They study at cherryton academy and learn various arts and studies. Legoshi is the MC of the show, is a shy and kind grey wolf who doesn’t want to hurt anyone or even talk to anyone because of him always being anxious.

There are strict prohibitions of consuming meat, still some students who are carnivores visit the black market where meat is sold for carnivores. The story starts when a herbivore llama is killed by an unknown carnivore. Legoshi falls for Haru, a tiny bunny who is famous in college for some wrong reasons. The Story is fun as we say Legoshi trying to beat his hunting instincts whenever he is near Haru.

When will Beastars Season 3 Release?

First of all, the Beastars Anime is animated by the Orange co.lt. It is a Netflix anime, as netflix has started investing in Anime series when it knows that they can skyrocket their viewers. The First season was a super hit amongst otakus and normal movie geeks. They loved this unique concept, that’s why the second season was released in March 2021.

When will it be released? We cant be sure about it, until and unless there is an official statement from Orange studios. How many episodes will be there? you can expect the Beastars Season 3 season to be divided into two cour, there are many anime studios that divide a season into two cours like. If there are 30 Episodes to be made they will make 15 at the start of the year and release them and the remaining will be released at the end of the year. As the Animation studios cant work on a single project all the time.

Is the Beastars Manga completed?

I hope we can see a season 3 of Beastars💜.
Thank you so much @itaparu99 🐔 greetings from Mexico 🇲🇽 and take care 💛😷
Also look at my current beastars manga collection 🐰💗🐺‼ pic.twitter.com/XU96IL2sMq

The Beastars Manga has 22 volumes, which were written and illustrated by Paru Itigaki sensei. The Manga series was published by Akita Shonen, which started in 2016 and ended in 2020 by completing the story. Due to the fame of the Manga in Japan, the Manga was republished by Viz Media in English to the Western Otakus. Which increased its popularity to a point where Netflix decided to fund it and release an anime. The First Season was adapted from six manga volumes and the second season which was released in 2021 march also used Six volumes to complete the story.

There are 10 More volumes left of the Beastars Manga, which makes sure that there is enough material for a Beastars Season 3. The fans can rejoice now as these points indicate that there will be another final season. Thanks to Netflix, Akita Shonen, and Orange studios to bring this amazing anime into life by Mangaka Paru Itigaki. We can’t wait for the third season as the expectations are quite high by the fans.