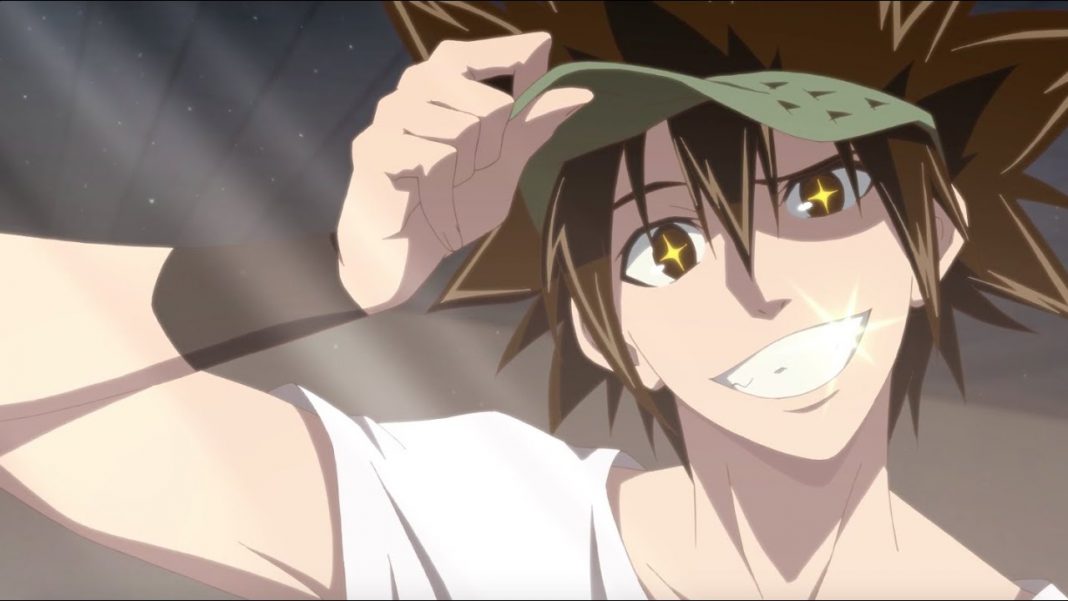 Anime has been an important part of our quarantine lifestyle. To make your anime watchlist a little more interesting we have made a list of the Best Anime of 2020. This list consists of the top 5 anime that are newly released in 2020. The following animes are not placed in any particular order.

The Tower of God anime is a Crunchyroll original released in April 2020. This anime is truly worthy of the best anime of 2020 due to its incredible fan following. Tower of God comes under the South Korean web Manwha. The main protagonist of this anime is Twenty-fifth Bam. He was left all alone in a small dark cave with no knowledge of the outside world. He meets Rachel, a girl who saves him from his life in the cave and teaches him about the outside world.

Bam makes his ambition to follow Rachel for the rest of his life. Rachel decides to reach the top of the tower of god. Those who reach the top of the tower have a special wish granted regardless of whatever it may be. Bam follows Rachel into the Tower, but Rachel is a regular who is drawn to the tower naturally. Bam being an irregular surprisingly makes his way into the Tower. Here on he meets and faces many friends and foes on his journey.

Check out the official Tower of God Trailer:

The Anime has a unique animation with an attractive storyline. Surely a treat for otakus searching for an eccentric anime. This is hands down one of the top new anime releases of 2020. You can stream this online on Crunchyroll.

2) The God of Highschool

The God of Highschool is the face of the best anime of 2020. This anime is taking over the fan’s hearts. The animation is extraordinary in its own manner with cool sound effects. The God of High School Opening soundtrack “Contradiction” (feat. Tyler Carter) is a masterpiece. This is because it is completely EDM( Electronic Dance Music ).

The story revolves around the main protagonist – Mori Jin. He is a 17-year-old high schooler who participates in a competition called ‘God of Highschool”. The God of Highschool is a fighting competition that initially takes place at a regional level. The winners then go for national and later on a worldwide level. The winner gets to wish for anything from the association.

The God of Highschool is a South Korean web Manwha. If you are into South Korean anime, this is the anime for you. Crunchyroll has taken the initiative to broadcast this in Japanese. You can stream the latest episodes online on Crunchyroll.

Check out the official The God of Highschool Trailer:

Also, Read Top 7 Lewd Anime for the Perv Inside You

Fugou Keiji Balance: Unlimited is a Japanese animated series that released in April 2020. The anime was an instantaneous hit among the fans. The story is very simple and straight forward. Daisuke Kanbe is a Multi-Millionaire with high intelligence. He helps the Metropolitan Police Detective Division by solving cases and is paired with Haru Katou.

Daisuke Kanbe solves cases effortlessly using his money and intelligence. Haru Katou yearns for justice and despises the methods of Daisuke. Both of them have different ways of solving cases due to their morals. The anime focuses on how two people that are worlds apart work with each other for justice. It has a nice touch of comedy with the right amount of mystery.

Surely guaranteed to be a treat for the mystery-comedy fanatics. The anime shows Daisuke Kanbe as a cool yet respectable character. This makes viewers fall in love with him, making the anime worthy of the Best anime of 2020. You can stream the latest episodes of Fugou Keiji Balance: Unlimited on Funimation and Ani-one Youtube.

Check out the Official Trailer of Fugou Keiji Balance: Unlimited

4) Somali and the Forest Spirit ( Somali to Mori no Kamisama )

Somali and the Forest Spirit is a heartwarming anime. The storyline is based on a father-daughter relationship. The father is a Golem(protector of the forest) and the daughter is a human. They embark on a journey together to various places, but the only catch is that the father(golem/forest spirit) has 1 year and 112 days remaining to live.

Watch how things unfold beautifully in this 12 episode anime. Truly an amazing anime with  KAWAIIness overload. Somali’s voice and actions will surely capture your heart. You can stream the entire series online on Crunchyroll.

Check out the official trailer of Somali and the Forest Spirit

Also, Read Top 10 Most Popular Anime you need to Watch

Rent-a-Girlfried aired in July 2020. This Anime is not your usual Rom-Com, instead it has various other elements to it. Rent-a-Girlfriend is currently very popular due to its well-written script. The opening track is extremely addictive as well- ‘Centimeter’ by the peggies.

The plot is really interesting, Kazuya Kinoshita rents a girlfriend after getting dumped by his previous girlfriend. Things later tend to get serious when he finds his rental girlfriend’s true personality. when his grandmother gets hospitalized, he wishes to visit her with a girlfriend.

The story unfolds in an amusing yet funny manner. The overall fan feedback for the anime is extraordinary. Hence its appearance in the list of the Best Anime of 2020. You can stream this online on Crunchyroll.

Check out the official trailer of Rent-a-Girlfriend