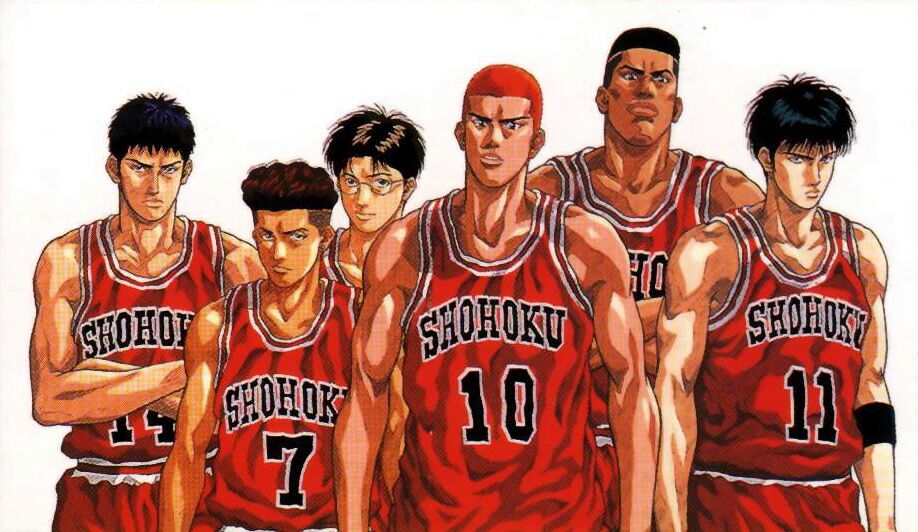 In the world of Anime and Manga, Otakus have always been attracted to the sports genre. The never-ending stories of the underdogs beating the champions never get old. There is a lot of Anime about different kinds of Sports, which have been accepted well by the anime community. How about Anime on Basketball? which is one of the top games in the world. Which is the Best Basketball Anime of All Time? Let’s find out!

Enjoy this article as we take you on a ride and then you can choose which anime you want to binge on! You can start watching some of these Basketball Animes on Crunchyroll, Funimation, and Netflix.

The Anime “Dear Boys” is the most realistic one on Basketball, where you will see less humor and more drama. The story revolves around a boy named Aikawa, who is the main character of the story. Aikawa has a dream of taking his new Basketball team to the Nationals and win it. After leaving his team at Tendoji, he had to start a new journey forming a super team of players.

Dear Boys is one of the best Basketball Anime out there if you want an anime with a serious tone, this is the best one out there! You can watch it on Crunchyroll.

This is the shortest Basketball Anime, as it was released as an OVA back in 2003. In this series, you will learn about the main functions of Basketball which are chemistry and harmony between players. Unlike most anime, this one doesn’t have a single MC, but it has two protagonists.

One is Hitonari Hiragi, who is the Player who is blessed with talent and everything comes naturally to him. The other one is Akane Tachibana, who works hard for his goals and keeps growing in the game of Basketball.

The Animation scenes and the choreography of the action are what make it interesting to watch, despite being just a 2 Episode Anime it will spoil you with loads of information about the game of Basketball. If you’re looking for short anime to watch this OVA might make you feel good.

Now this one is quite different, as Dash Kappei is an ecchi sports comedy anime! It’s based on Kappei Sakamoto, a boy who is just a meter tall but his love for the game of basketball is unmatched.

Kappei is surprisingly a very skillful player despite his height and antics. He gets into the team because he finds out that the team’s coach wears white panties! It has the perfect humor of 80s anime. Despite being an ecchi anime, Dash Kappei explains basketball on serious terms in episodes. This one has 65 episodes and it is binge-worthy!

Buzzer Beater is a sports anime with a universal concept, it goes into depth with the sport and shows the game of basketball in a very futuristic way. You can also call it Cosmic Basketball!

Humans playing against Aliens who are far more superior physically and mentally, but the game is created by us humans. So during this intergalactic league, you will see different alien races going against each other in the game of Cosmic Basketball. It’s surely one of the best sports anime of all time.

This Anime is one of those where you might need a box of tissues beside you, it’s based on the deadliest earthquake which took place in Tohuku. It killed thousands of people, despite this havoc caused in the city. The 5 Girls in Onagawa Juniors Basketball Team continue playing the game of basketball, despite being down to such a number.

The Anime inspires you and depicts the love for the game of basketball in its own way. Onagawa Chu Baske Buu: 5 Nin No Natsu teaches us a lot about human resilience and how we should never give up on our dreams.

In this anime you won’t see humans throwing balls into hoops, instead, you will find machines made by humans who play the game. Weird and interesting, isn’t it? Japan has a culture of playing games with mecha machines.

The game is played in gigantic arenas where the mecha machines play basketball, the game is called (BFB) Big Foot Basketball! Also, Nike has swooped into this anime as during the series you will find out some of the mecha machines are wearing Nike logos on their feet. You will love this different ball game than the ordinary one, it has amazing animation and never-ending action.

Ahiro No Sora is a typical shonen anime, and when it came into the picture in 2019 it caused havoc and was accepted well by the shonen otakus. The protagonist goes by the name Sora Kurumatani, and he is an extremely skillful basketball player.

Anime is nothing without its plots and twists, Sora is a guy who isn’t blessed with height. Height is the most needed aspect in Basketball, and the protagonist isn’t blessed with it, but that doesn’t stop him from reaching new heights. Ahiro No sora is one of the best basketball animes out there. You can watch it on Crunchyroll or Netflix.

Kuroko no Basket is one of the best Sports Anime of all time, it is different than other basketball anime. The series has different characters who will make you love them and their development.

What about this ilustration of Old Xian? This is the anime Kuroko no Basket, amazing ❤️#happybirthdayOldXian #kurokonobasket pic.twitter.com/ynWy3RuAIP

Kuroko is a mystical guy known as the “Invisible Member” of the Legendary Basketball Highschool Team. He is called the 6th Member, He meets Taiga Kagami who enrolls in his new high school with him. Taiga is a totally opposite character to Kuroko, despite that, they are almost unbeatable in the anime.

The characters have different tricks up their sleeves and Kuroko is a king of misdirection and passes, he may look weak but he will break your ankles with his classic feints. Watch Kuroko No Basket on Crunchyroll and Netflix Now!

If there is a list of Best Sports Anime, and Slam Dunk isn’t present, then the list is trash! Because in the 90s, Slam Dunk made its own fandom which is still intact in 2021. It is considered the Best Basketball Anime of All Time. If we look into the popularity, then I consider it as the best, and it’s almost unbeatable. The Creator Takhiko Inou created this masterpiece but never expected it to take such a huge turn.

The Anime is filled with passion and when you watch the series it oozes you up with confidence. The MC of the show, Hanamichi Sakuragi grows throughout the show. He isn’t considered the best player on the court, but his commitment to improving with others will inspire you in many ways.

Being a 90s anime, the animation doesn’t offer you much. But the Story is a classic and it can never get old. It has been decades but even today the fans are asking for a sequel or a remake in today’s animation. Will there be one? we hope for it. But for now, you can binge on this classic.

Here are the Best Basketball Anime of all time by us, we tried to collect the best ones and present them in front of you. Hope you give them a go and if we missed any let us know in the comments.