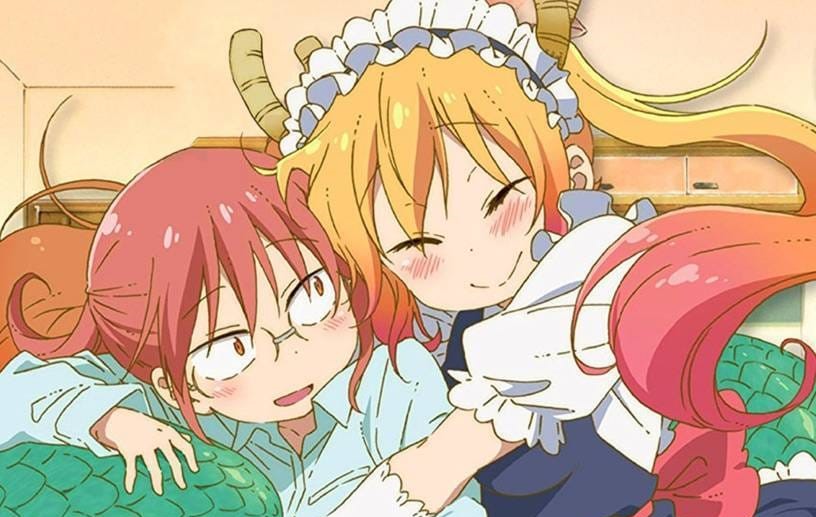 Merry Christmas! In this list, we will be talking about the best Christmas anime to watch this month.  The Holiday season is here. So we decided to make a list of one of the Best Christmas Anime you can watch during Christmas that will warm you up from the inside.

Therefore, If you don’t have any plans this Christmas, Here is a list of anime to binge-watch. Please note this list is not ranked but some of the best anime to watch during Christmas. This list also has family-friendly animes that you can watch with your loved ones.

Stay till the end and read more of these lists at Spoilerguy. Hope you have a Merry Christmas.

This year hasn’t been the best for most of us. Our travels have been a lot restricted. Also, it’s for our own safety. The pandemic had a great impact on our lives in many ways.

So why not put a great end to it by watching some vibrant anime and overriding the negative emotions. Therefore, here is a list of the Best Christmas Anime to Watch during the Holiday Season.

This list consists of anime from all the lively genres. Each anime mentioned in the article has its own magical moments to brighten up your Christmas. If you like the recommendation don’t forget to stay tuned for the upcoming recommendations on the way.

The story centers around the daily lives of a father-daughter duo. Kakushi Gotō is a single father and he doesn’t want his daughter, Hime Gotō to know about his profession. The profession of Mr. Kakushi is somewhat a popular manga artist. But the real issue is he is known for his inappropriate content.

When Kakushi’s daughter is born, he promises himself to not keep his profession a secret throughout. To prevent his daughter from knowing the truth of his profession, he has to go through various uneasy situations.

He juggles a hard time between his career and being a father to Hime. But does that stop him from being a good father? The anime captures the special kind of sincere family comedy that will warm your heart in every episode making it one of the Best Christmas Anime.

Barakamon is an anime revolving around a calligrapher, Seishu Handa. He is a young talented and professional calligrapher. At the time of an exhibition, an elderly person criticizes his calligraphy.

This agitates Seishu and he gets physical resulting in punching off the curator. Due to this unprofessional behavior, Seishu’s father kicks him off to an island for reflecting on his actions.

On the isolated island of Goto, Seishu meets the noisy villagers. Staying faraway from his comforting life in Tokyo teaches him a lot about calligraphy and life. Further the title Barakakodon refers to a cheerful kid, Naru Kotoishi.

Naru is the reason for Seisha’s character development. Barakamon is a cheerful anime if you are going through a bad day. It makes you realize how a change in environment can also help gain a new perspective. This is, therefore, one of the Best Christmas Anime to watch.

The plot is around a young orphan, Hakkimaru. He is born without limbs, nose, eyes, years, or even skin. The reason for this is a pact between Daigo Kagemitsu and the 12 demons. Hakkimaru is disposed of after birth.

A man with his expertise in prosthetics provided him with the basics of surviving. The boy grows up to fight demons. With him defeating each demon he gets back one of his senses.

In the process, he comes across another orphan, who tricks people for a living. When they come across each other Dororo follows Hakkimaru through all seasons of survival.

The story is an adventure of Hakkimaru and Dororo in a demon-infested world. This anime is good for a one time binge watch. The anime has suspense to keep its viewers hooked till the end making it one of the Best Animes to Watch During Christmas.

Episodes- 12 episodes in each of the three seasons.

Nakajima Atsushi gets kicked out of his orphanage. He has nowhere to go and is severely starving. While standing near a river and thinking about the food he saves a man from drowning in a blink. Dazai Osamu later feeds him and compensated for the trouble of saving him from another failed attempt at suicide.

Nakajima learns about the detective agency of Dazai and his partner Kunikada and agrees to work for them. They work on a case where they are assigned to track down a tiger. While tracking down the tiger they discover its connection to Atsushi.

With the solving of the case, Atsushi learns more about the supernatural agency of detectives. He realizes his future with Dazai and rests on solving cases. Thus, the anime has all the genres required for a wholesome binge watch and one of the best Christmas Anime.

The anime is also known as Miss Kobayashi’s Dragon Maid. Miss Kobayashi sets off to work like any normal day. But when she opens the door of her apartment she shockingly finds the head of a dragon in front of her apartment door. The huge dragon transforms into a Kawai energetic young girl in maid dress and introduces herself as Tooru.

Tooru reminds Miss Kobayashi how she stumbled on her last night. When Miss Kobayashi was on a half-drunken excursion to the mountains. She offered Tooru to stay at her place since she has nowhere to go.

The story revolves around a high school student, Ryuuji Tasaka. He keeps kind in nature and is cares a lot about cleanliness. But due to his intimidating face, he is labeled as delinquent or not approachable. His only best friend is Yusaku Kitamura.

On the other hand, is Taiga Aisaka. She is cute, fragile but with a very different nature. She is known throughout the school as the “Palmtop Tiger” or the school’s most dangerous animal. Taiga has a negative attitude towards everyone other than her best friend Minori who has been a long-time crush for Ruuyji.

The Palmtop Tiger and Ryuuji cross paths with each other due to an embarrassing incident. Keeping aside their differences they work on getting their crush to notice each other. If you are up for a cute romance this Christmas, then Toradora is one of the Best Christmas Anime out there

READ MORE: Must Watch Kdramas in 2020

Being stuck at home throughout this year can be stressful. Laid Back Camp is a story about Rin Shima’s fancy vacation to Mount Fuji. The perfect vacation for Rin is to camp alone at the base of Mount Fuji. While camping she meets the lost Nadeshiko Kagamihara who ends up at Rin’s campsite.

Later both the girls end up enjoying the chill weather in the mountains. They eat ramen and end up conversing in the warmth of the campfire. Nadeshiko’s sister ends up near the camp. With the fulfilling experience of camping, the ponder on the possibility of another camping trip.

The story centers on the countryside small village of Asahigaoka. The people living here as a far different life from a fancy life of a city. Hotaru Ichigo is a fifth-grade student who transfers to a branch school in the countryside after living in Tokyo. Hotaru gives the vibe of a mature grader for her age.

The plot revolves around the daily lives of a vibrant group of friends throughout the seasons. The anime is fun to watch with the struggles of reality for living in a rural area. It is not unlike any other slice of life anime. It can be the Best Christmas anime watch with a lot of snacks aside.

The story is about a fifteen-year-old, Takashi Natsume. He is constantly chased by spirits, to which he discovers the reason his deceased grandmother, Reiko has passed him a Yuujinchou or “Book of Friends”. It consists of the spirits brought under the control of his grandmother. The spirits are now under Natsume’s control.

Natsume and his protector Madara wants to set the spirits free. Since they are all bound by his grandmother’s contract. In each episode, the various Youkai crave to get their name back. The anime ranges from complex issues like longing for companionship to relieve the precious memories they had once lived. Its a good one time watch for a supernatural genre. Therefore, it is one of the Best Christmas Anime to binge this season.

The anime is based on a single chapter manga released in 1997. The anime revolves around a boy named Santa. His parents love to spend Christmas with the orphans thus leaving him alone. One Christmas Santa meets a girl Mai who calls herself to be female Santa Clause in making.

Santa lets Mai go under a magical transformation. During the transformation, Mai’s breast and butt turn into inflating balloons and get buffed up. Due to the inflation Mai’s Santa costume turns out more revealing. Later they both go to distribute gifts.

In the process, Mai tries to make Santa realize the joy of Christmas. And how people have stopped believing in the magic of Christmas and Santa. Mai falls in love with Santa but will they end up together? It is one of the Best Christmas Anime to watch and one of the shortest too.

You can also read about Tonikawa Season 2, Jujutsu Kaisen Chapter 133, and Dr. Stone chapter 179. If you like this list don’t forget to check out our other articles in Spoiler Guy. “This blog is written by Spoiler Guy.”

Top 10 Anime Similar to Tokyo Ghoul that You Need to...

Why you should read Tower of God, Is it the number...