Spoiler Guy
Home List Best Tattooed Anime Characters and the Story behind them! 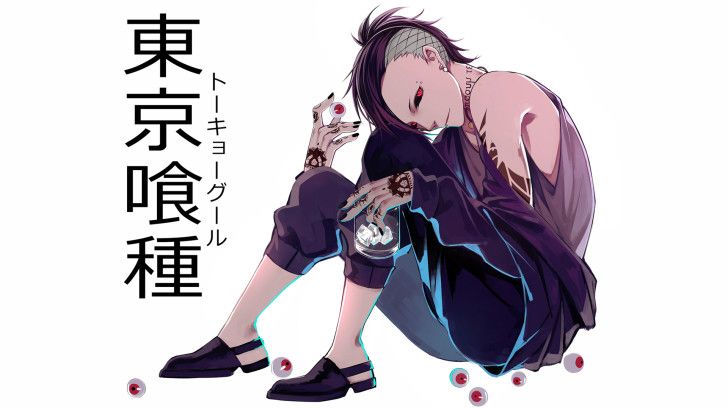 In Anime World, there are different characters whom we remember by their personality, good looks, fighting style, or any other physical traits that make them look different than the other characters. It doesn’t matter if the character is the MC or the secondary character, or even a character who is present in the whole series for just two episodes. It just takes a single quirk for the fandom to remember the character’s contribution to the story. This blog will specifically talk about Best Tattooed Anime Characters and the story behind them! do make sure to read till the end of the blog to fully grasp the essence of this article.

Best Tattooed Anime Characters and the story behind them!

Multicolored hair, their iris design or colors, their way of talking, and also a Tattoo design that can tell you a lot about a character.  Why is it there and how does it help the characters to develop?

Anime is one of the most beautiful creations of modern humankind, with anime you can tell stories you want to with the help of art and motion. Like Anime, Tattoos too have become a part of the human culture, wherever you go in the world you will at least find one person covered in tattoos.

Tattoos have been around since ancient times, they are used to show signs on your body about your favorite people, symbols of sad events, or just a design that you want on your body. Anime characters with Tattoos are different than the normal ones because they are quite badass and their tattoos do have a meaning to their characters.

In the Anime world tattoos are also used for the character’s further development or something which multiplies his power and makes him stronger. There will always be a hidden meaning behind the tattoos of a character, allow me to show you the Best Tattoed Anime Characters and the story behind them!

Gaara was born in a very delicate condition, where his mother died giving birth to him. The Sand Village had one-tailed beast “Shukaku” sealed inside Gaara when he was a child. Gaara had a very tragic backstory, where people of the sand who try to kill him.

This turned Gaara into a monster, and then with his sand, he created the tattoo on his forehead, which says “ai” which means Love! This Tattoo is a symbol of a Demon loving himself.

Abarai Renji, from the Bleach Anime, is one of the most interesting characters in the series. Working as a lieutenant of the 6th Division Squad under Captain Kuchiki Byakuya, Renji is one of the most badass characters of the series. His personality is very straightforward and he is always willing to fight for whatever he believes in. Abarai Renji’s motivation is his captain Byakuya, whom he wants to surpass in combat one day. If you haven’t watched Bleach yet, you can watch it on Netflix or Crunchyroll.

The Tattoos which are present on Renji’s body look like Tribal tattoos, and as the series goes on they have seemed to increase in various places. The Design of the Tattoos surely depicts the inner animal that Abarai Renji is! He is covered by tattoos on his whole back, his arms, and even his forehead. The real reasons for Renji’s tattoos haven’t been known to the fans yet by the creator, but the fandom has created their own theories some saying that they grow more as he progresses in his power level.

The other theory is that it’s a part of his Zanpakatu, Zabimaru, and that makes him one with his sword. Maybe Abarai just loves tattoos and is a tattoo freak, the creator Tite Kubo has yet to release anything regarding it and he is known for changing things about his characters and their traits. Regardless of the reason behind his Tattoos, we can say that he is one of the Best Tattoed Anime Characters, and without those cool Tattoos, Abarai Renji would be incomplete.

Zero is one of the best and important characters in Vampire Knights anime, he has the power of a hybrid. Zero Kiryu was born a half-human and half-vampire, which makes him one of the most powerful characters of the series.

Zero has a tattoo on his neck, which is very aesthetic to look at, and has a design of arrows and daggers. The Tattoo is just to make Zero look more awesome than he already is, and it glows red when zero is about to battle.

Izumi Miyamura from the Horimiya anime is a really interesting character. Being the protagonist of the show he has to be different right? When Izumi is studying with others in the classroom he is a totally different person, But when he is out in the real world his personality seems to change a lot. You can watch this wonderful anime on Crunchyroll if you haven’t yet.

“Not all men” you’re right, Miyamura Izumi could never 😌 pic.twitter.com/2U10aYBXqm

In the outside world, Izumi has an image of a bad boy. He has his ear pierced in several places and also a huge tribal design tattoo covering his left arm and his left part of body. The design looks like a tribal band that goes around his biceps and a symbol on his shoulder. The real reason the tattoos aren’t disclosed yet but these tattoos surely look Izumi Miyamura look cool.

Natsu from the famous Anime Fairy Tail is a boy whose main goal is to reunite with his father. Natsu can use and bend fire at his will, he has a Fairy Tail Symbol tattooed on his arm. The tattoo can be seen on all of his teammate’s bodies, it’s a symbol of unity for them.

Gurren Lagann is one of the best animes out there and it’s available on Netflix. Kamina is one of the main characters of the show is known for his cool and unique look and his personality where he has his own catchphrases. Sadly Kamina was killed in the first part of the show but still, he is a fan favorite. The Protagonist of the series, Simon looked up to Kamina as an idol.

Kamina had the most different look in the anime and he had a Fire Tattoo covering his back and tattoos around his both arms shaped as bands. As Kamina had limited screen time, we never got to know more about his character to know if there were any hidden meanings behind his tattoos.

Nami the “The Cat Burglar” from One Piece is a character who is loved a lot by fans, she has been with Luffy since the very start. Nami is basically the first member of the Straw Hats in One Piece, her profession is to steal from people without being caught.

One piece would be incomplete without nami pic.twitter.com/URg6dbFKDk

Nami has a Tattoo covering her left shoulder, which looks very stylish with her fashion sense. The tattoo has a meaning which shows the design of pinwheels and mikan. You can join the adventure of One piece on Crunchyroll.

Uta from Tokyo Ghoul is one of the mysterious characters of the series, he is a Ghoul who is a good person and runs his own Tattoo Shop known as HySy ArtMask Studio. In this studio, where he sells custom Masks to ghouls and also Tattoos to his customers. Uta is a member of the Clowns and is called No Face or described as “NO FEISU” by CCG Investigators. Tokyo Ghoul Manga is said to be better than the Anime which was rated low by the fans. You can watch the Anime on Netflix or Crunchyroll.

Uta is also fond of piercings as he has pierced himself on various parts of his body, He didn’t have any tattoos during his younger days, but after his interest in tattoos, he has various tattoos on his both arms and a tattoo of the Sun covering his chest. Uta has injected black ink in the sclera of his eyes, which makes his Kakugan look like it’s always activated.

Some of his tattoos have a very deeper meaning to them, like the Latin quote which is written in Greek on his neck which says “I Can live neither with you nor without you”. Uta has a very interesting personality and is One of the Best Tattooed Characters in Anime.

Scar is one of the best characters from the famous anime “Fullmetal Alchemist”, he has a very unique character design and has his body covered in tattoos. Scars’ character is very intimidating throughout his role in the series and the tattoos just add more spice to it. First, I thought there wasn’t any reason for his Tattoos, but then in Full Metal Alchemist, everyone has a tattoo for a given reason.

The reason Scar had these tattoos were because of his brother, who had passed away. All of his tattoos had meanings and were connected to his immense power level. If anyone would come near his Right arm in terms to attack the tattoo would activate and destroy the person. The Tattoos Scar possessed on his body made him more powerful and reminded him that he had to avenge his Brother. Tattoos are surely cool, but when they have a hidden meaning related to pain and power that’s when they are highlighted the most. If you haven’t watched Full Metal Alchemist you can watch it on Netflix.

Trafalgar has the best tattoos in the whole One Piece Anime, the tattoos sometimes define the crew they are in or sometimes they are just personal designs. Trafalgar has a tattoo “Death” on his fingers of both hands and also has a cross on the back of both hands. The cross is a symbol that he is a part of Jolly Roger.

its all fun and games until the made a high quality bloody law figure, then we all going into deb to buy his sexy ass pic.twitter.com/emAp66nwR7

He has a tattooed heart on both shoulders and many more tattoos on his body. The list goes on and on with the tattoos of Trafalgar Law, he has tattoos that are to make him look badass and ones that are meaningful to him.

These were some of the Best Tattooed Characters in Anime according to us, if you have any other characters we missed. Please do let us know in the comments.