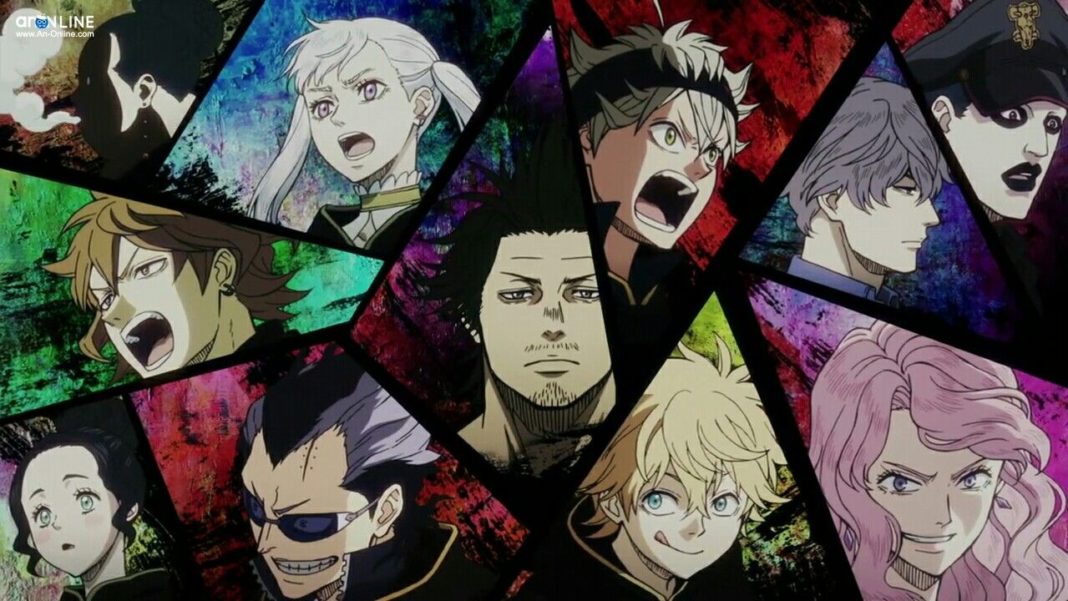 Black Clover is promising strong newly introduced characters in every new arc. Recently, the Black Clover manga features the Black Bulls Vice-Captain. Just after showing up once, fans all around the globe are wondering the true identity, magical powers, and the strength of the Vice-Captain of Black Bulls.

Black Bulls is among the nine squads that protect the order in Clover Kingdom’s Magic Knights. Just like Golden Dawn, the Squad is well-known among people. But unlike Golden Dawn, the squad is popular for its destructive behavior and said to be the Worst squad among the other nine. Whereas, Golden Dawn is considered the best and the strongest squad.

Please note that this post may contain spoilers from Black Clover manga chapters, so if you are not keeping up with the manga and being spoiled is not for you then you may stop reading now.

Here is a quick answer to all your questions, if you have any doubt regarding the same. Then make sure to put yours below in the comment section.

How can One be a Vice Captain in any Magical Knight Squad?

Well, the answer is simple. It was once explained in the series. And, let me do that again for you. The ranks among all the Magic Knights in the Clover Kingdom are divided as:

Among all the Magic Knights there are 5 ranks:

While there’s only one Magic Emperor. There are nine Grand Magic Knights aka the Squad leaders. As for being the vice-captain of a Magic Knight squad, one needs to be a Senior Magic Knight.

So, the V Captain of Golden Dawn is 1st Class Senior Magic Knight. And, it seems the one from Black bulls will be stronger than that.

Who Exactly is the Vice-Captain of Black Bulls in Black Clover?

Since there have been various rumors and theories on the internet. According to some, it’s either Finral or Charmy. So, let’s make it clear. As of now, there is no confirmation behind who is the Black Bulls Vice-captain. However, it’s a matter of time until we see the Vice-Captain in action.

There are various members in Black Bulls Magic Knight Squad capable of being the vice-captain, however, it seemed Yami already chose somebody else who is far beyond any other Knight’s level.

How Strong is the Vice-Captain of Black Bulls?

The Vice-captain is far stronger than any other member of Black Bulls including the OG’s like Magma, Luck, or even Asta. His magical prowess and strength rival that of Captain Yami. Otherwise, there’d be no way that someone would send him to the Spade Kingdom all alone.

If the creator, Yuki Tabata hid the identity up till now, then there must be something special.

What Magical Power does the Black Bulls Vice-Captain have?

The 246th Chapter of Black Clover manga finally reveals the whereabouts of the Vice-Captain.

As per the chapter, Where he/she is currently on an undercover mission in the Spade Kingdom. Most probably, the character possesses strong shadow magic. Somehow, the Shadow magic is related to the Dark magic of Captain Yami. Making it all the more obvious of why Yami Sukehiro will get the Magic Knight in his squad.

Well, that’s what we have for now. Make sure to follow our Social media accounts for exclusive spoilers.