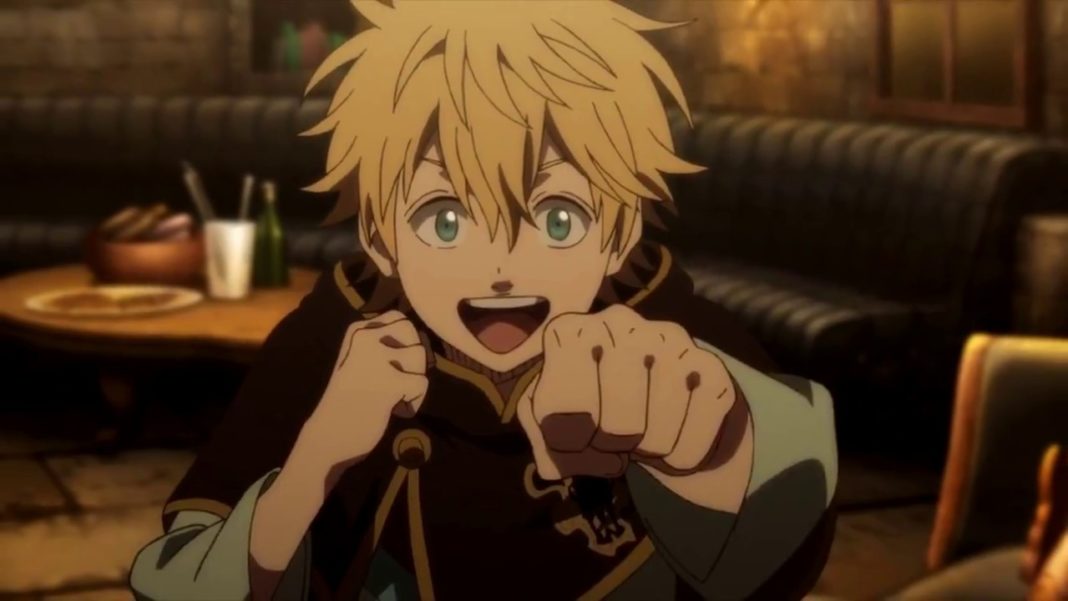 Howdy Guys, In this post we are going to be talking about Black Clover Chapter 248. We have included information regarding the release date and where to read it legally. Note:- This post may contain spoilers. If spoilers bother you, I suggest you stop here or skip to the release date section. From here, proceed with the utmost care-

Noelle, Lolopechka, and Mimosa released that they are way far away from the Heart Kingdom. And they had to save the kingdom no matter what.

Lolopechka realized the situation and ask Noelle for help. Noelle contacts Luck and asks him to protect the Heart Kingdom.

As Svenkin was creating rampage in Kingdom, Luck manages to get there in time as he one of the fastest characters so far. Then it was Luck vs Svenkin (Dark Disciple).

Not to mention, with speed, Luck is also one of the strongest characters. With his lightning magic, he almost destroyed half of the Black Bulls team when he was in elf form. But guess what? Luck wasn’t able to give him a scratch.

Further, it was revealed that the dark disciple also uses his skin magic in order to counter luck’s speedy attack.

The chapter ends with Luck severely injured but he believes in his strength and in order to win against the dark triad, they have defeat Svenkin, no matter what.

The Black Clover manga chapter 248 will be officially available on 26th April 2020 as the series is on one-week hiatus due to COVID-19. Readers can read it online.

The spoilers and leaks are the raw scans, that are being translated by the popular translators on the internet. But you may not worry, we will make sure to add the leaks and spoilers to the article, as soon as they’re out. You can put your opinions regarding Black Clover Chapter 248 in the comment section below. The important leaks and spoilers for Black Clover 248 will be out on or around 23rd April 2020.

As for now, the situation is in the Villain’s favor. Golden was almost destroyed and still alive members are recovering. It means we can’t expect any kind of reinforcement help from them. But according to our prediction, Yuno will show up to the scene with some power-ups. If you recall, he doubted himself when Zenon destroyed him and his squad. So, there are some chances that Yuno will be shown in Black Clover Chapter 248.

Not to forget, Asta’s demon got involved with the current scene. So, Asta may also appear with some new upgrades that might turn the tables in their favor. So, Black Clover 248 might reveal some more upgrades regarding Asta.

The last to last chapter ends with a certain person of Black Bulls using some kind of transportation magic. But if we put some focus, that seems shadow magic. So, there are some chances that Black Clover Chapter 248 might reveal the person behind this shady aura.

If we talk about the previous chapter and do some analysis, what we get is- Luck has to defeat the dark disciple. Otherwise, the heart kingdom will turn into a bag of dust. And after witnessing the current situation, it seems next to impossible in case of reinforcement. This will reveal in Black Clover 248.

Where is Yuno from the last recent chapters? It seems this is the right time for Yuno’s comeback. We already mentioned this point above. So, what do you think? Will Yuno make a comeback on Black Clover chapter 248?

Black Clover Chapter 248 may also reveal the past of Yami. It’s already clear that Yami had an interesting past. After all, he is one the link that connects the demon world to the normal world.

And yeah, we almost forget about Luck’s elf form. Or what about elves? If we remember, the last big chaos displayed the mayor’s roles of elves. So, what do you think? Will elves join our heroes this time? This might also reveal in Black Clover Chapter 248.

Moreover, You can also read Black Clover manga chapter 248 in Espanol on Shueisha.

Black Clover is a popular Japanese manga written by Yuki Tabata in 2015. The plot revolves around Asta and Yuno, who are rivals. Asta is a kid born with no magical prowess and Yuno is a being blessed with mana. The plot revolves around their journey of becoming the strongest knight. As of now, the manga has aired 247 chapters, Black Clover chapter 248 will be out soon.