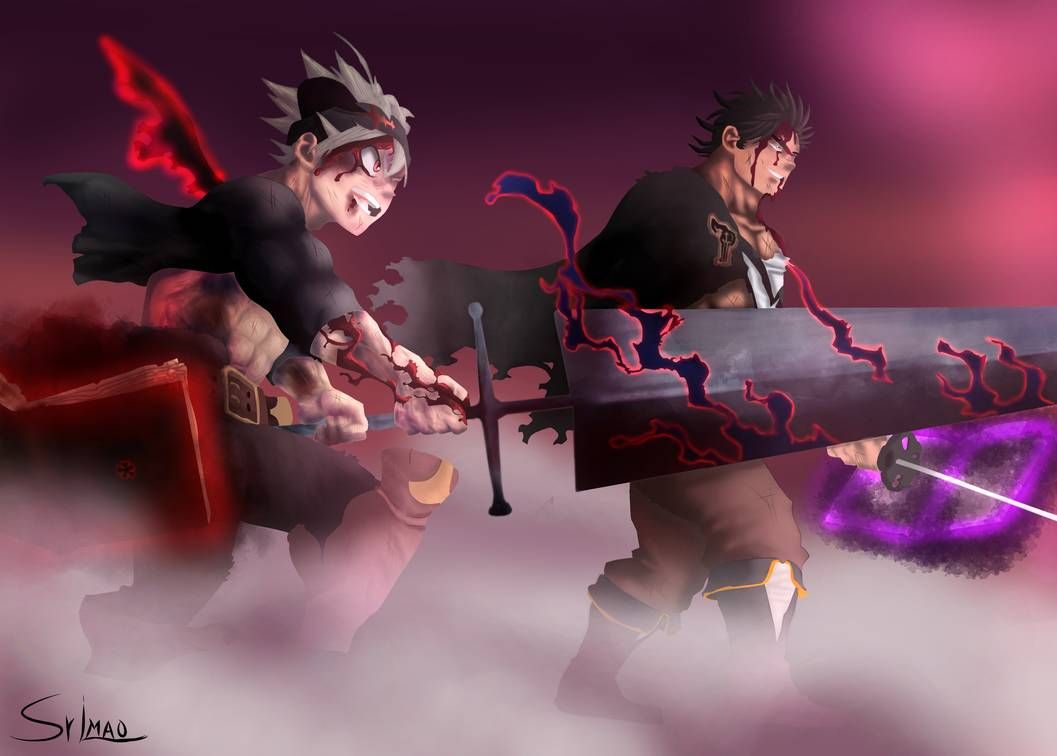 Fans have been eagerly waiting for the anime to move past the fillers and enter the Spade Kingdom arc. With episode 158 on-air, the anime has officially entered this arc. This post includes the title, synopsis, and a few manga spoilers for the upcoming episodes of Black Clover anime. Moreover, there will be some addition to the staff members in the next few episodes.

You must be wondering why Black Clover anime went through a filler arc – well, here’s the answer: When any anime picks up to a manga that’s still running, it must take a roundabout way stay within reach of the manga before it can rejoin the manga. Otherwise, the anime might end up following a completely different plot that most fans won’t enjoy.

Without any other delays, let us start with the new details on the forthcoming episodes of the anime-

Episode 160: "The Messenger from the Spade kingdom"

Episode 163: “Dante vs. the Captain of the Black Bulls”

And as per our sources, the synopsis for the episodes are out as well. It seems the Spade Kingdom is ready to speed up the Clover and the Heart Kingdom invasion. These next few anime episodes will introduce the antagonists and reveal massive information regarding our favorite characters. The Spade Kingdom is the most promising anime arc up until now. The synopsis seems promising since it plans on showing many anticipated fights. Moreover, this is the first time Asta will take on other Devil hosts.

The 160th episode of Black Clover anime is titled, The Messenger from the Spade Kingdom. Asta and Yuno were abandoned as infants at the Church in Hage Village. In this episode, the Spade Kingdom’s messenger will finally unveil the secret of Yuno’s past. He will also disclose the secret behind Yuno’s pendant.

On the other hand, The Base of Golden Dawn is under attack by the Spade Kingdom’s devil hosts. The Strongest Magic Knight squad gets hunted down by one of the members of the Dark Triad.

The 161st episode of Black Clover anime is titled Zeno’s Power. Zeno – one of the Dark Triad members, attacks Golden Dawn and tries to finish everyone from the squad since it is one of the biggest challenges. When Yuno rushes to help, he sees the headquarter is under attack, and many of the members are lying in a state of death. Terrified, Yuno ends up confronting a devil host with the power of a high-level demon. Captain Vengeance tries to fight Zenon, but the power gap is a little too much; In the end, he uses every bit of his mana reserve to save everyone, but he is unable to do so.

The 162nd episode of Black Clover anime is titled, The Great War Breaks out. While spending time in the Heart Kingdom, Asta decides to return to the Black Bull hideout. Unexpectedly, one of the three Dark Triads – Dante Zogratis – appears and attacks. The HQ members will now be taking on Dante, a devil host with a much stronger demon in possession.

This episode will release on 2 February 2021.

The 163rd episode of Black Clover is titled “Dante vs. the Captain of Black Bulls.” There is no official synopsis for the same yet. However, as the title suggests, Captain Yami will be taking one of the Dark Triad members, Dante.

This episode will release on 9 February 2021.

The 164th episode of Black Clover is titled, “Battlefield: Heart Kingdom.” As per the title, the episode revolves around the salient, where Vanica attacks Lolopechka and co.

The 165th episode of Black Clover is titled, “Water Crusade.”

The stills from Black Clover anime’s new Opening and Ending drops a major hint on the antagonists. Not only that, surprisingly, the opening reveals some new characters that are ‘somehow’ related to Asta and Yuno’s past.

The Dark Triad is one of the most intimidating and most powerful opponents Asta and co. will be facing. Not only Yuno’s past is akin to them, but they also seem to know something about Asta’s devil. In the new opening, we get a glimpse of the Dark Triad members – the three members of the Dark Triad is a reference to psychology – You can read more about the same here.

The names of the Dark Triad members are said to be – Zenon, Dante, and Vanica. Moreover, Yuno will be taking on Zenon, Noelle will be fighting Vanica, last but not least, Asta will be taking on Dante. The opening introduces a new character that can most probably use Shadow magic and hint towards a fight between Yami and Dante.

Think we missed something? Comment down and let us know what exactly you’re looking forward to in this arc; here is the new opening for Black Clover:

What do you think of the new opening and ending theme? The anime drops a new episode every Tuesday. The next few episodes will release as per the Weekly schedule as well. Black Clover anime is available to stream on Netflix, Crunchyroll, and other official websites.

In the world of magic, where everyone uses magic in day to day life, our protagonist, Asta, is born with none. Moreover, now he wants to be the Magic Emperor of the Clover Kingdom. The road to this won’t be simple since he has a strong and worthy competitor, Yuno, who shares the same goals. Asta later joins one of the worst Magic Knights squad, Black Bulls, and leads on, becoming the strongest mage of the Clover Kingdom.