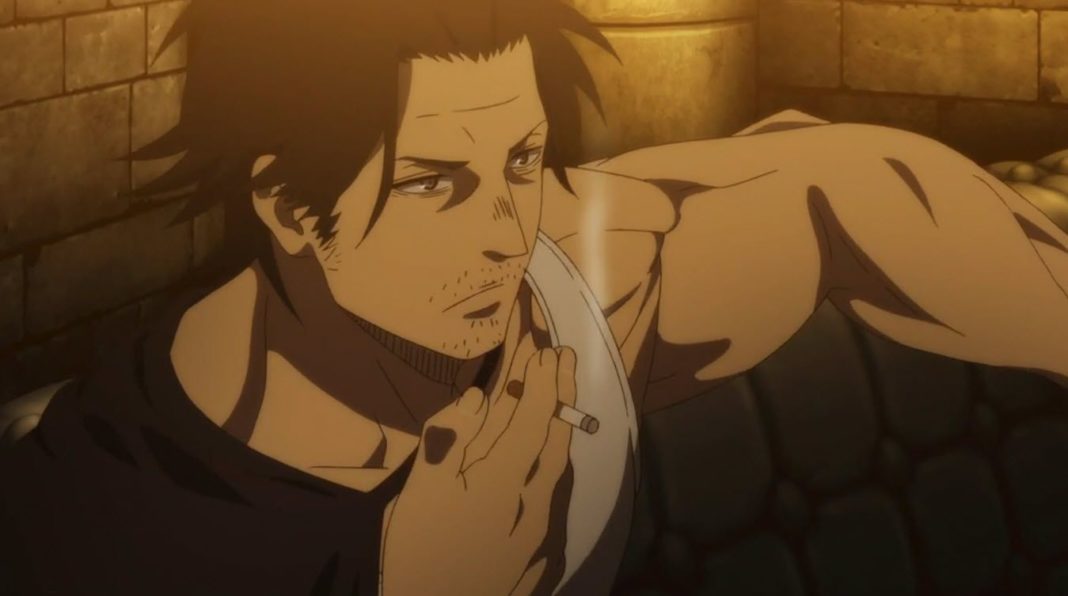 Howdy guys, In this post we are going to discuss upcoming events of Black Clover Chapter 240. Black Clover is one of the most popular franchise right now. Moreover, Yuki Tabata left fans amazed yet again with another plot twist. Besides this, this post may contain spoilers from the upcoming chapter of Black Clover. If spoilers bother you, I suggest you stop here. Before chapter 240, let’s discuss the events of the previous chapter:

Update: Black Clover 240 has been Delayed. The release date for the chapter has been postponed. Black Clover Chapter 240 will now air on 23 February 2020.

Chapter 239 of Black Clover was titled as, Budding of Yggdrasil. In the previous chapter, Williams saved half of his squad members. This includes Yuno too. But unfortunately, his magic wasn’t able to revive those who died. This is where Yuno doubted himself- “If I’d only been Stronger”. Which is a much-required phase for him, in order to gain a new powerup. On the other hand, the Dark Triad is going to make another move. As it is already revealed in chapter 239 that Venica (a member of Dark Triad) is going to create some nuisance. At the end of the chapter, Dante (another member of Dark Triad) revealed his target which is- Master Yami. Readers are now full of beans for Black Clover Chapter 240.

According to some predictions, the origin of Yami Sukehiro is still unknown. So the next chapter might revolve around Yami Sukehiro and his past. Moreover, the true strength of Dante is still unknown. Yami getting badly wounded is a great motivation for Asta to take on the Spade Kingdom. Besides this, Asta has been missing from the last few chapters. Either Asta will take revenge on the Dark Triad after Yami is wounded, or Asta will save Yami from dying. The current power level (After the time-skip) of Asta is still unknown. Readers are wondering if they will get to see a glimpse of Asta’s true powers in Black Clover Chapter 240.

Luckily, unlike other Golden Dawn members, Yuno is still alive. But one thing is confirmed – The magic knight captains aren’t enough to take down The Dark Triad. Moreover, Asta is missing since the past few chapters. Black Clover Chapter 240 might cover up the fight between Yami and Dante. Yuki Tabata, the creator has done an amazing job in portraying the power levels of Yami from Black Bulls, making him one of the strongest knights from the Clover Kingdom. Making Yami fight against one of the members of the Dark Triad is indeed a great way to explain how strong the opponents are. Let’s see what Black Clover Chapter 240 has to offer:

Recently it has been announced that the release date for Black Clover 240 is delayed, and is not going to release this week. The reason for this delay is still unknown. According to our sources, Black Clover Chapter 240 will officially air on 23 February 2020. However, the official scans of the chapter are expected to be released on 19th February. Besides this, if the predictions are met, the spoilers for the upcoming chapter are expected to drop on or around 20th February 2020.

Why Black Clover 240 got Delayed?

Recently Weekly Shonen Jump confirmed the break for Black Clover. Instead of February 17, the series will resume with Black Clover Chapter 240 on February 20. As for the reason, there is no official reason coming from Shueisha, however, fans are fine with the creator, Yuki Tabata taking a break.

Where to read Chapter 240 of Black Clover?

We highly condemn the use of reading manga or streaming anime on an unofficial website. Click here to read more about official and unofficial Anime streaming websites.

The official spoilers for Black Clover 240 are out on Reddit. According to the spoilers, Asta will make an entry again in this chapter. Moreover, readers might get to see the fight between Captain Yami and Dante. Besides this, the third member of the Dark Triad, Vanica is now headed towards the Heart Kingdom. The chapter ends with Asta rushing towards Dante.

Readers can expect to see Noelle, Charmy, Gadjah, and Mimosa’s true powers after the time-skip. Furthermore, this arc is said to be one of the dark arcs of Black Clover, so far. This arc might also reveal the true identity of Yuno.

Asta vs Dante might happen in Chapter 241 of Black Clover. Readers are as excited as they could be for Black Clover manga Chapter 240.

When will Black Clover 240 will air?

Black Clover is a popular Japanese manga written by Yuki Tabata in 2015. The plot revolves around Asta and Yuno, who are rivals. Asta is a kid born with no magical prowess and Yuno is a being blessed with mana. The plot revolves around their journey of becoming the strongest knight. As of now, the manga has aired 239 chapters, Black Clover chapter 240 will be out soon. Here is the official trailer for Yuki Tabata’s Black Clover: