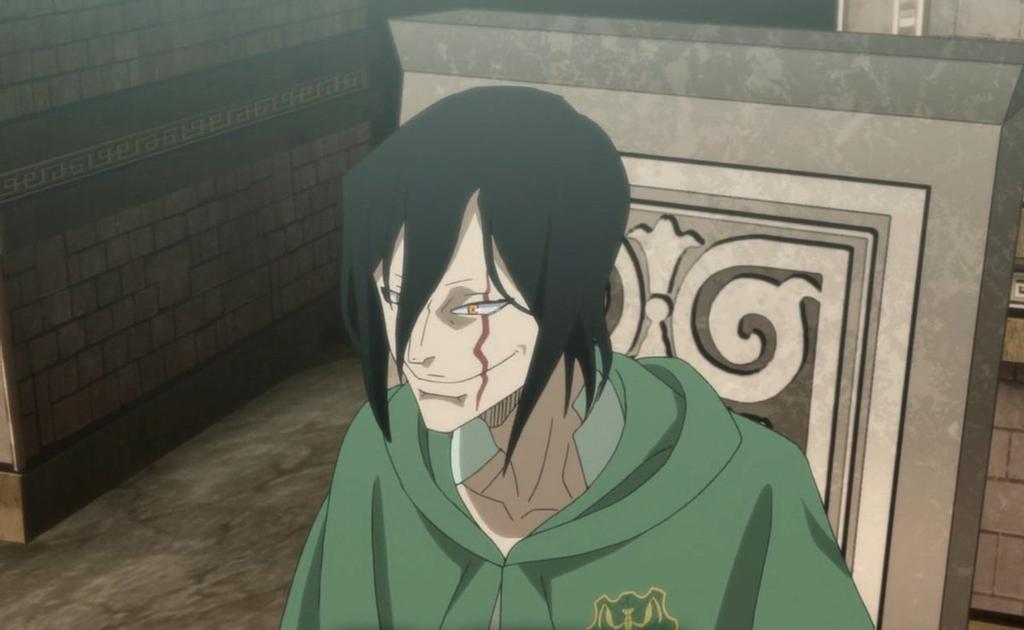 The Black Clover franchise is doing superb with the storyline out there. As we predicted in our previous black clover articles that the creator of the series will give powerups to the characters who went through intense training in order to defeat the Dark Triad. And this time, the creator chose Jack The Ripper!. It’s Jack the Ripper vs Dante. Is Jack the ripper is going to die or what exactly going to happen in the upcoming chapter? This will reveal in Black Clover Chapter 279. Let’s talk about it but before that, let’s have the recap of the previous chapter-

The chapter begins with Jack The Ripper and Nacht vs Dante: The Host of Lucifero. Jack uses his magic against Dante- “Death Scythe: Lunatic Slash”. As we all know that Jack has the sharpest magic to use against his enemies or anything. So, his weakest magic is meant to penetrate through “Skin” and cause severe damage. But guess what, his magic doesn’t even manage to give a scar on Dante’s skin which was quite unexpected. Dante reveals that Morris’s science enhances his recovery magic. Dante seems quite confident after putting the statement that only “Anti-Magic” has the slightest chance of hurting him.

Jack begins questioning himself that the magic that supposes to cut couldn’t cut. Meanwhile, Dante uses his “Gravity Magic: Presence of the Demon King” and in just a matter of seconds, both bows down on their knees with the pressure created by Dante’s magic. So, Nacht considers this as perfect timing and uses his magic- Devil Union Mode: Equus, Characteristic: Toughness. Dante surprised by seeing another Devil Magic-User.

Nacht begins to poke Jack by using his overconfidence against him- “You were showing so much spirit, now what happened? Are your height and your attitude all that’s big about you?. Talk is cheap. How about letting your skills do the talking instead?”. This is when Dante got a little raged up because Nacht ignores him and attacks him. Guess what? Nacht uses his defense and kicks Dante away which also quite shocking. Nacht replies- Do you mind? I am talking to the captain over-here”. Dante begins enjoying the battle- “Show me more of this ill-will”. Nacht instantly realizes that he can’t put severe damage or impact on Dante and all he could do is exchanging blows with him for now. Only Jack is capable of pulling this off as he possesses the slash magic.

The next panel shows the back story of Jack the ripper. Black Clover Chapter 278 reveals that Jack’s father was used to be a hunter in the commoner tier. His father used to earn a livelihood by killing small creatures like- birds, animals, etc. When Jack revealed his magic is slashing, his father got super happy after seeing his son is able to use magic that allows him to create blades and this magic seems fit for the hunter. His father always told him that- “Don’t mess with anything that looks stronger than you”.

Black Clover, Ch. 278: A desperate fight leads to a brutal bloodbath! Read it FREE from the official source! https://t.co/JtEBaq0EhH pic.twitter.com/jsdD0k4eSb

The next takes us to the scene where Jack is lying down and Nacht is fighting with Dante. All of a sudden, Nacht notices that the blades are coming out of Jack’s body. Jack is able to manipulate the blades out of his body. As soon as Dante poke Jack by comparing him Yami Sukehiro. Guess what? Jack slashes through the gravity magic of Dante- “Slash them to the ribbons”. and attacks him. At first, it seems like Dante doesn’t get affected by the attack but the chapter ended with blood get spilled out of Dante’s body.

What is the release date of Black Clover 279?

Back to Yuno and Langris vs Zenon

Now let’s assemble the events- After the defeat, our heroes went through some hardcore training in order to defeat The Dark Triad. Obviously, the creator has to show that they’ve evolved ever since. And to show this, the creator has to show the upper hand in favor of heroes. First, Yuno surprised Zenon with his new form, then Charlotte went through her strongest new transformation against Vanica, and at last, Jack also got a transformation against Dante which was quite effective as well. Now, we can expect Black clover chapter 279 to take us back on Yuno and Langris vs Zenon where Zenon has some upper hand against both of them.

As we all know that Asta and Liebe are working together in order to get stronger gradually. So, we might see Asta and Liebe in the upcoming chapter of Black Clover.

From the last 3-4 chapters, the creator of Black Clover- Yuki Tabata managed to show the character development in the favor of heroes. First, Yuno landed a heavy blow on Zenon, then Charlotte managed to level up and reveal her strongest form so far, and at the end, Jack sliced his magic through Dante’s body. This makes it clear that our mages are now way stronger in comparison to what they used to be. But now, it’s time for the dark triad to show its real strength. Let’s not forget that this evil group of mages are the Strongest Villains Of Black Clover Series So Far. So, some heavy casualties are highly expected in this battle for the character development of other characters. As per our predictions, if something like this happens, then Jack would be the first person who will die. Something like this is highly expected from Black Clover Chapter 279.

Where to read the Black Clover 279 Chapter?