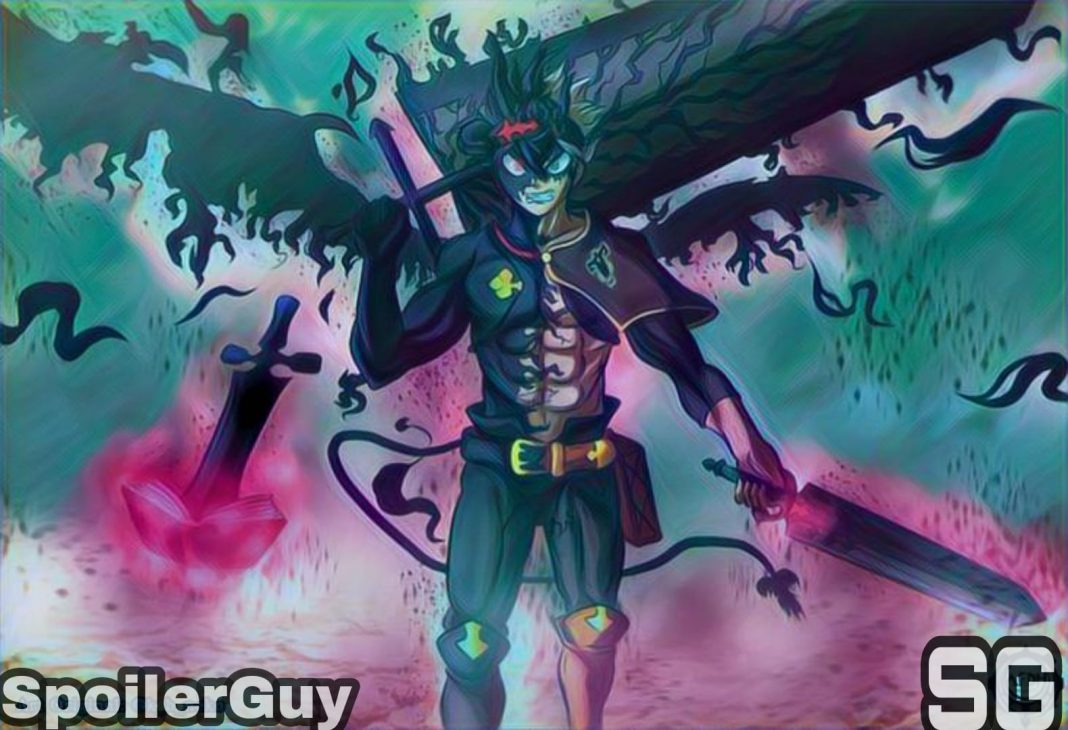 The previous chapter of Black Clover featured our favourite, most awaited- Asta’s comeback. Besides this, the previous chapter of the series revealed some serious information regarding the demon realm. Like- Zenon revealed the creation of Demons- Demons are the miracle born from human hatred and the power of the underworld. On the other hand- the leader of the spade kingdom- Grynberryall Family, Yuno’s family, is responsible for sealing 2 ancient demons. And now, The Dark Triad managed to release one of the ancient demons to assault the Clover Kingdom. All the strongest mages of Clover kingdom step up in order to protect the kingdom from the rage of the demon. Even the wizard king steps up with the help of Damnation Kira’s magic but the Ancient demon’s strength is off the chart. But guess what? In the last moment, Asta appears out of nowhere with Liebe on his shoulder attacks the ancient demon. Black Clover Chapter 282 will be the continuation of the battle between the Asta and the Ancient demon.

Fans are full of beans and their expectations with the Black Clover Chapter 282 is touching the level of the sky. Tabata is giving his everything in order to engage each and every fan of Black Clover. The storyline, artwork, character development, well it is not wrong to say that Black Clover is serving the best quality of everything with this arc. Hats off to the franchise.

Black Clover, Ch. 281: A powerful demon rampages out of control! Can anyone stop it? Read it FREE from the official source! https://t.co/an1F1YPJv4 pic.twitter.com/X40Jrlz0JL

What is the Release Date of Black Clover 282?

This time, weekly shonen jump is on a tight schedule which means that there is no delay in the schedule, it means that Black Clover chapter 282 is going to release on 14th February 2021.

As we’ve already mentioned above that Tabata is putting everything in this arc. This makes fans super anxious to know the events of Black Clover 282. So, as per the sources, Black Clover Chapter 282 raw scans might get released on or around 12th-13th February on Reddit.

The Title of Black Cover Chapter 282 is – “Black Guardian” and the chapter would be 17 pages. Asta and Liebe fought against the Devil to protect the Clover Kingdom. Besides this, The demon is slashed without preventing an attack. However, the devil assimilation lasts only 5 minutes! As per more information- One page only for Yuno vs Zenon. Yuno will refer Asta by denoting that there is someone in the clover kingdom that will not stop, no matter what!. The whole Chapter events are about Asta and Liebe Vs The Demon.

Where to read the Black Clover 282 Chapter?

Well, that is all we have on Black Clover Chapter 282. Hope you guys enjoyed it, do make sure to stay home and stay safe weebs. This blog was written by Spoilerguy.

The Healer Enforces Justice in Redo of Healer Episode 7 Uncensored