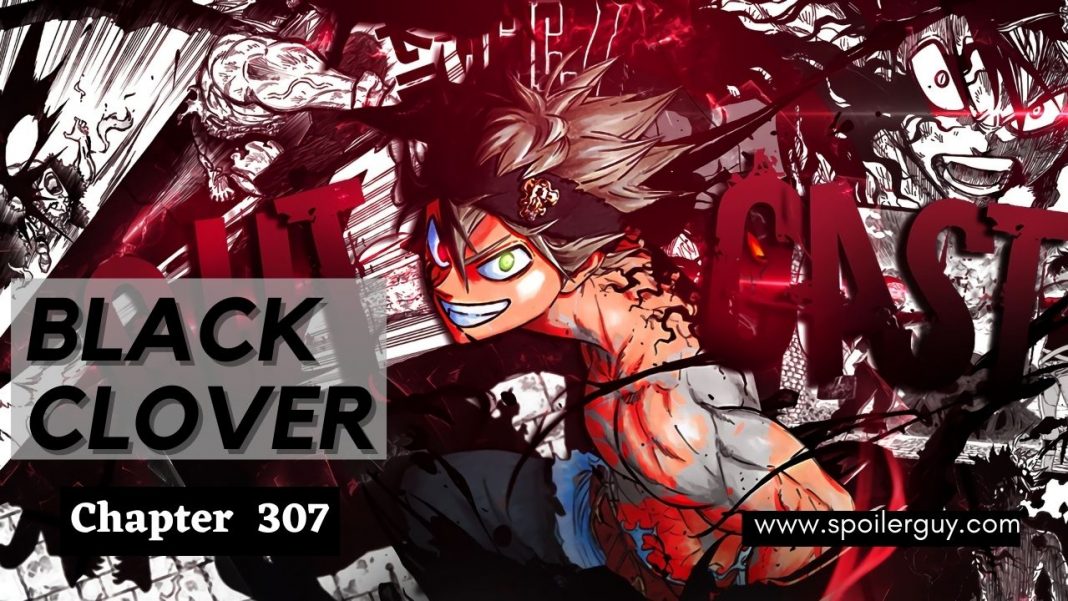 In Black Clover chapter 307, Zenon’s journey appears to be far from done. Yuno fires Wind Spirit Creation Magic: Spirit of Euros at Zenon since Asta and the others defeated two Supreme Devils, Black Clover has just begun airing the battle between the trio. Yuno is set to execute his trademark technique to murder Zenon in the newest Black Clover Chapter.

“Boundry” is the title of the chapter. Zenon is taken aback when he sees Langris standing in front of him, preparing to blast him. Yuno predicts that their collaboration will prevail in this battle. Zenon is awestruck by their quickness, and he never expected them to value his body.

Black Clover, Ch. 306: Yuno takes his shot at the devil! Will he hit his mark? Read it FREE from the official source! https://t.co/qwj9wNyc1P pic.twitter.com/kXDdxt8p7d

Yuno felt confident in his attack, but given his history, he knew it wouldn’t be enough. To vanquish the demon in front of him, Yuno may have to push harder. It is also expected, that Zenon will be defeated by Yuno and Langris, as we shall learn in the following chapter.

After utilizing his magic to defeat those punks, a new youngster enters and saves Zenon from the beating. The youngster admits his name is Allen, and he is irritated that the Defense Force brats are bullies. Allen assisted Zenon in getting up and explained that he utilizes a different sort of magic than the others, but that there is nothing wrong with it.

Zenon considered his bone magic to be strange. Zenon’s magic is praised by Allen, who reminds him that it is more powerful. They became fast friends and discussed the Spade Kingdom and the never-ending revolt. Allen says that the Diamond Kingdom continues to invade, and he desires to get stronger in order to defend everyone who is terrified.

Yuno eventually prepares his arrow and fires it into Zenon’s body in Black Clover chapter 306 summary. It pierces his chest and leaves him in a state of disarray. Zenon’s expression is filled with fear and astonishment when he realizes what Yuno has done.

Zenon had no time to react since the arrow struck him so quickly. Yuno refers to it as their triumph. Zenon recalls a period in his youth when he hears his words. His brothers make fun of him since he was injured. His elder brother, on the other hand, believes he has more promise than his siblings.

With the latest Black Clover chapter, we get so many confirmations.

John begins to beat him one day. He is saved, however, by Allen, who intervenes and saves his life. He doesn’t like it when people judge someone based on their magical abilities. His wizardry is intriguing, he says Zenon.

Allen expresses his desire to safeguard those who live in the country. He aspires to be the head of the defense force because the region is constantly being assaulted by adversaries. Zenon intends to follow in his father’s footsteps and become a commander.

He assures his brother that he will not be a devil’s host. Both Allen and Zenon finish their training and are promoted to defense force commanders. A dungeon arises in the nation one day, and both of them are sent to deal with it.

In a distinct command training, the two worked together. Zenon told his brother a few years later that he didn’t want to be a Devil Host. With Allen, he made it to division four of the mage defence force. They have a lot of fun working together and conquering various dungeons.

However, Zenon’s opinion was altered after Allen was slain by the Devil during the expedition, and he begged his brother to build him a Devil Host. Zenon makes a pact with Devil Beelzebub at the end of the chapter.

Where to read Chapter 307 of Black Clover?

Since 2015, Shueisha’s Weekly Shonen Jump has started serializing Black Clover. Chapter 306 of Black Clover will be released in Viz and Mangaplus. However, if you missed the most recent three chapters, you may read them for free on Viz’s official website.

That concludes Chapter 307 of Black Clover. Stay tuned to Spoilerguy for more.

Princess Connect Re Dive Episode 13 Release Date (Delayed?) and Where...