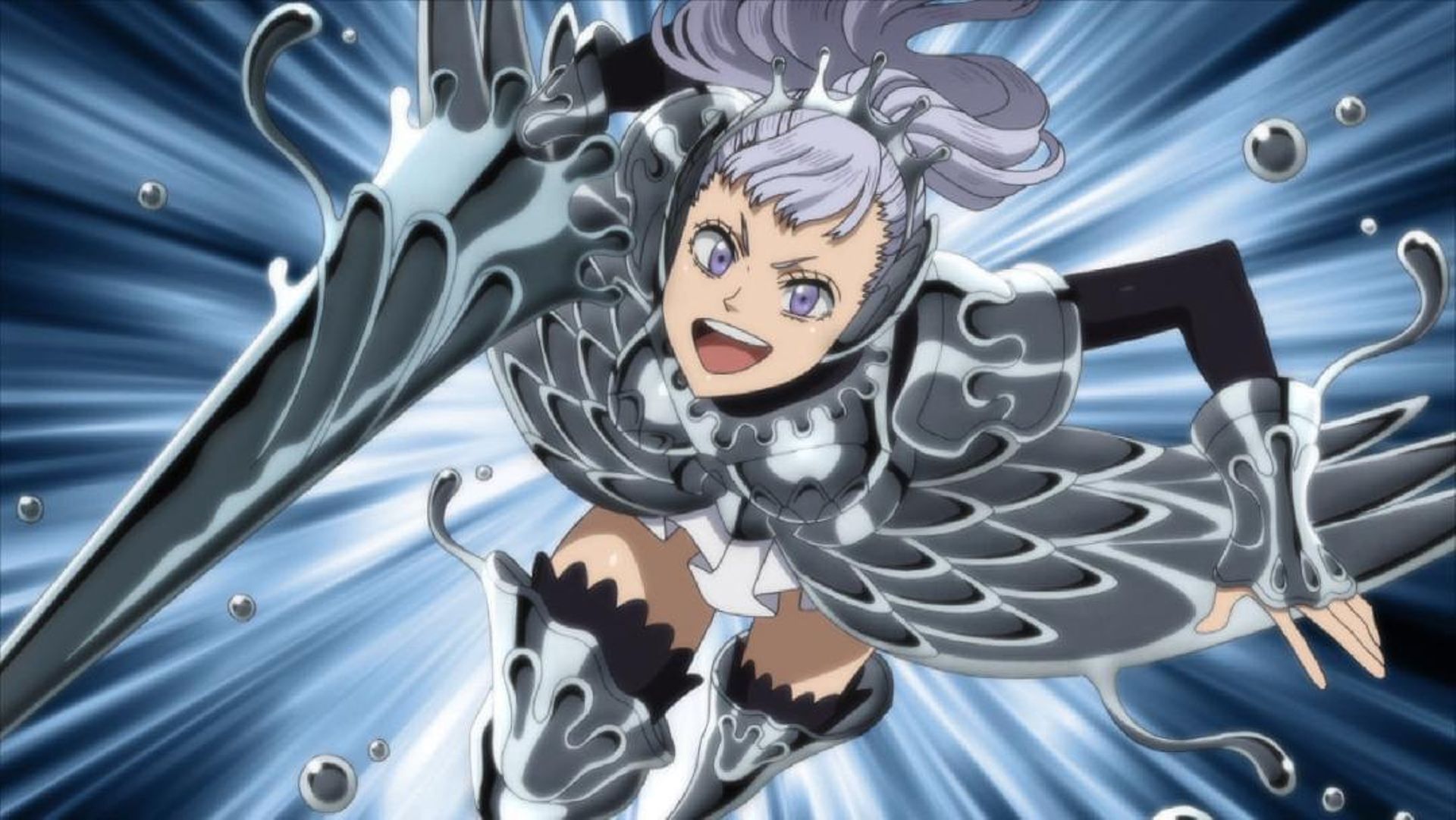 Howdy, everyone, you guys have been waiting for Black Clover episode 109 for almost a week now.

Black Clover Episode 108 aired a while ago, and Noelle fans are now flying sky-high. Why not? she is being recognized by the Silva family head. Earlier, Noelle’s mother died giving birth to Noelle. Hence the reason her siblings blame her. They simply believe Noelle wasn’t worth their mother’s death, especially since she’s a member of Black Bulls (the magic squad that is considered the lowest) and their mother was a squad captain.

Noelle Silva started off as someone who couldn’t control her magical powers. But, after continuous tough missions and their recent battle with the Eye of the Midnight sun- Noelle now is able to control a bit of her mana, as we saw in Black Clover Episode 108.

The episode covered chapters 176 and 177 of the Black Clover manga. The plot entirely focused on how the Silva family members (more like Nozel and Noelle) had a tough time-fighting Kivn, an elf and is reincarnated into the body of Letoile Becquerel, a squad member of the ultimate magic squad- Golden Dawn.

Noelle and Nozel had a really hard time figuring out how to get out of Another Atlas. Thanks to Noelle’s reflex, the Silva family was able to make it out without serious injuries.

The best part is again, Noelle getting recognized by the family head, i.e, Nozel Silva. Black Clover Episode 108 did a great job of focusing on family bonds of the Silva family.

Noelle unlocked a new magical spell, she called it: Water Creation Magic: Valkyrie Dress. It is an offensive spell that is basically an armor that covers up the entire body and allows the wielder to glide through the air with improved physical abilities.

Episode 109 Synopsis/Spoilers: Silva family is now exhausted taking down the elves, Noelle has been officially recognized as the member of the Silva family, she’s also learn a new magical spell called, Valkyrie Dress. Simultaneously, Yami and Jack (squad captains) were headed towards the King’s castle with Finral. And, destiny awaits for Finral?

Where to Watch Black Clover Episode 109-

Well, that’s what we have for now. Thanks for reading! Make sure to read our other article on Asta’s Demon