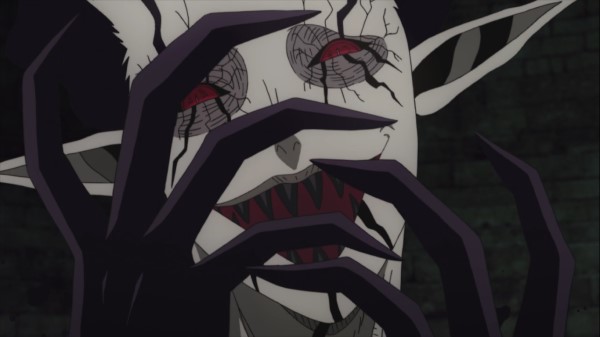 Howdy guys, In this post we are going to talk about the upcoming events of Black Clover Episode 116. Besides this, this post may contain spoilers. If spoilers bother you, I suggest you stop here, otherwise, you can go ahead. Before episode 116, let’s put our focus on episode 115-

Episode 115 was really amazing. One behind the conflict between humans and elves revealed himself. And guess what- he was the freakin devil!. “Elves and humans… Your dreams and ambitions make such excellent playthings!!”. He demonstrated his amazing dark power. Besides this, the name of his magic spell- “Word Soul Magic”. His magic allows him to manipulate his surroundings through his speech. He defeated 2 elves and our protagonists with such an ease that shows him that he is extremely strong. At the end of the episode, he turned Patry in Dark elf and now Asta and Yuno are facing him.

As the devil escaped from the scene, Asta and Yuno are facing Dark Elf. There is no doubt that Patry is way more powerful than both of them combined and now he is in Dark transformation which gives no proves there is not the slightest chance of Patry getting defeat by both of them. In order to turn the table around, Nozel will arrive at the scene. Let’s just admit that Nozel is way more powerful then Asta and Yuno. So, there are some chances that Nozel could defeat Patry. Besides this, his mercury magic is suited in every aspect of defeating Patry. This is what going to happen in black clover episode 116. Nozel will use his ultimate spell, the combination of Mercury Creation Magic and Silver Star Execution. This will cause Patry’s Light Magic will be endlessly reflected back to him. And in this way, Nozel will defeat Patry.

Black Clover Episode 116 is going to release on 7th January 2019. Besides this, the title of the episode will be “Ultimate Natural Enemy”.

So, what do you think of episode 116? Let us know your views in the below comment section.