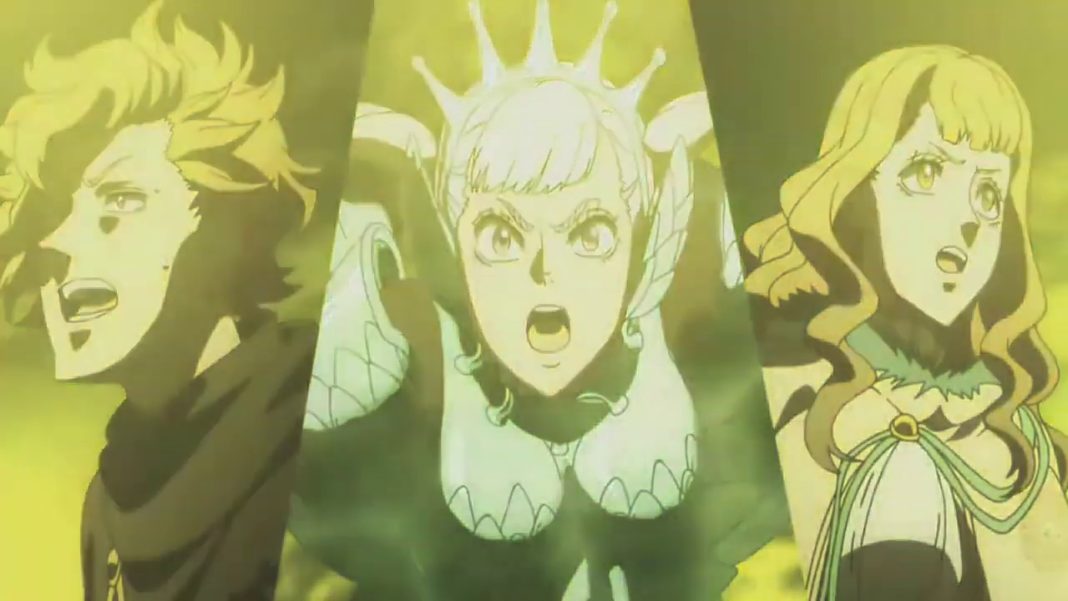 Hey Black Clover fans, in this blog we will discuss Black Clover Episode 129. Moreover, as revealed earlier Black Clover anime won’t be following the plot of manga for a while. This is because the manga is only 20 chapters ahead of the anime.

The previous Episode ends with Asta taking on the Spirit of Water. And, as it may seem- Nero is in her bird form, for now, at least. Viewers are now looking forward to Black Clover Episode 129.

The 129th episode of Black Clover is titled, “Devil Megicula”. The Episode will be revealing lots of details regarding the curse of Noelle’s mother and the curse that lies within the Heart Kingdom.

You can watch Black Clover episode 129 and all the other episodes on AnimeLab, Crunchyroll, FUNimation, and Hulu. We highly condemn the use of streaming anime or reading manga on an unofficial website. You can read more about Anime Streaming Websites here.

The story revolves around two orphanage kids Asta and Yuno. These boys have a dream to become the next wizard king. Yuno is a prodigy who has the ability to control wind magic. But Asta can not use his Mana (Magical Powers). Yuno has immense magical power, on the other hand, Asta gains magical power through physical training. Having the same goal, both of them developed a friendly rivalry. Later on, Asta and Yuno joined a Magic Knight squad as the first step towards their goal. The anime has aired 128 episodes, as of now. Black Clover Episode 129 will be out soon.