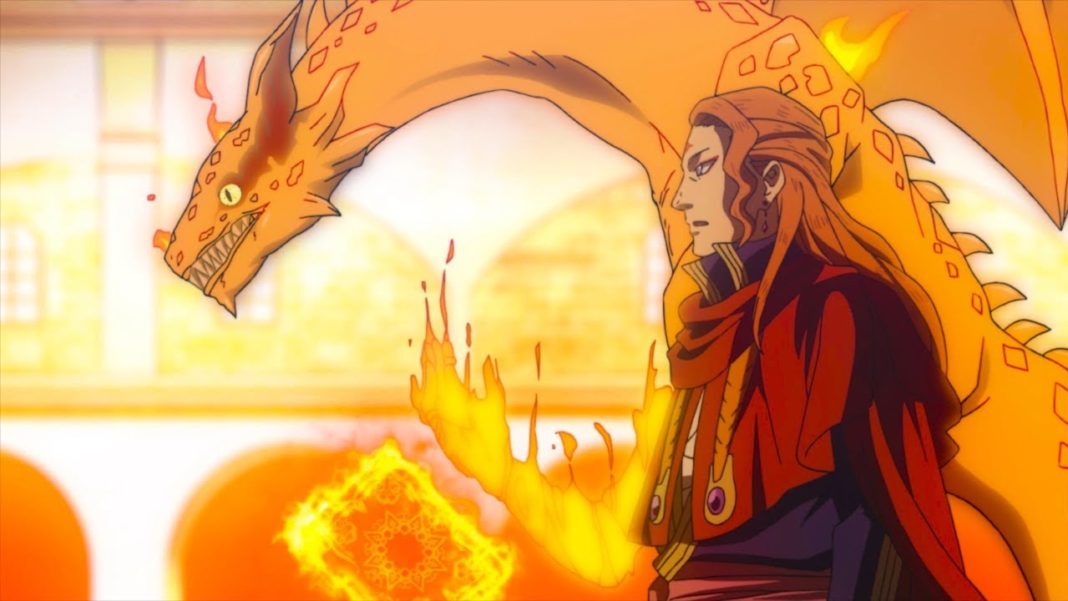 Black Clover franchise seems to rule the ongoing anime industry for a while now. With almost no gap left between the anime and manga, Black Clover has decided to put up a Filler arc in between the show. The anime recently aired the first episode of this filler arc, i.e, Episode 132 and fans are eagerly waiting for Black Clover Episode 133.

We posted a tweet on our account regarding the Black Clover anime going on a hiatus. And it seems, our predictions were right.

The Black Clover anime will go on break after the broadcasting of Episode 132.
The reason is again due to COVID-19 coronavirus pandemic.

Before starting with more details of the upcoming episode, let us take a quick recap for the previous one:

The 132nd episode of Black Clover was titled, “The Lion Awakens”. The Episode starts with Mereoleona Vermillion taking few Black Bulls members with her for a training session with her squad at the Ultime-Volcano Mountain Trail, where they previously went.

While they were headed towards the Hot spring, Noelle ends up encountering a giant spider. Resulting in Asta and others saving Noelle from the spider’s web. On the arrival of Mereoleona and Fuegoleon, the spider disappears. The Episode ends with Salamander destroying a wall and discovering an underground dungeon.

This episode was more of an episode to put up some character development to the side characters that might play an important role in the upcoming episodes. Moreover, the anime will continue the story from the 133rd Episode of Black Clover anime.

Preview: A dungeon?! Just watch, Asta, my rival. I will conquer it first! May my roar resonate through the depths of the earth!

The next episode will most probably revolve around Asta and others discovering the dungeon. Who knows, they might get their hands on rare items just like they did before. Here is the preview for the 133rd episode of Black Clover anime:

Did Black Clover Episode 133 get postponed?

Yes, the anime is under an indefinite break. The reason is the COVID-19 coronavirus pandemic. At first, it was Boruto and One Piece, but it seems Black Clover Episode 133 will get delayed due to the same reason.

The prerecordings for the upcoming episode has been stopped, as well. Resulting in future delays for this episode as well.

As of now, there is no confirmed release date for this episode. However, it is safer to assume that the anime will be on a break for 2-3 weeks.

Recently the news was confirmed by the Official account for Black Clover:

As per the recent tweet from the official account of Black Clover. The anime is going on an indefinite hiatus. Which means, there is no confirmation when the anime will be back. Viewers are as eager as ever for Black Clover Episode 133. However, as it may seem, the anime won’t be coming back until the COVID-19 coronavirus pandemic is in control.

Well, this is a great time to catch up with Black Clover manga. The manga is only a few chapters ahead of the anime.

Black Clover Episode 133 will be soon available online. Until then you can watch the previous episode of the anime online on AnimeLab, Crunchyroll, FUNimation, and Hulu. We highly condemn the use of streaming anime or reading manga on an unofficial website. You can read more about Anime Streaming Websites here.

As of 17 May 2020, no updates are out regarding Black Clover Episode 133. However, as per our speculations, the episode will not be out before July 2020.

The anime is currently not following the manga. As per our speculations, the anime is going to follow a filler arc. The filler arc will revolve around the training of all the Magic Knights in the Clover Kingdom as well as the preparations for the War.

This arc was basically skipped in the manga. However, in order to create a ‘gap’ between the manga and anime, the Black Clover anime is going to follow a filler arc up to a certain time. Black Clover Episode 133 and continuation is part of the filler, as well.

As for the manga spoilers, once this filler arc is over. The anime will follow a time skip, and then the alliance between the Clover Kingdom and the Heart Kingdom will take on the Spade Kingdom, as decided by the Wizard King. We will finally see the Dark Triad in action. And as per the manga, the Dark Triad is far stronger than the Devil of words.

While you wait for Black Clover episode 133, make sure to give a try to the manga, as well. The manga is not just 10 chapters ahead, but have an amazing climax. If you are looking forward to some recommendations then here is the list of the anime you need to watch.

I am Standing on a Million Lives Episode 7 Release Date...