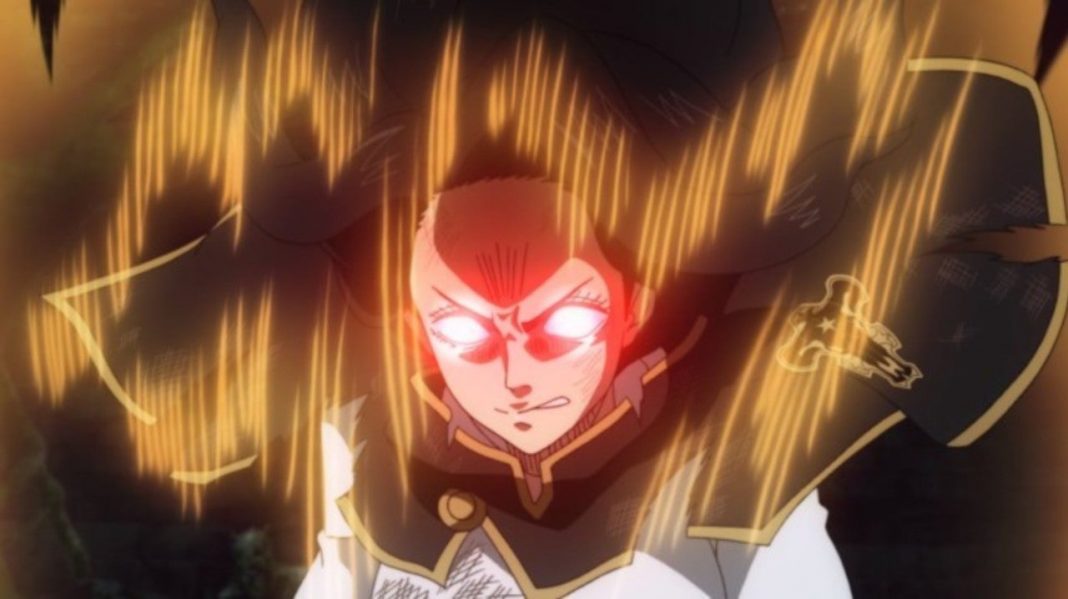 The previous episode ends with Asta and others taking down the Iron fortress and saving the villagers. Black Clover Episode 159 is all set to release this coming Tuesday. With the Spade Kingdom arc being currently on-air. Viewers are now looking forward to what the upcoming episodes have to offer. The 159th episode of Black Clover anime will feature other characters’ transformation, including Leopold, Noelle, Mimosa, Finral, Charmy, and Yuno.

In this post, we will be discussing the available events of Episode 159, including the spoilers, streaming details, release date, and time. Before we begin, let us have a quick look at the events of Black Clover Ep 158 –

Oh man, Just like everyone else in here, I, too, was eagerly waiting for this episode to drop. The anime has been following the filler arc for quite some time. Episode 158 marks the beginning of the highly anticipated Spade Kingdom arc. The lousy little kid with other young magic knights has been training for the past six months under Spirit Guardians of the Heart Kingdom. And guess what? Their transformation is unbelievable!

Last Tuesday, Crunchyroll released the previous episode with the title, The Beginning of Hope and Despair. The episode starts with a mysterious man trying to cross the Grand Magic Zone to deliver his message somewhere in the Clover Kingdom. This person somehow seems to be looking for Yuno. On the other hand, In Spade Kingdom, a moving fortress, Candelo, passes through the Grand Magic Zone, draining their prisoners’ mana and life force to move it.

Upon finding this sad sight through Undine, Lolopechka assemble the Magic Knights to create a strategy to take down Candelo. However, without thinking twice, “someone” takes off and head towards this moving fortress. While other magic knights complain, Lolopechka smiles and says it’s better to have him go alone, “Asta will manage.”

Despite not being blessed by mana, Asta flies all the way and crashes into the Candelo with his Demon Slayer Sword. Asta displays his training results and single-handedly takes on the enemy with his Demon Dweller, Demon Destroyer, and Demon Slayer sword. When Asta takes down the final boss, Noelle brings everyone else with her Sea Dragon’s Cradle in her Valkyrie Dress that too in Dark Triad.

Back in the meeting, Lolopechka divides the forces into two; one back Asta up rescuing the villagers while the other liberates the village from the Spade military. This additional force includes only two magic knights, Luck and Leopold. But, both of them take down the military in an instant.

At a castle in the Spade Kingdom, the antagonists – the Dark Triad, finally shows up. Zenon reveals that he used 40 percent of his devil’s power to destroy the Heart Kingdom entirely. While Vanica says that even she can do that much now. Dante seems to be the strongest one from the forces they exposed, followed by Zenon and Vanica. The episode ends with the mysterious man reaching the church in Hage, and he mutters Yuno’s name.

The story will now continue in Black Clover anime’s episode 159. It might be another episode leading us one step closer towards Yuno’s past. We keep posting early screenshots, previews on our social: @SpoilerGuydotcom.

Viewers are as eager as ever to watch the upcoming episode of Black Clover anime. Right after the previous episode’s petit clover, Black Clover anime reveals a preview for Episode 159. As per the preview, “Leo! Who said you could grow without me?! Well, it has been for six months. I’ve also grown these six… Hey! just where are you looking?! What?.”

Moreover, we now have the new titles and synopsis for the upcoming episodes of Black Clover anime.

Release Date – When will episode 159 Release?

As per the releasing schedule, the anime drops a new episode every Tuesday. Black Clover Episode 159 will release on 12 January 2021.

Where to Watch Black Clover Ep 159?

You can watch Episode 159 of Black Clover anime in English subbed and dubbed version officially on Crunchyroll. You can watch the anime on Netflix, AnimeLab, AdultSwim too.

Recently we have got our hands on the preview for the 159th episode of the anime. Here is the tweet –

While you’re at it, make sure you read our recent chapter 278 of Black Clover manga.

Darwin’s Game Season 2 – Everything You Need to Know About...