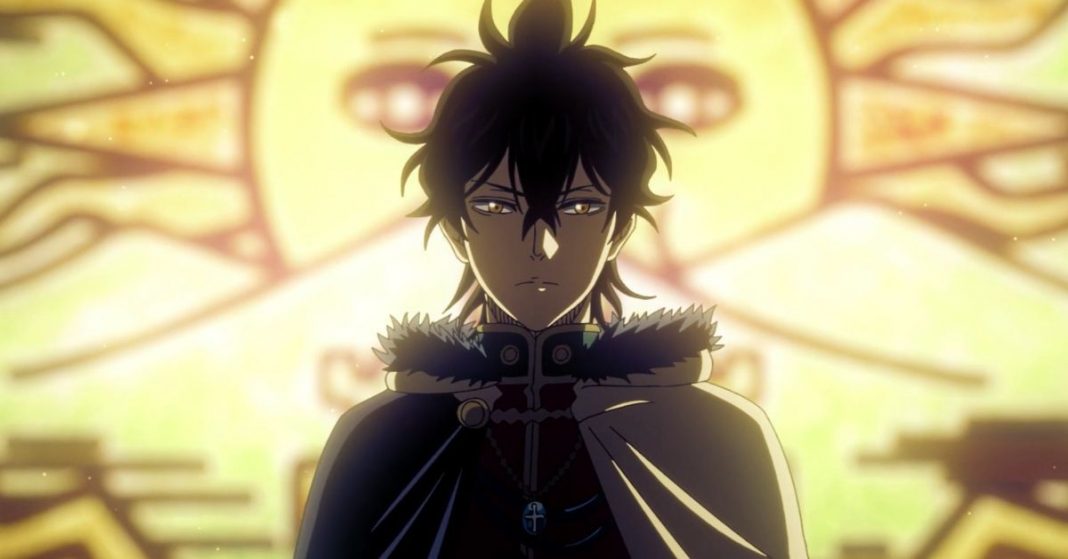 Black Clover Episode 160 will be covering up the reminiscent of Yuno’s past. Black Clover anime is currently one of the most popular ongoing shows that we, anime fans, are looking forward to watching. The past two episodes mark the beginning of the highly awaited Spade Kingdom arc. Viewers all around the globe are tracing every piece of information available on this episode.

Well, do not worry. This post covers every small or big piece of information, including the release date, spoilers, staff members, and streaming details for Black Clover Ep 160. Before starting, let’s have a glance at the events of the previous episode.

The 159th episode of Black Clover anime was more of a filler episode to show side characters’ growth. The episode covers up a bathing scene we all have been waiting for; however, we didn’t get the fanservice. The episode got out on 12 January 2021 with the title – Quiet Lakes and Forest Shadows.

Black Clover Capitulo 159 starts with Hage village’s events where Sister Lily and Father Orsi gives shelter to an injured man. We saw how this man fell unconscious after muttering Yuno’s name, which leads to a connection between this man and Yuno.

On the other hand, in the Heart Kingdom – Loropechika thanks everyone for helping the Heart Kingdom take over Tolon, as they gain more territory of the Spade Kingdom. No matter how impossible it may sound, Noelle believes they can defeat the devils if they have Loropechika’s support. Asta, Luck, and Leopold take on Gadjah for a practice match. Meanwhile, Mimosa, Noelle, Secre, and Lolopechka decides to take a bath.

Asta heads toward Charmy in the second half since she’s been eating a lot. To stop her from eating the entire forest, Asta fights Charmy; even though he’s been training a lot – he cannot win. But with the help of Rill and another Spirit Guardian, Asta manages to cut through her mana.

Meanwhile, at Golden Dawn, one of the Magic Knight delivers a message from Hage. Upon hearing this, Yuno rushes back to his village. The unconscious man, Ralph, recognizes Yuno since he resembles his mother, Lady Ciel. Ralph tells Yuno about his past and his parents. He mentions, Yuno is the heir of the House of Ginberryal and the Spade Kingdom Prince.

As per our source, the summary for Episode 160 of Black Clover anime is now out. As per the synopsis, Ralph, the Spade Kingdom’s messenger, will lastly uncover the mystery of Yuno’s past. He will also disclose the secret behind Yuno’s pendant.

On the other hand, The Headquarters of Golden Dawn is under attack by the Spade Kingdom. The Strongest Magic Knight squad gets hunted down by one of the members of the Dark Triad.

The episode is titled, The Messenger from the Spade Kingdom.

Some stills are out for Black Clover episode 160 –

There are other images as well, that shows the following –

Release Date – When will episode 160 Air?

As per the releasing schedule, the anime drops a new episode every Tuesday. Black Clover Episode 160 will release on 19 January 2021.

Where to Watch Episode 160?

You can watch Black Clover anime episode 160 in English subbed and dubbed version officially on Crunchyroll. You can watch the anime on Netflix, AnimeLab, AdultSwim as well.