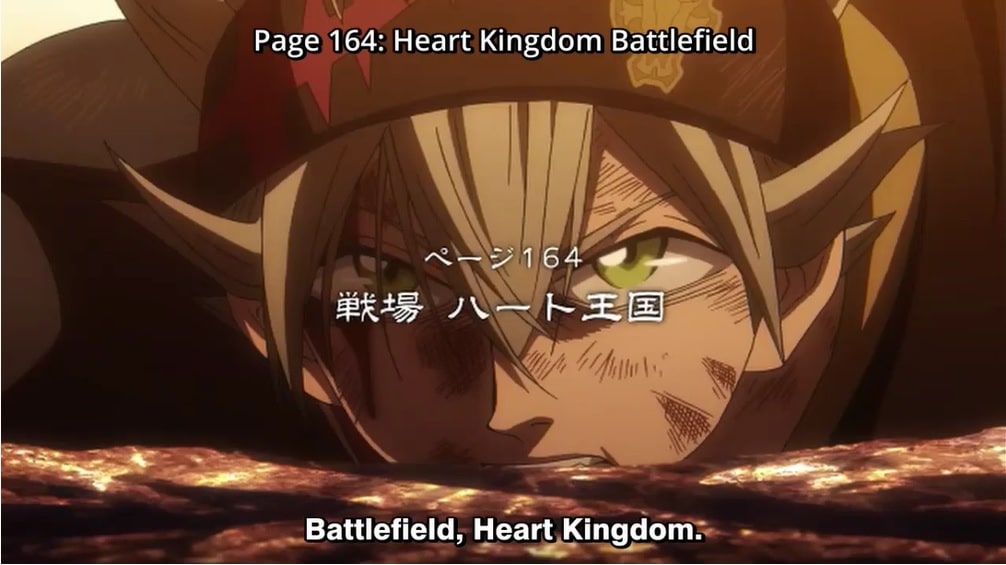 The previous episode of Black Clover commences the beginning of Captain Yami of Black Bulls vs. Dante Zogratis of the Dark Triad. Moreover, with the anime announcing its climax, viewers worldwide are eager for the conclusion. Episode 164 will be releasing this Tuesday.

The previous episode focuses on multiple plotlines; it starts with Grey’s flashback. It explains why Grey is so unconfident in showing her natural appearance. Eventually, it setups massive growth in power for Grey.

Dante seems quite strong at first; however, Yami isn’t aware of Dante’s ample power. Moreover, Yami is the worst matchup for Dante since he uses Dark magic, and he can easily nullify Dante’s Gravity magic. Yami lands a blow with his Ki slash on Dante, but will this make him retreat? We will surely get an answer in Black Clover episode 164.

As per the preview, we see an exchange of words between Dante and others from Black Bulls and Charmy making an appearance. The preview images are out for Black Clover E164:

As for the staff members, the Episode Director is Fumio Maezono, and the Storyboard is by Takashi Iida.

i tell c Chapter 2: Risa Aioi At Your Service!