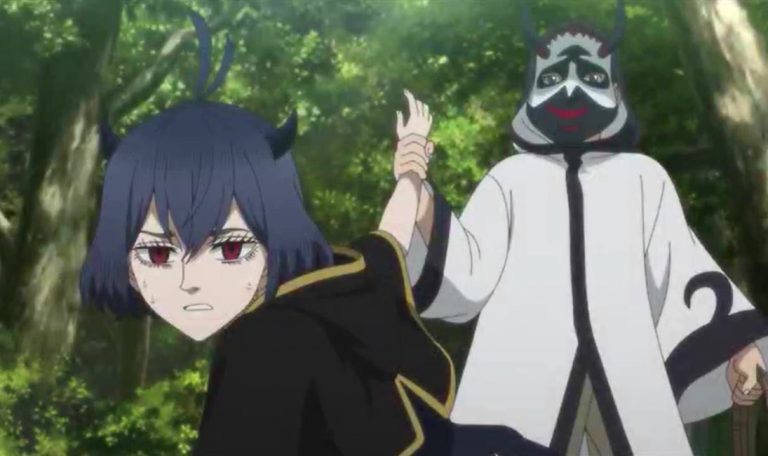 The anime is currently undergoing the 13th arc. With both the manga sales and anime watching skyrocketing, the Black Clover franchise sure is going places. This post will discuss the upcoming episode of the anime and how to stream it in English Sub and Dub. Black Clover Episode 149 will be releasing soon. We have put everything you need to know regarding the same below.

As you may already know, the anime is currently following a filler arc. The arc seems to introduce many new characters; however, all of this would be pointless when the arc ends. There are many rumors of either the story going on a hiatus or introducing another filler arc. Based on how fans have been reacting to the previous filler episodes. It is essential for the creator to either announce a hiatus or bring back the canon arc.

The previous episode was titled “To become the light that illuminates the darkness,” It was revolving around the events at the Breed Mountain on the borders of the Clover and the Spade Kingdom. In this episode, Magma brings captain Yami with him to stop the Devil Believers. On the other hand, Yami tries to convey the Devil Believers to have a chat with him. But, they refuse.

Soon after the arrival of captain Yami, both captain Nozel and Fuegoleon made an appearance. They, too, try their best to talk things out, but that is not what Devil Believers are looking forward to. At this point, the series is following a really bad plothole that is messing up with the power levels of Magic Squad Captains.

Apparently, the Devil Believers ended up summoning a strong magic beast without even realizing it. The Magic Knight captains take down the beast, and this is where Dazu gets a sudden realization of how Magic Knights are meant to protect everyone. And, as usual, the Shonen Talk no Jutsu makes them surrender to the Magic Knights.

Dazu decides to leave the Kingdom after giving back Asta’s grimoire. By the end of the episode, Asta tells Dazu that he will create a land where everyone can live freely and understand one another. The story continues in Black Clover anime Episode 149.

The forthcoming episode of Black Clover, which is Black Clover Chapter 149, is again a filler episode that will be covering up the reunion of the members of Black Bulls and the preparations for the attack on the Spade Kingdom. However, the arc is reaching its climax, and it’s only a matter of time until the staff announces something new. At this point, it could either be a new anime original arc or the introduction to the main arc, i.e., the Spade Kingdom arc. Here is the preview for the upcoming episode –

As usual, we have got the titles and synopsis a little earlier for this episode. The episode is titled “The challenge of the Maidens.” With no Delays in the releasing schedule, Black Clover Episode 149 will release on Tuesday, 27 October 2020.

Please note, we will be updating the article with the official synopsis soon; stay tuned.

Black Clover upcoming Episodes titles for the anime only arc 😀

While you wait for Black Clover Episode 149 to air, do not forget to read our recent Noblesse and One Piece.

As for its plot, In a world of mages, where people are born with magic, our protagonist, Asta, is born with none. Plus, now he wishes to be the Magic Emperor of the Clover Kingdom. The path won’t be easy since he is endowed with a strong rival, Yuno, who shares the same ideals.

Asta later joins Black Bulls and walks on, becoming the strongest mage of the Clover Kingdom. Sure, it won’t be easy. There are loads of strong magic knights Asta will be competing against. But since he never gives up, he might as well make his dream come true. As of now, the anime has aired a total of 148 episodes. Black Clover Episode 149 will be out soon.