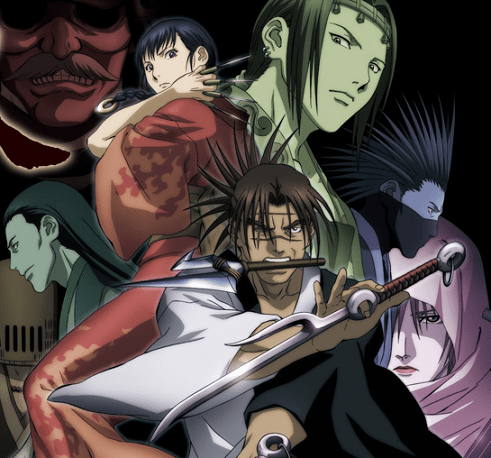 October of 2019 is going to be an amazing month for otakus. A huge number of new animes are going to make a debut. Like My hero academia Season 4, Sword Art Online: Alicization – War of Underworld and many more. Furthermore, already aired anime like One Punch Man Season 2 and Demon Slayer on Toonami Server. So, yeah October 2019 is going to be a package of anime. There is one more anime which is going to make debut in October- Blade Of The Immortal. But exactly when the anime is going to release? Let’s find out-

Blade Of The Immortal

Not long ago, the first detail of Blade Of The Immortal reveals. Recently, Kodansha Afternoon hit fans with an exciting update. It reveals that the sequel of Blade Of The Immortal is going to hit fans very soon. Besides this, the adaptation is still in process. However, it was confirmed that the anime is on its way and going to hit fans very soon. It was already confirmed that this time anime will cover- Bakumatsu arc.

Woah, the trailer seems quite bloody. Afterall Blade Of The Immortal is one of the best Samurai story. As the trailer visual seems- full of violence. Well, it’s extreme violence. But still, fans are pretty sure that the anime is going to deliver satisfying results.

Manji is a ronin warrior of feudal Japan. According to the story, he has been cursed with immortality. To rid of this curse and end his life of suffering, he must slay one thousand evil men. Furthermore, his quest begins when a young girl seeks his help in taking revenge on her parents’ murder.

Amazon is officially going to stream Blade Of The Immortal.

Well, that’s what we have for today. Furthermore,  Make sure to follow our Social media accounts for exclusive news.

Haikyuu Chapter 393 Release Date, Spoilers And Where To Read Haikyuu...