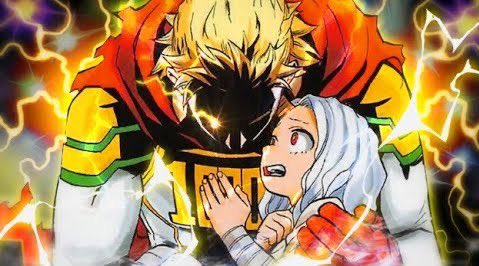 Howdy Guys, In this post we are going to be talking about Boku No My Hero Academia Chapter 293. We’ve included details of the release date of BNHA Chapter 293 and where you can read it officially.

Note- This post may contain spoilers. If spoilers bother I suggest you read it with utmost care. We will update the article with all the spoilers, leaks, and raw scans for Boku No My Hero Academia Chapter 293, including the sources to read it online. So you needn’t worry. Make sure you read the complete article for all the details-

With the major unexpected turning of events, the My Hero Academia Manga series managed to create hype among fans and they couldn’t resist themselves to go further so here are some major prior events-

The chapter begins with Jeanist jumping off the plane at the fight zone. He immediately ties up everyone using his fibers and holds down Gigantomachia.

Chapter 292 also revealed that Gigantomachia is powerless until he receives an order from Shigaraki. This is when Dabi burns off the fibers and battles Shoto.

On the other hand, The modified Nomus start to move towards Shigaraki making the situation difficult than before for the heroes.

Furthermore, Deku is unable to move but wants to help jeanist focus on holding down machia without getting distracted. Deku comes up with a plan to use “Black Whip” with “Float”, but his body refuses.

The chapter ended when All of a sudden Lemillion appears from the ground and saves Deku.

Boku No My Hero Academia Chapter 293

What is the release date of My Hero Academia Chapter 293?

As per the information, there is no update regarding the delay of MHA 293. So, now, as per the schedule,  My hero Academia Chapter 293 is going to release on 6th December 2020 in the 52nd issue of Shueisha’s Weekly Shounen Jump Issue. A new chapter comes out every Monday/Sunday.  So, for more release date information and the latest anime news, stay informed with Spoilerguy.

As for now, there is no update regarding the release of the spoilers or raw scans of My Hero Academia Chapter 293.

The spoilers and leaks are basically the raw scans, that are being translated by the popular translators on the internet.

But you may not worry, we will make sure to add the leaks and spoilers to the article, as soon as they’re out. Moreover, the name of the chapter is not revealed yet.

So as per our sources, BNHA Manga chapter 293’s raw scans are going to release on 3rd December 2020.

Where To Read MHA Chapter 293?

All the chapters of Boku no Hero Academia manga are available for free on Viz Media. So, you can read BNHA Manga Chapter 293 on the above-mentioned platform. We highly condemn the use of streaming anime or reading manga on an unofficial website.

Well, that is all for today’s blog on Boku No My Hero Academia Manga Chapter 293 Release Date: Lemillion Is Back!!! Hope you guys enjoyed it, do make sure to comment on your views. Besides this, this blog is written by Spoilerguy. Make sure to follow our Instagram for exclusive anime news: @TheSpoilerGuy

Solo Leveling 137 Delayed? Everything you Need to Know About Chapter...