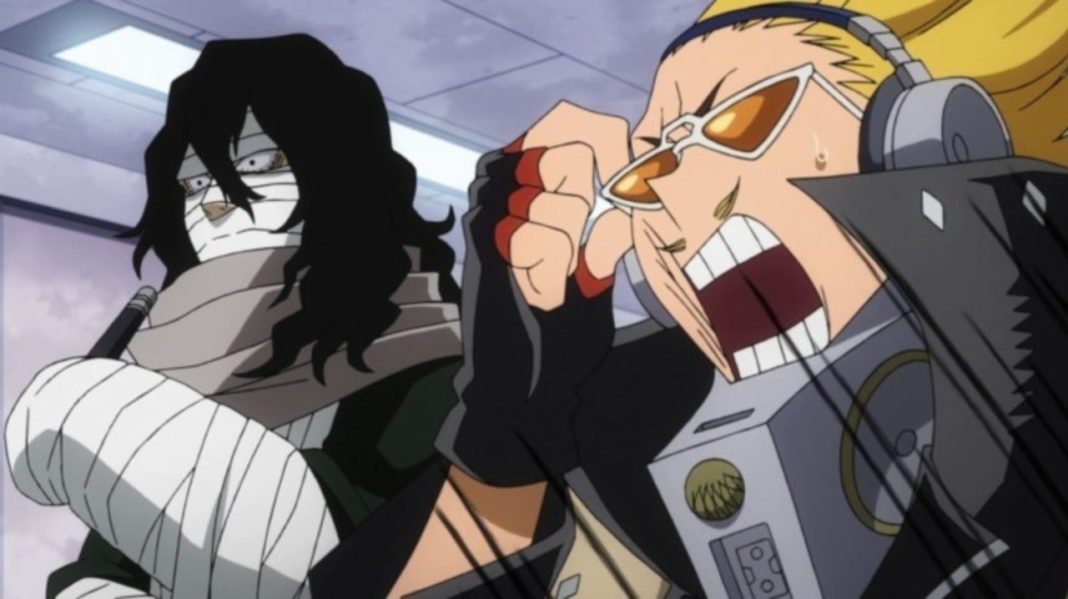 Hey Guys, In this post, we are going to be talking about My Hero Academia Chapter 270. Besides this, this post may contain spoilers. If spoilers bother you, I suggest you skip to the release date section. So, proceed with the utmost care-

In the previous chapter, Mirko was severely injured as she fighting Villains and Nomus while doing her hero duty. So, when backup arrived, she got the chance to rest. On the other hand, Endeavor was composing decontaminate Mirko. But instead of that, she wants to Endeavor to help others. This is when Endeavor realized that how hard Miriko was trying to do her hero duty. So, he requested her to bear the heat.

On the other hand, other pro heroes were also fighting the Nomus. As they were fighting the number of advance Nomus already, they decided to get rid of Shigaraki’s capsule as soon as possible because he is a real deal.

Furthermore, Aizawa defeated the various number of Nomus on his own. This shows that Aizawa is way stronger compare to what he used to be. Aizawa tried to hold them so that the heroes who off to destroy capsule ( Present Mic and X-Less) shouldn’t face any problem.

Somehow, Mic and X-less manage to get to the lab. This is when Garaki tried to make Shigaraki conscious as the heroes already had been there. Garaki wants to fulfill all for one’s dream no matter what. But, his dream was shattered in the pieces as the heroes arrived.

So, Mic destroyed the capsule with his sound quirk. He shatters it by using the Loud Voice attack. Besides this, he also attacked Dr. Garaki with a DJ punch. On the other hand, X-Less inspects Shigaraki and concludes is not breathing. He also concludes that even his heart is not beating and this means he is dead. Is he?

Later, the backup of heroes arrived. They defeated all the Nomus. Endeavor also manage to defeat all the Nomus and he did it easily which means he too strong for the Nomus now.

At the end of the chapter, Shigaraki shown with his mouth open and he seem very week. “The Lord Of Of Dreams Will Die”.

Note: We will update the article with all the spoilers, leaks, and raw scans for My Hero Academia 270 including the sources to read it online. So you needn’t worry. Make sure you read the complete article for all the details-

The spoilers and leaks are basically the raw scans, that are being translated by the popular translators on the internet. But you may not worry, we will make sure to add the leaks and spoilers to the article, as soon as they’re out. You can put your opinions regarding My Hero Academia Chapter 270 in the comment section below. The important leaks and spoilers for MHA Chapter 270 will be out on or around 8th May 2020.

My Hero Academia Chapter 270 may reveal the above-mentioned questions.

So, according to official spoilers, My Hero Academia will focus on Shigaraki. As tweet mentions- MHA chapter 270 is Shigaraki Centered chapter. So, It means that chapter will reveal that events after the chaos happened in chapter 269 of My Hero Academia.

Besides this, Boku No Hero Academia will not display any kind of action. This chapter will focus on what happens to Shigaraki after the previous arc. As tweet shows, the upcoming chapter will reveal such events that will bring Shingaraki in the center of the focus.

Where to Read MHA Chapter 270?

All the chapters of Boku no Hero Academia manga are available for free on Viz Media and Mangaplus. We highly condemn the use of streaming anime or reading manga on an unofficial website. A new chapter comes out every Monday/Sunday. So, let’s what is going to happen in Boku No Hero Academia Chapter 270.

Boku no Hero Academia aka My Hero Academia is a popular Japanese manga written by Kohei Horikoshi. The manga started serializing in Weekly Shonen Jump since July 2014. As for the plot, it revolves around a boy, Izuku Midoriya who was born without a quirk in a world where most of the humans have superpowers, called quirks.  Later on, the manga got an anime adaptation. The anime covers up the story of how he became the greatest hero. As of now, the manga has aired 269 chapters. MHA Chapter 270 will be out soon.

So, what do you think of My Hero Academia Chapter 270? And what are the expectations from MHA Chapter 270? Let us know your views in the comment section.