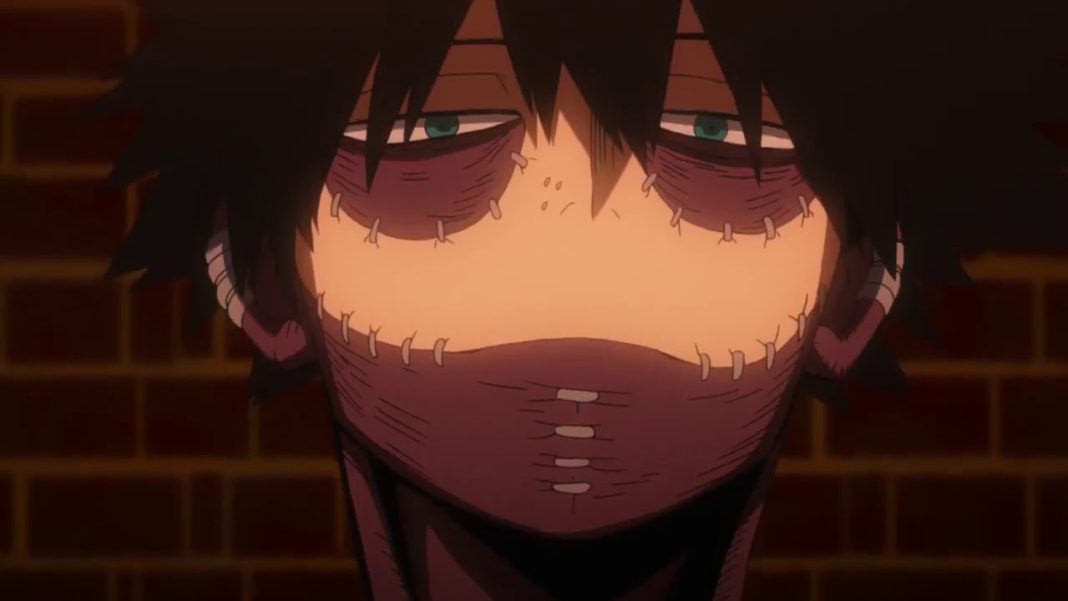 Howdy Guys, In this post we are going to be talking about Boku No My Hero Academia Chapter 291. We’ve included details of the new release of Chapter 291 and where you can read it officially. Note- This post may contain spoilers. If spoilers bother I suggest you read it with utmost care. We will update the article with all the spoilers, leaks, and raw scans for Boku No My Hero Academia Chapter 291, including the sources to read it online. So you needn’t worry. Make sure you read the complete article for all the details-

There is no doubt that My Hero Academia is one of the biggest franchises. As we all know that the Series introduced previous users of One For All who are now fighting alongside Deku. They chose this body (Deku’s body) in order to cultivate One For All. On the other hand, Dabi’s real name revealed which is- “Touya”. As the arc is approaching the most interesting part of the series, the fan’s expectations are really high from the upcoming chapter. So, let’s get going for Boku No Hero Academia Chapter 291 but before that, let’s have the recap-

The Chapter begins with Dabi’s mom watching TV in the hospital but notices a change in the network. A pre-recorded video of Dabi explaining his past is aired all over Japan. Meanwhile, Shigaraki is slowly recovering after the final blow he received from Deku and Endeavor.

Todoroki and Nejire move in to land another blow but Shigaraki is saved by
Gigantomachia. Lida flees the area carrying a fatally injured Bakugou. Endeavor blames himself for the current events that are unfolding.

Endeavor’s lungs are partially burnt and can barely breathe. Now enters Dabi, dancing and flaunting. He tells Endeavor to call him by his real name – Toya. He explains in his pre-recorded video that all his wrongdoings were the result of Endeavor’s lack of love.

Dabi publicly defames Endeavor by revealing his tragic past and how he used his wife to create a perfect vessel that would one day surpass All Might. And how he threw him away when he found was not capable of using fire and ice.

The chapter ends with Toya taunting Endeavor by saying – So let’s tango, you and me, Enji Todoroki. A Dance with your son here in Hell”.

No, My Hero, Academia Chapter 291 is not on a delay or a week hiatus. Stay Tuned to SpoilerGuy for more information regarding the release date.

The arc is approaching the new whole new extension which is- “Endeavor and Shoto vs Dabi”. So, what are the possibilities of MHA Chapter 291? Let’s find out-

My hero Academia Chapter 291 will focus on Dabi’s rage towards Endeavor. As the previous chapter revealed the true identity of Dabi. Dabi’s real name is Touya and Endeavor is his father. In desperate need of a strong child, Endeavor left Dabi which makes Dabi take his revenge which will reflect in My hero academia chapter 291.

What about Shigaraki? Let’s not forget the fact that Nejire and Shoto nearly roasted Shigaraki with their combo attack about Gigantomachia and other members of League of Villains backed him up. If this time, Shigaraki managed to get healed then that would be a big problem. So, the hero’s strategy would be super crucial this time.

My Hero Academia Chapter 291 might reveal information regarding Dabi’s past. As previous chapter start the unexpected battle between Dabi aka Touya vs Endeavor aka Enji. So, Dabi’s past is highly expected from Boku no my hero academia chapter 291.

As we have already witnessed that Tomura who is known to be strongest All For One user so far is on his last legs due to the his desperation of achieveing One For All. So, in order to make story go further, creator may make Shigaraki flee away from the battlefield.

Where to Read MHA Chapter 291?

All the chapters of Boku no Hero Academia manga are available for free on Viz Media. We highly condemn the use of streaming anime or reading manga on an unofficial website. A new chapter comes out every Monday/Sunday. So, according to you- what is going to happen in Boku No Hero Academia Chapter 291?