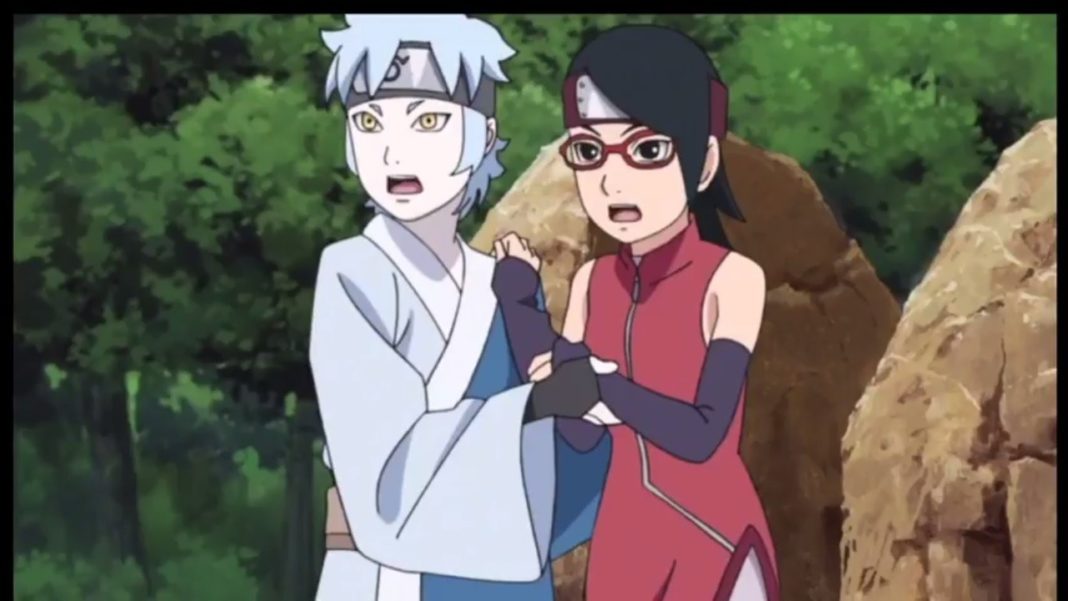 Hey Guys, In this post we are going to discuss Boruto Episode 141. Besides this, this post includes the details, release date, spoilers and much more of the upcoming episode of Boruto. Furthermore, this post may contain spoilers. If spoiler bothers you, I suggest you stop here. Otherwise, you can go ahead.

Episode 140 – Boruto: Naruto Next Generations. The episode was titled “The Shintenshin no Jutsu That Succumbed to Potato Chips”. According to the official synopsis – Inojin activates jutsu when training with Chou-Chou. Injoin wants to master the “Shintenshin no Jutsu” (Mind-body Switch Technique). He asks Chou-Chou for help in his training. What happens further? Does everything go well? Watch the episode to find out.

You can watch the episode officially on Funimation.

In the Preview, we can see that Boruto has been but behind the bars. But the reason behind his imprisonment isn’t known yet. Our protagonist has been sent to Hozuki Castle Prison. But Boruto is not alone in this mess. We can see Mitsuki along with Boruto in the Prison. Why is Boruto in Prison? How long will he be in prison? What crimes did Boruto & Mitsuki Commit? We have to watch Boruto Episode 141 to get these answers.

Before we get started, please note that this article may contain spoilers from episode 140 of Boruto: Naruto Next Generations. If you have watched all the episodes of the series, then you can keep reading. Otherwise, I suggest you may stop reading, so you don’t get spoiled. So, without any more delays, Let’s get started-

Episode 141 of Boruto is where the anime is going to meet the manga. It is the official beginning of “Mujina Bandit Arc” of Boruto Manga. Moreover, the title of the episode is “The Ninja Prison: Houzuki Castle”. As the name suggests the Episode is set in Houzuki Castle which is a Ninja Prison. But there is a twist.

Naruto and Genius Shikamaru sent Boruto and Mitsuki in Houzuki Castle as Prisoners. Moreover, they have a secret mission to carry out there. They have to protect Kokuri. But this is not going to be easy as the whole prison is filled with dangerous Shinobi Criminals. Moreover, Houzuki Castle is a penitentiary that is exclusively for the Shinobi. It is in Kusagakure Village.

Kokuri – a prisoner of that castle. He is a former member of The Mujina Bandits. But he has betrayed them. Moreover, Now it’s Boruto and Mitsuki’s Duty to protect him from the assassins. Team Seven will be keeping him safe from Mujina Group.

It will be broadcasting on 1/26, which will kick-start the 'Mujina Bandits' Arc~! pic.twitter.com/8kACgjHL75

The Boruto Episode 141 will be out on 26 January 2020 at 5:30 PM JST. You can watch the episode online officially on Crunchyroll. We highly condemn the use of streaming anime or reading manga on an unofficial website.