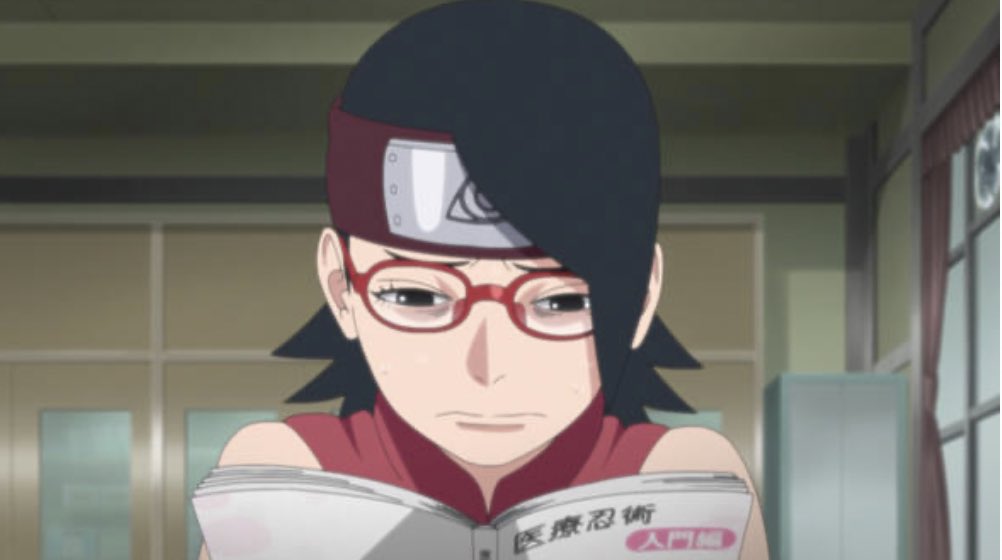 Hey Guys, In this blog we are going to discuss Boruto Episode 153. Besides that, this post includes the details, release date, spoilers and much more of the upcoming episode of Boruto. Furthermore, this blog contains spoilers. If spoiler bothers you, I suggest you stop here. Otherwise, you can go ahead.

Fillers are back in Boruto After two Arc from the manga. Moreover, the episode revolved around Sarada as it was an episode related to medical ninjutsu. In this episode, one ninja from each team has to go up for the special medical ninja lecture. As Sarada is the Daughter of Konoha’s best medical ninja, Boruto and Mitsuki put her forward for this special class. Besides, the class was taken by non-other than Sakura herself. But, Sarada was never good at medical ninjutsu and she struggled a lot. But due to some coincidences, she passed all the phases of the class. At last, she confessed about passing them by pure luck. Although it’s a filler episode it’s too funny.

You can watch Boruto episode 153 and all other episodes online officially on Crunchyroll. We highly condemn the use of streaming anime or reading manga on an unofficial website. You can read more about Anime streaming websites here.

While you wait for Boruto anime Episode 153, make sure to read our recent on Fruits Basket Season 2 Episode 3.

Episode 153 is going to be very interesting as a new member is joining team 15. Moreover, the new member is Kurogane Tsubaki, who is from the iron country. Besides, this change took place because Kakei Sumire has been transferred to the scientific ninja tool team.

If you are not aware let me tell you – Iron Country is famous for producing excellent Samurais. Furthermore,  she is an excellent Samurai who has pride in her abilities. But still, the performance of Team 15 is lower than expected. While team 15 was on a joint mission with Team 5 – Yuino Iwabee from team 5 takes all the credit. Moreover, Kurogane’s suggestion of competing with each other to find out who will play the most active role in the mission backfires and lead to many mistakes during the mission.

Episode 147 was the seventh and the last episode in the Mujina Bandits Arc. Besides, This arc is important as it connects the Anime with manga. After this Arc, the story will shift to the Chunin Exam Arc from the manga. Moreover, the manga reader is excited that the story finally connects to Manga. As of now, the anime has aired 152 episodes, Boruto Episode 153 will be out soon.

Do not forget to Read:Boruto Chapter 45 Release Date and Time Where to Read and More