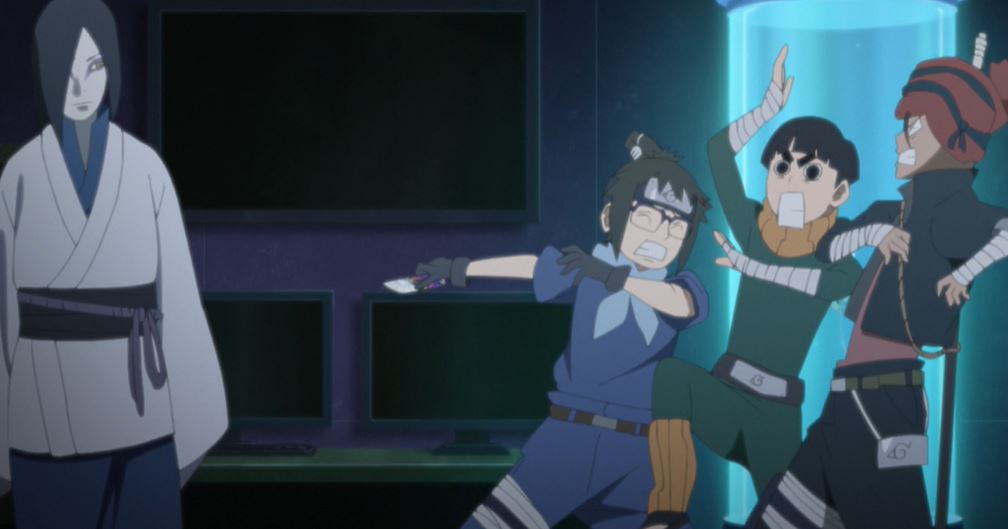 In this post, we are going to talk about the latest Boruto Episode 173 Release Date and More. Boruto is the sequel to the hugely popular Naruto Series. Although in the beginning, not many people liked it. But the show started getting better slowly but steadily. Boruto Manga is already a huge success and I can also say the same for the show.

This arc shows how all the members of the new Team 7 tries to train and become stronger. Mitsuki is in critical condition and is under operation by Orochimaru. Boruto is trying to come out with a new kind of Rasengan and Sarada is training with Sasuke and Sakura.

Boruto manages to come up with a new kind of high compression Rasengan which one-hit KO’s Shojoji despite him using his Zeypher Shield. Although this technique is very powerful the Recoil is too great so he can’t use it frequently.

The new Boruto Episode 173 is going to come on 8th November 2020, at 5:30 PM JST on Sunday. All the new episodes of Boruto come out every Sunday. Also, note that the time and date will be different according to your Time Zone.

What happened in Boruto Episode 172?

After getting exhausted from all the constant training, Boruto ends up depleting all his Chakra and is currently admitted into the hospital. Metal, Denki, and Iwabe decide to go visit Boruto and bought along a Thunder Burger to give him as a reward for completing his training. They all discuss Mitsuki’s Condition and how he’s at Orochimaru’s care for now.

The trio then runs into a boy who throws a Ketchup Bomb on Iwabe’s face. They came to know that the boy is Nattou. He’s just pulling pranks because he will soon be undergoing surgery. Nattou also wants to become a Shinobi like Iwabe and others. He asks Iwabe and others if they can bring back Orochimaru’s Autograph he will undergo the operation.

Iwabe and others find out Orochimaru’s hideout and there they find Yamato overseeing it. By his permission, they enter the compound.  Suigetsu confronts the boys as Iwabe, Denki and Metal disturb him while he’s sleeping. They start fighting and soon interrupted by Orochimaru. Iwabe and the others somehow manage to get the autograph. They also come to know that Mitsuki is undergoing a critical operation.

Where to Watch Boruto Episode 173

Well, this is if for the update on Boruto Episode 173. Also, read the latest News on Boku no Hero Academia Chapter 290 Release Date and more. Be sure to follow us on Facebook, Twitter, and Instagram for more interesting and the latest updates about anime.