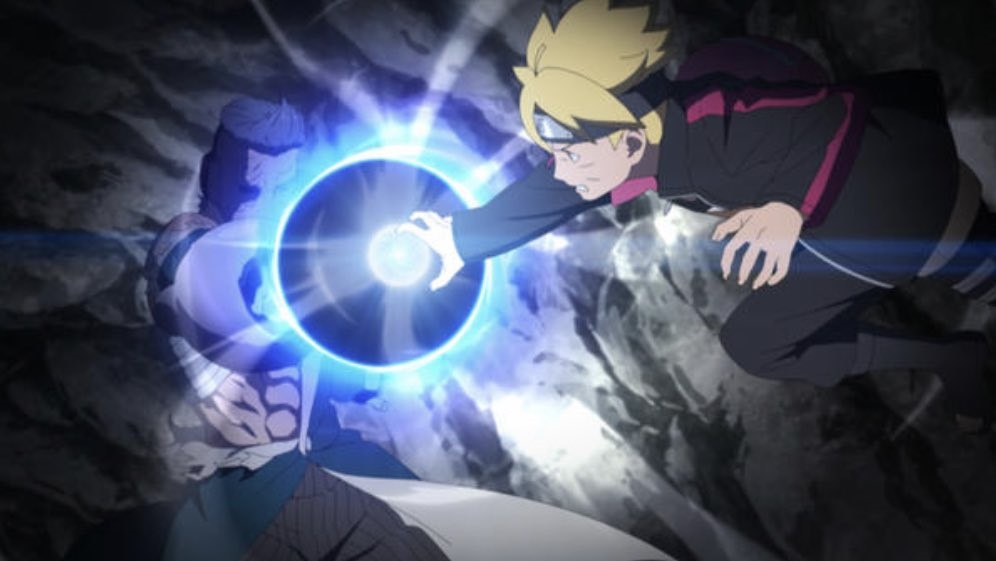 Episode 184 of Boruto: Naruto Next Generations is titled ‘Puppets.’ The anime will be adapting Chapter 19 of the manga. Moreover, As per the synopsis in Animedia magazine, Mugino and Konohamaru are facing some hardships while conducting their research on the airship; While they carry out their mission, they lose all communications with the village. It results in Lord Hokage sending Team 7, Katasuke, as reinforcements.

Ninja Dog Chamaru leads them to the location where Konohamaru and Mugino made their last transmissions. Upon reaching the site, Team 7 gets attacked by mysterious puppets created using advanced Scientific Ninja Tools. Team 7 and Katasuke, with the help of his Scientific Ninja Tools, manage to take down the Puppets.

The episode ends with Chamaru finally locating Konohamaru and Mugino; while they were heading towards them – Ao appears. The episode will be available to watch online this Sunday.

As per the releasing schedule, Boruto: Naruto Next Generations drops a new episode every Sunday. Considering there’s no delay. Boruto Episode 184 will release on 31 January 2021.

Where to Watch Boruto: Naruto Next Generations Episode 184?

You can stream all the episodes of Boruto: Naruto Next Generations on Crunchyroll, Netflix, and Hulu.

There are several fallen objects scattered around the area. They’re a puppet jutsu user’s puppets! This is turning into a bad situation. Did they take Konohamaru down? Since there are puppets, there must have been a puppet user here too! Maybe, they’re pursuing them.