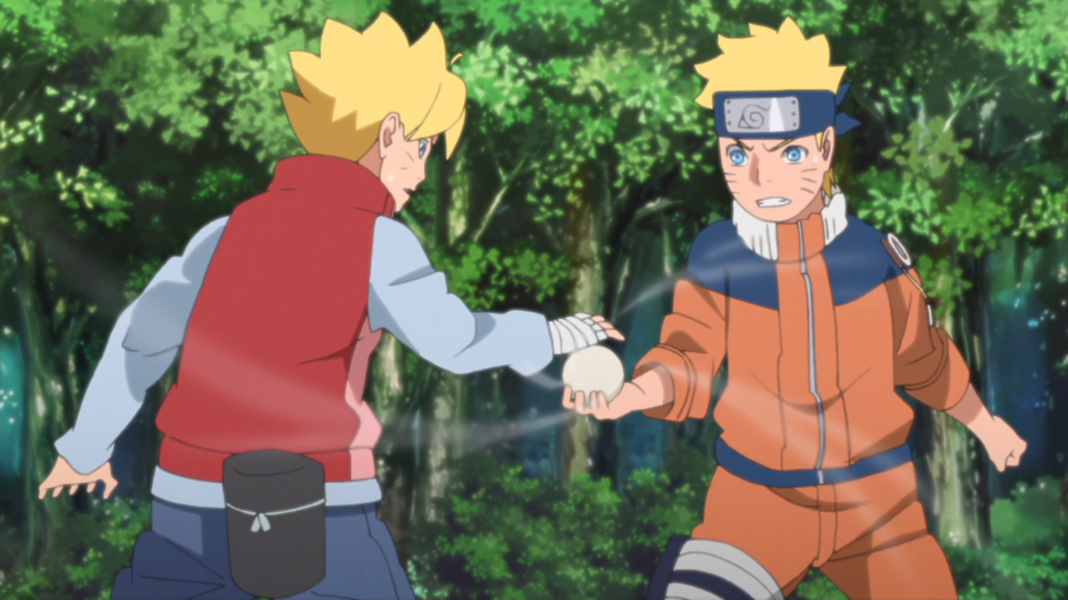 The Boruto: Naruto Next Generations manga is undoubtedly one of the most creative and addictive manga. The Boruto series is a continuation of its predecessor ‘The Naruto series’. Boruto was created in 2013 during the climax of the Naruto manga to portray Naruto Uzumaki as a father when the manga ended.

The Mastermind Behind both the Mangas

Masashi Kishimoto is the mastermind behind the Boruto manga and the Naruto manga. He wrote and illustrated the entire Naruto manga series and currently supervises the Boruto: Naruto Next Generations manga written by Ukyō Kodachi and illustrated by Mikio Ikemoto. He intends to surpass his previous creation with a follow-up sequence of Naruto.

The Boruto manga debuted in the weekly shounen jump during May 2016. Undoubtedly it was a hit amongst the Naruto fans. The manga starts off with Boruto facing off against Kawaki on the destroyed stone faces of the Hokage. This initially brought great happiness to the readers showing them the potential of the manga series.

The Boruto manga later turns into the trash when filler arcs were used to buy time. The Boruto manga was a disgrace being called the successor of the Naruto manga series. What angered the readers was the main protagonist, Boruto’s character was completely different from his dad. He hates his dad and instead goes behind Sasuke who had abandoned his family. In Boruto manga, the entire storyline is twisted with Sarada aspiring to become like Naruto and Boruto wanting to become like Sasuke. It goes against the principles and beauty that made Naruto special.

Boruto: Naruto Next Generations comes back with a Bang

The Naruto manga series was considered one of the best mangas during its time of release. It was a creative mix of life lessons, action, comedy, and emotions. Naruto being the main protagonist was the most loved anime character throughout anime history. Masashi Kishimoto had created a sensational storyline with phenomenal characters leaving him no choice but to make 700 chapters. It comprised of very little fillers and was well-paced. It broke several sales records dominating the manga industry.

Naruto connects on a personal level

The character development was something no other series could accomplish. The readers literally grew up with Naruto in a heartfelt manner. From inspiring backstories to gut-wrenching guilt, it shows us the true meaning of companionship and loss of loved ones.

For most readers this was an escape from the real world, it teaches them a way of life with examples from various characters. Every character is given importance with a major contribution to the storyline. The best part is that every villain in the series only wants peace and goes out of the way to achieve it. Every villain has a sad backstory which subconsciously made them lose their way.

The Naruto manga Fan Base

With one of the largest fan bases, the Narutards or Naruto fans tend to buy anything and everything related to the Naruto. The Naruto Manga sold a total of 250 million copies of manga, making it the 4th largest sales of all time.

The Boruto manga is slow-paced compared to the Naruto manga series. It has currently left us with a lot think about regarding Jigen, Boruto, Kashin Koji, and Isshiki Otsutsuki. Dozens of fan theories and speculations are wavering around giving it a well-deserved hype after a long time.

The Naruto manga was very consistent in terms of content. Multiple characters with numerous character developments. It was almost as if they had their hands full the entire time. Although the Boruto manga is slowly catching up, it hasn’t managed to become better than Naruto. In the future to come Kishimoto has promised us that there would be ‘Major Deaths’ in Boruto.

Currently, the Boruto manga has not managed to surpass the Naruto manga in terms of popularity, plot, and sales. Do keep in mind, although Kishimoto doesn’t write for the Boruto manga, he supervises it and has great potential. We must have immense faith in Kishimoto as he did create one of the greatest masterpieces of all time. So with time Boruto: Naruto Next Generations will surpass The Naruto Manga.

Who was Kakashi’s Mother (Fan Theory)