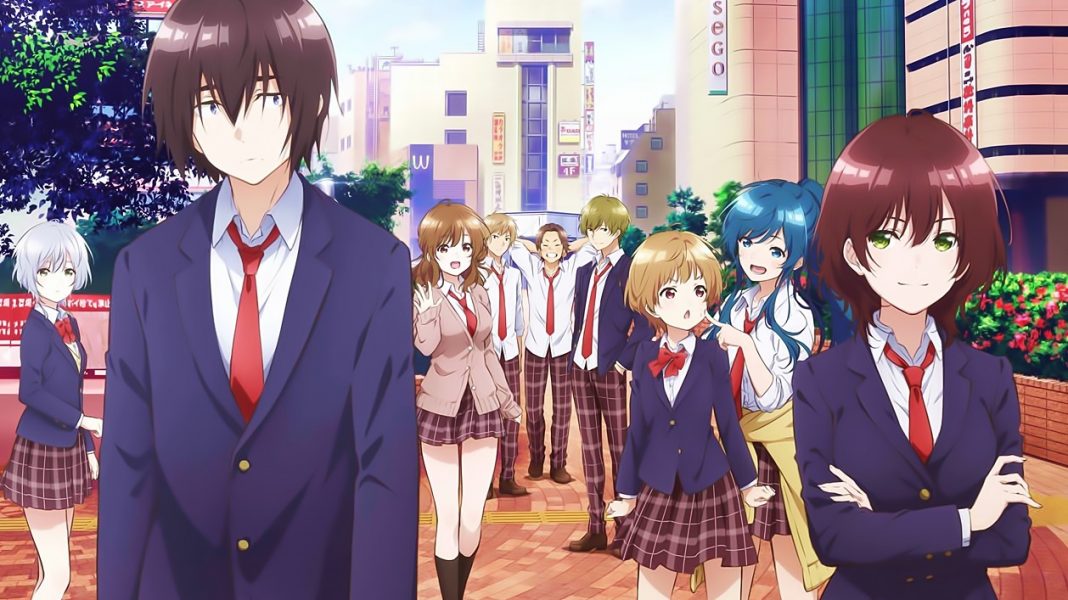 Excited about the new upcoming anime series! The official site of Bottom-tier character Tomazaki has finally released a teaser trailer of the anime. The trailer features Tomazaki who views the world to be unfair and unjust and Aoi who views life as just another game.

Shinsuke Yanagi is directing the anime Bottom-tier character Tomazaki. He has previously directed Angel’s 3 piece. Project No. 9 is producing the anime. Fumihiko Shimo is in charge of the script of the series. With Akane Yano in charge of character design. Hiromi Mizutani is composing the songs with Pony Canyon and APDREAM as the music producers. Satoshi Motoyama is the audio director. Bit Groove Promotion is in credit for the sound production and Dream Shift as the producer.

The Hepburn: Jaku-Kyara Tomozaki-Kun is the Japanese name for Bottom-tier Character Tomozaki. It is a Japanese light novel series. Uki Yaki is the writer of the novel and Fly has illustrated the anime. The novel has seven volumes published since May 2016. Shogakukan has published the volumes under their Gagaga Bunko imprint. Eight Chida was in charge of the art of the manga adaptation. The manga adaptation is serialized by Square Enix’s Shonen manga magazine since December 2017. The anime is all set to premiere in January 2021 with its amazing cast. To know more click here to visit the official website of the anime.

That’s all about the upcoming anime. You can also read Evangelion To Finally Release Its Final Film On January 23! , List of Weakest to the Strongest Uchiha! and much more!