Spoiler Guy
Home Release Date Bunny Girl Senpai Season 2 Confirmed for 2022? Why Is There A... 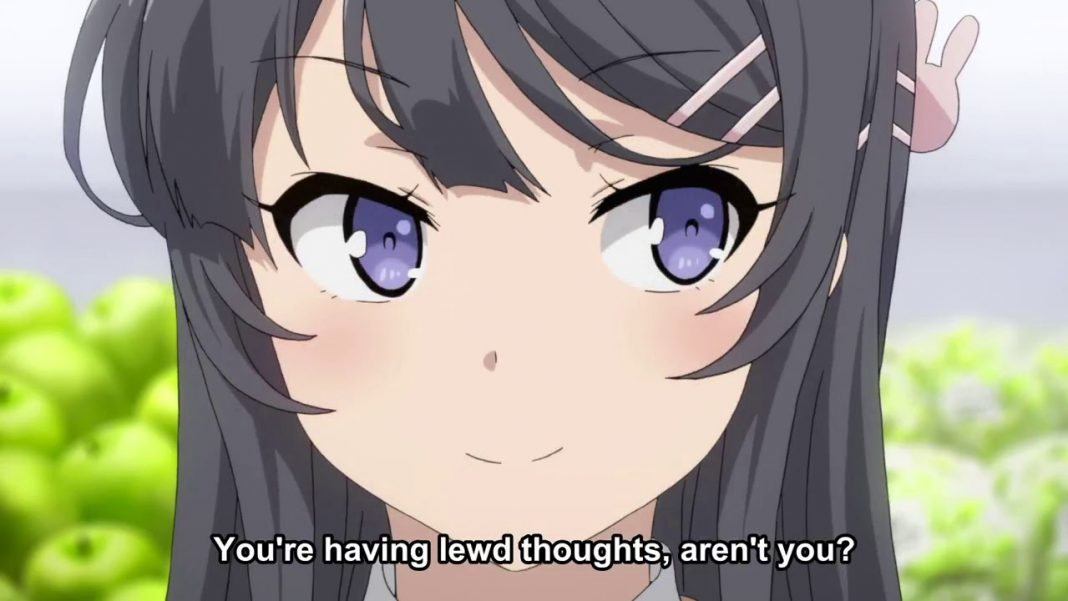 Bunny Girl Senpai Season 2 was expected to release long back by fans because of its tremendous popularity. But why would a slice of life anime with only 13 episodes and a movie have such immense popularity? It is because of its storyline and character development. it clearly shows the struggles of a loner, a popular girl, and all the underlying problems and emotions of a teenager. This slice of life anime has a supernatural twist to it making the anime a gold mine.

With every episode, you watch the more engrossed you get into it. Personally, this is my favorite slice of life anime of all time, and would love to see it get renewed for a second season. Bunny Girl Senpai is known all around the world for its emotional connection with its fans. Every web who watches bunny girl senpai will want to have a girlfriend after finishing the series.

Especially, the movie which showed a lot of physics and time travel was indeed one of the best movies to ever be created. The confusion and simplicity are two extremes that are well intertwined in the movie. It is almost impossible to explain one’s feelings while watching the movie. So, let’s check out everything there is to know about Bunny Girl Senpai Season 2 Release Date Confirmed? Latest Updates!!

It’s been 2 years since the first season released and there still hasn’t been a word from the staff of Rascal does not dream of bunny girl senpai. It took the world by storm after confusing the fans with their key visual of Mai-San wearing a bunny girl costume. Whereas, the anime is actually based on quantum physics and romance.

The overall plot revolves around Mai-san and Saukta as they try to solve their own teenage emotional problems as well other friend’s problems. It’s really amazing how equal importance is given to most of the side characters and how they play a major role in the big picture. This very reason made this series popular and was immediately adapted for a movie. Now fans are dying to hear the release date of Bunny Girl Senpai Season 2.

Make Sure to Check out our article on Maid Sama Season 2 Release Date, Will it Happen in 2021?

If we assume that it takes 5 volumes to make an animated season, then we must wait until volume 12 of the light novel series releases. Because currently there is not much content for the studio to adapt from. This is the reason why the staff and production company has not renewed the second season of Bunny Girl Senpai. It takes almost a year to release a new volume. So if take that fact into consideration, then volume 12 should be out in 2022 and so will season 2 of Bunny Girl Senpai.

As for the movie, it covered the 7th volume. This means the studio and staff have enough content to make another movie as well. Although the movie did extremely well and also has an 8.7 rating on MAL, fans would love it see the story unfold in the series.

Recommended: Noragami Season 3: When can we Expect its Release Date?

As we mentioned above, Bunny Girl Season 2 will adapt all the volumes from 8 to 12. This is just a speculation based on the current facts we have. It seems kind of obvious that the series has stooped with its season 1 due to insufficient source material. This also means that the progression in the light novel is so good that the studio does not want to deviate from its original source material.

Rascal Does Not Dream of Bunny Girl Senpai is an original light novel series created by Hajime Kamoshida. His ideology of teenagers and their problem have been portrayed beautifully in this anime with a slight touch of physics such as quantum mechanics. The light novel series also has a manga adaptation that has completed 4 volumes and is still ongoing. Bunny Girl Senpai is a well-recognized name around the world due to its anime adaptation which was adapted with the help CloverWorks. It also released a movie adaptation which was a super hit success and received an excellent rating from critiques.

That’s all for today weebs. Hope you guy found this article on Bunny Girl Senpai Season 2 Release Date Confirmed? Latest Updates!! informative. For more such updates and the latest news on Anime and Manga, visit Spoilerguy.

Make sure to also check out Top 5 Romance Animes you should be watching!!!