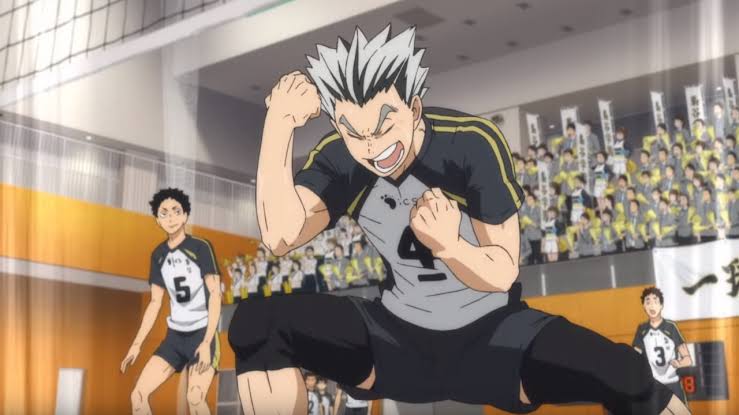 When we talk about anime of Sports Gene -Haikyuu is the first name that comes in our mind. This awesome anime has changed the way we see sports anime. After 3 Seasons and 60+ episodes, this anime has made everyone it’s a fan. The story of the anime based on Volleyball. The story of the anime revolves around  Shōyō Hinata a high-school boy who started loving volleyball but get a tease for his short height. And guess what, Haikyuu Stage play is confirmed.

Thursday, 9th January 2020. Crunchyroll Announces that it will add the “LAND VS. AIR” and “The ‘Path’ of the Ball” original video. Thee OVAs will be available on Friday at 3:00 p.m. EST on Crunchyroll. But it will be available for users in the United States, Canada, the United Kingdom, Ireland, Australia, New Zealand, South Africa, the Netherlands, Norway, Sweden, Iceland, Finland, Denmark, Turkey, and Latin America.

In the Miyagi Prefecture qualifiers for the Spring Tournament, Karasuno High School Volleyball Team manages to defeat Shiratorizawa Academy in an intense battle and secures their spot in the national tournament. Meanwhile in the Tokyo qualifiers, Nekoma High School, Fukurodani High School, Nohebi Academy, and Itachiyama Academy fight for the 3 slots to go to nationals. Will Nekoma High School be able to secure their spot in the tournament? Will we able to see a rematch of Nekoma and Karasuno’s Battle of the Garbage Dump on a national level? The Tokyo qualifiers are about to begin.

Millenasia “Be The Future” – AleXa, Dreamcatcher and IN2IT Spread Awareness...