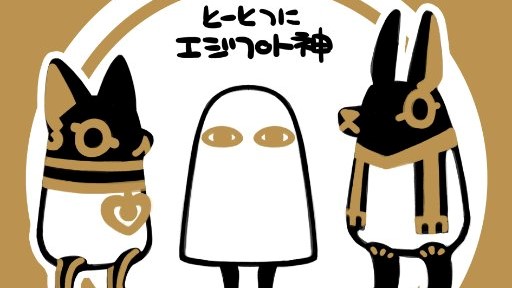 Hey Everyone! In this post, we are going to talk about an upcoming exciting anime. Crunchyroll has reported to air “Oh, Suddenly Egyptian God” anime to air in December.

Crunchyroll will premiere the anime on December 7. Tōtotsu ni Egypt Kami is the Japanese name for Oh, Suddenly Egyptian God. The anime will stream on Abema TV, FOD, d-Anime Store, and other sites. The anime will broadcast in Europe, Africa, Oceania, the Middle East, America, and parts of the other commonwealth of independent states.

The story centers around the world where god lives freely. The world of Egyptian god consists of many famous ancient gods such as Anubis and Thoth. Further, Crunchyroll defines freely where The God Bastet appears to be singing and dancing. Horus is into a part-time job. Medjed has a stone-face every time. God Set devotes her time playing pranks on others. God Ra is on a journey and scarcely visits home. As for the rest of the gods, they do the same which is whatever they want. The anime proceed with the unrestricted life of the Gods.

Yuka is the original creator of the anime. Katsuya Kikuchi is the director of “Oh, Suddenly Egyptian God” with Typhoon graphics. Yuichiro Higashida is in charge of the series scripts. Rena Okuyama is the character designer as well as the chief animation director. Keiji Inai is composing the music. Nonetheless, Frontier Works is producing the anime.

Nonetheless, if you want to know more about the upcoming anime series, click here to visit Crunchyroll. This was all about the upcoming anime series. Be sure to stay tuned for more updates. Also, read Baryon Mode: Naruto’s Final Form Explained! “This blog is written by Spoiler Guy.” Be sure to follow us on Facebook, Twitter, and Instagram for more interesting and the latest updates about anime.