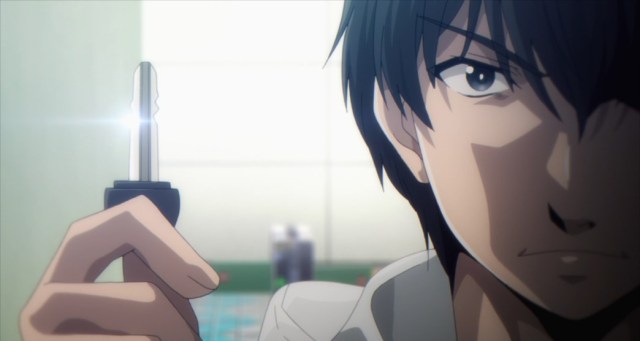 In the previous episode- Kaname won the challenge. Somehow, he manages to trick Wang and his gang. Kaname was also succeeded in saving the life of his comrade- Ryuuji. As for victory prize- Kaname talked to the interface creator of the game, he got some privilege by the creator which is yet to reveal. Furthermore, Kaname’s sigil name was also revealed- “Fire God Of Iron”. At the end of the episode, Kaname formed an alliance with Danjou Boxing Club. But the leader of the club- Danjou will test Kaname if he’s worthy for alliance or not? Darwins Game Episode 9 will reveal the answer to this question-

Darwins Game Episode 9 will air on Friday, 6th March 2020 at 00:00 (JST). Besides this, the anime will air in Japan on TV and as for online streaming, you can read more about Anime streaming websites here.